Bitcoin (BTC) And Altcoins Are At A Decision Point 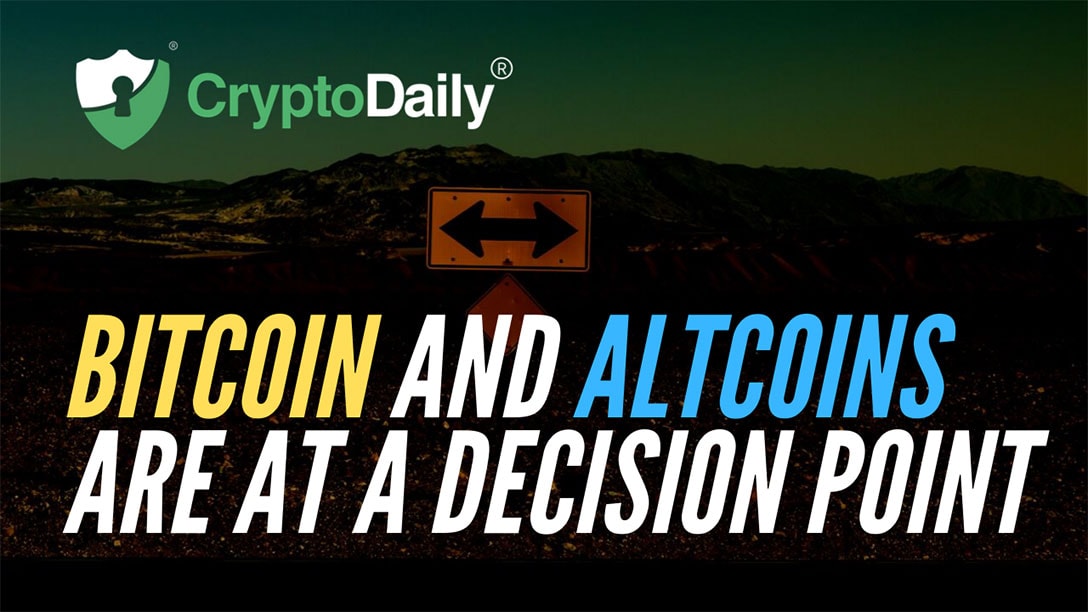 Like it or not the cryptocurrency market is at a decision point. As a trader, you have to make a decision here depending on whether you are bullish or bearish on the market. If you want to wait it out, then that indecision is also a decision in itself. In other words, this is the time when it is going to make all the difference which way you lean. If we look at Bitcoin dominance, it has declined to a key support on the daily chart. This level cannot break if we are to see Bitcoin dominance rise in the weeks ahead. If it does break, altcoins bulls would be right to claim victory as we might have an altcoin season on the corner. Barring all that, the setup remains bearish and we expect further downside in the market.

Ethereum (ETH) has pumped hard recently and the funding rate on futures exchanges has a lot to do with that apart from the naked manipulation. This is also a part of the manipulation as traders were compelled to long Ethereum (ETH) instead of Bitcoin (BTC) giving the false sense of an altcoin reversal. So far, Ethereum (ETH) has not begun its downtrend but it is very close to doing that considering the price has faced a strong rejection at a key resistance level that stood between Ethereum (ETH) and its breaking market structure in November, 2018. We might see a short term move to the upside towards $218 but this rally has come to an end and it is only a matter of time that we see ETH/USD begin its downtrend.

Ethereum dominance (ETH.D) has also run into a critical resistance which is another reason why we see further downside to follow soon. It has just tested the 61.8% fib retracement level and is now likely to start declining. Every time the RSI has shot up in this manner on the daily chart for Ethereum dominance (ETH.D), we have seen major downside follow in the days and weeks ahead. There is no reason to think that this time will be any different especially as we are still in a bear market. The Fear and Greed Index shows us that there is still fear in the market despite the recent manipulation. The index also takes tweets on Crypto Twitter into account and it makes sense that a lot of traders would still be fearful because most of the bulls and the bears did not expect this move.

The daily chart for BTC/USD shows that Bitcoin (BTC) is trading within a symmetrical triangle that it will soon have to break out of. Meanwhile, ETH/USD is trading within a descending channel. Longs vs. Shorts ratio for leveraged trades on Bitcoin (BTC) has remained more or less the same but the ratio for Ethereum (ETH) has declined in favor of the bears as it is down from 80% mostly because of traders taking profit after the recent move. It is pertinent to note that a lot of ICOs as well as whales are still holding big bags of Ethereum (ETH) and this is a very favorable point for them to unload those bags because unlike retail traders, the big players have no confusion as to what is really going on.