Will Apple's Entry to the Blockchain Space Be via its Rumored Secret VR Project? 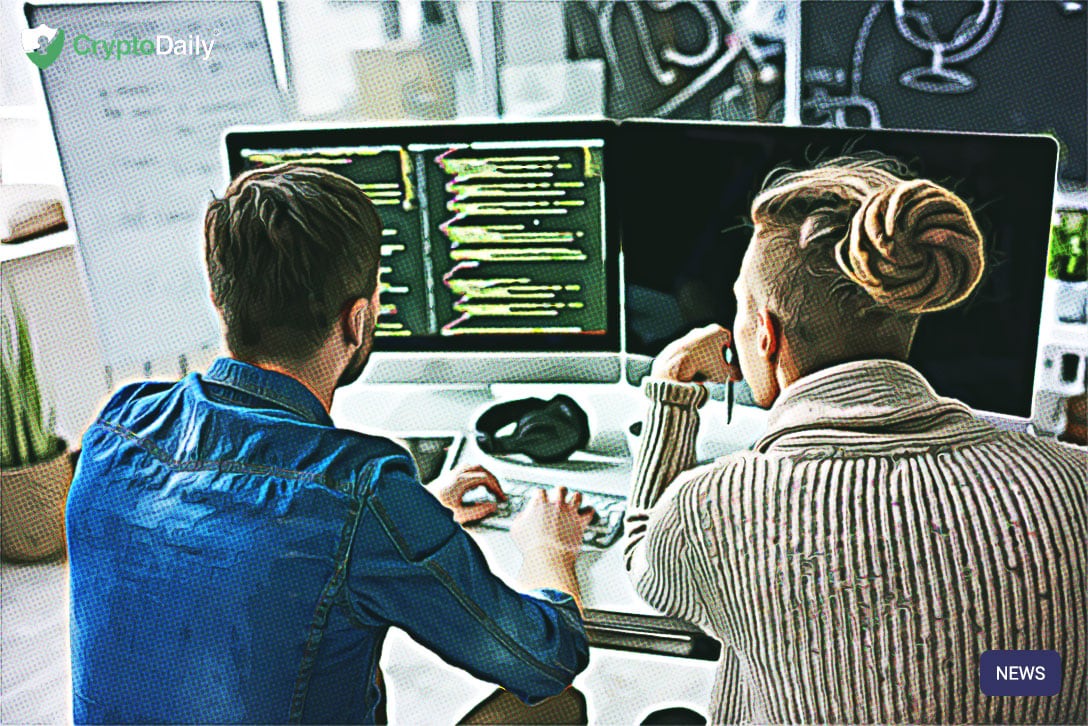 Early in September, the popular Apple news site MacRumors reported that the Cupertino tech giant is moving into VR. The company allegedly has a “secret team of hundreds of employees working on virtual and augmented reality projects.” The MacRumors article provided an extensive dive into the work that Apple is undertaking in the VR space, which includes a rumored ultra-powerful virtual reality (VR) headset and a set of augmented reality (AR) glasses.

The move reflects how all the big tech companies are having to work hard to keep up with one another as each makes their own forays into emerging technologies. Not only that, but they’re also sure to be investigating new and innovative ways to combine these technologies. For example, MacRumors previously reported that Apple was developing a set of high-end, over-ear headphones. Commenters were quick to speculate on the integration of Apple’s AI-enabled voice assistant Siri.

The company had previously announced the launch of Cryptokit, an API for developers to enable several cryptographic features. Could Apple also be intending to integrate blockchain capabilities with its AR/VR offerings?

It isn’t such a leap. While Cryptokit doesn’t currently support cryptocurrencies, Apple could be left behind if it doesn’t start to embrace blockchain. The recent news that China Telecom is developing a blockchain phone with 5G capability could spell bad news for a company that probably doesn’t want to lose any of its 50 percent smartphone market share.

After all, Samsung has been steadily expanding its blockchain footprint with the integration of wallet and dApp store features to its Galaxy products. Samsung’s Gear VR headset also integrates with the Galaxy product range. It would surely be easy enough for the company to start selling VR games and experiences that people can pay for using cryptocurrencies via their Galaxy phones.

The Path is Forged

The convergence of blockchain and VR isn’t even a new thing. Established VR brand Ceek conducted its own token sale last year, as a complement to its existing VR headset and range of entertainment streaming content.

However, the addition of the CEEK token means that the company can provide eager fans with tickets to exclusive VR concerts, behind-the-scenes sports content, and branded digital merchandise. The company has continued to capitalize on the potential of blockchain by introducing a voting feature, where fans can vote on live VR events.

A Whole Virtual World Beyond Entertainment

Gaming and entertainment are far from the only uses for VR. The technology is making an even bigger splash in the healthcare sector. Trainee doctors and surgeons are already using the technology to simulate real-life surgery and other medical procedures with companies like Bioflight.

However, Virtual Rehab is a company that’s using VR to great effect in the rehabilitation and treatment of vulnerable populations. The Virtual Rehab platform is being applied to help treat addicts and repeat offenders by exposing them to trigger scenarios in a closed, protected VR environment. All outcomes are monitored by a healthcare professional.

The company has seen an 87 percent success rate, earning itself various awards and accolades from different industry bodies. For example, it was the only VR company to be included in the US Department of Justice, Institute of Corrections Environmental Scan report.

Now, the company is pioneering the use of blockchain in a healthcare-based VR setting. The company plans to start recording patient data on the blockchain but on an anonymized basis. Rather than names, all data will be assigned to a wallet address. Along with personal data such as age and gender, Virtual Rehab will record biometric data collected during simulations.

Currently, vulnerable populations suffer from a severe lack of privacy with their personal data being shared openly on healthcare databases. This leads to stigmatization, which inhibits recovery.

By anonymizing data, patients stand a better chance of making a full integration back into society. Furthermore, it means the data can safely be shared with the medical community. Sharing the data means that Virtual Rehab is providing an active feed into ongoing research, helping to reduce the incidences of the conditions it helps to treat.

The VR markets are set to explode over the coming years, with CAGR forecast of close to 50 percent. Along with gaming, entertainment, and healthcare, we can also expect to see military, retail, and real estate use cases start to become more prominent.

It seems Apple is timing its move into VR well, to capitalize on this growth. The question is, will it follow in the trail blazed by the blockchain first movers? Time will tell.