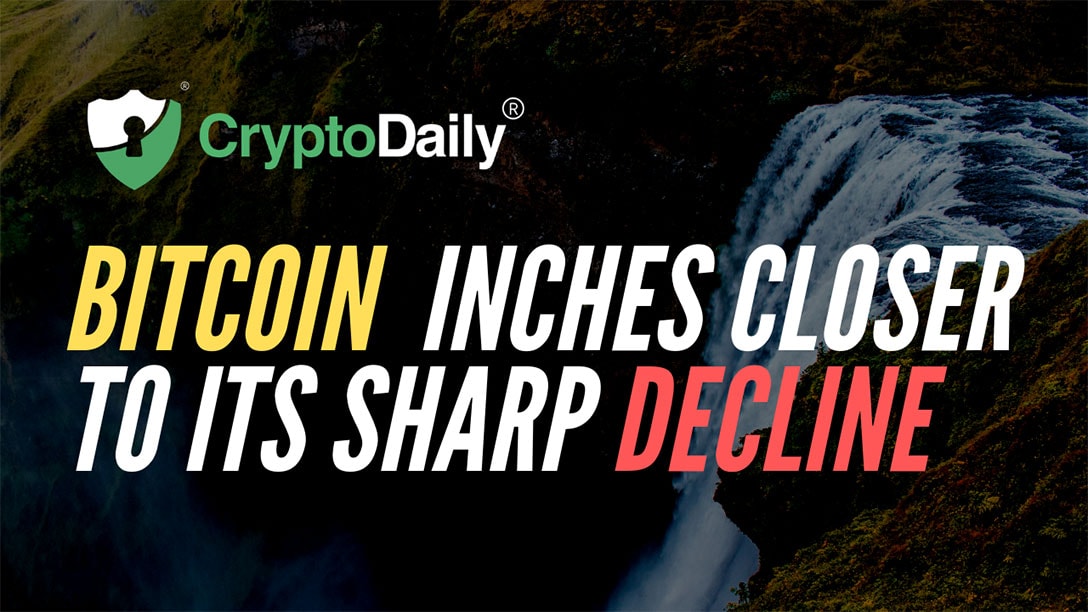 Bitcoin (BTC) bulls are very optimistic. In fact, if you take a look at Crypto Twitter, it appears that there are no bears around. More than 70% of traders are long on Bitcoin (BTC) and more than 80% are long on Ethereum (ETH). This leaves little to imagination as to what is going to happen next. If we take a look at the BTC/USD, we can see that optimism usually reaches such levels when Bitcoin (BTC) is in a bubble phase or has topped our as after the parabolic rally of 2017-18 when it formed a new all-time high. We all saw how that played out despite the optimism of the majority that expected it to rally to $30k or $50k from there.

We are in a similar situation now as the price has just formed similar three tops and is now on the verge of a downtrend just as we saw in early 2018. It is trading sideways for now but it cannot stall a move to the downside for long. Sooner or later the price is going to crash below that fib circle and when it happens, the price is going to fall down to the 61.8% fib extension level and ultimately a lot lower than that till it finds its true bottom around $1,200-$1,800. In our last analysis on Ethereum (ETH) we said the price was going to crash hard when it falls below the 50 EMA on the 4H chart. This was when the price was trading around $225. Soon after we posted the analysis, it plunged below the 50 EMA and is now trading below $217.

A lot of traders and ‘influencers’ are still very bullish and they expect the price to shoot straight up from here and break past $12k but it does not make much sense why they expect that when the price has failed for the past few days to break past it and is now on the verge of falling below a critical fib circle. The most obvious reason is that most of them have too much skin in the game and I don’t blame them for being biased. I’m biased myself on the bearish side but I have good reason to be biased when the indicators are screaming “sell, sell, sell” and the market is clearly long overdue for a correction after the recent parabolic run up. Some traders say that altcoins have already declined 90%-95%, do they have to decline more? Well, just because things are bad doesn’t mean they can’t get worse especially in this market. I don’t think we are ready for a new bullish cycle until most of the fraudulent ICOs and useless coins are wiped off the market.