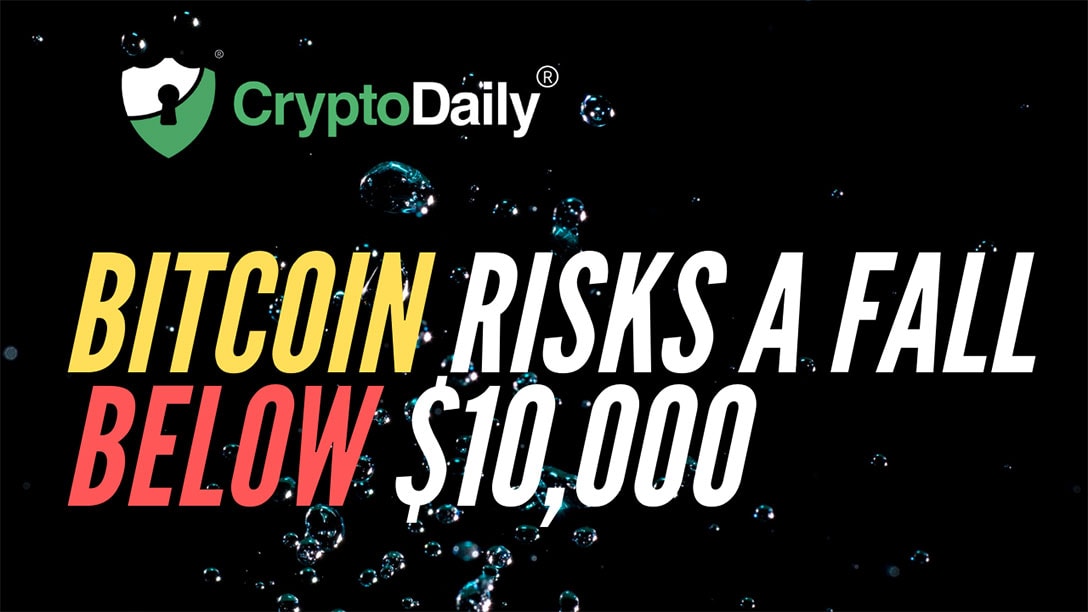 When we drew the rising wedge on the 4H chart for BTC/USD, it was just about to shoot up as we expected. It shot up soon afterwards and hit the top of the rising wedge. It then traded sideways and eventually declined well below it. Currently, it is trading below the 50 EMA on the 4H chart having closed below it. We have seen that a similar close in the recent past led to further downside. Therefore, we expect that the same could happen this time. If we take a look at the weekly chart for BTC/USD, we can see that it formed a gravestone doji and is now likely to form another doji before its eventual decline. Now, the pattern that it has formed is something we have seen numerous times in many financial markets.

If we look at an example of this, we can see that the price formed a gravestone doji, and then formed another doji in the following week and from there it began its downtrend. The same could happen in the case of Bitcoin (BTC). This would be very much in line with our expectations as the price will first retrace towards the 21 Week EMA and potentially lower towards the 50 Week EMA before finding temporary support for a bounce to the upside before it begins another downtrend. This would put the price around the December, 2018 lows towards October, 2019 or perhaps towards the end of the year. After that, we will see a relief rally in anticipation of halving which will once again be capitalized on by the whales and eventually we would see Bitcoin find its true bottom around June of 2020 before it begins a new bullish cycle.

Taking a look at Coinmarketcap, we can see that Bitcoin has declined more than other top cap coins mainly because it pumped more than those coins a day before. Now, why did that happen? Well, major players were converting their altcoins to BTC and as we have seen today they are converting that BTC to fiat which is why it is down harder than other large coins. The EUR/USD pair shows that it is likely to resume its downtrend anytime soon as the pair is expected to break below the descending triangle it is trading in. This decline would be devastating for Bitcoin (BTC) but also in line with our expectations as we see the EUR/USD pair to be the major driver that is going to lead the price of Bitcoin to its true bottom.