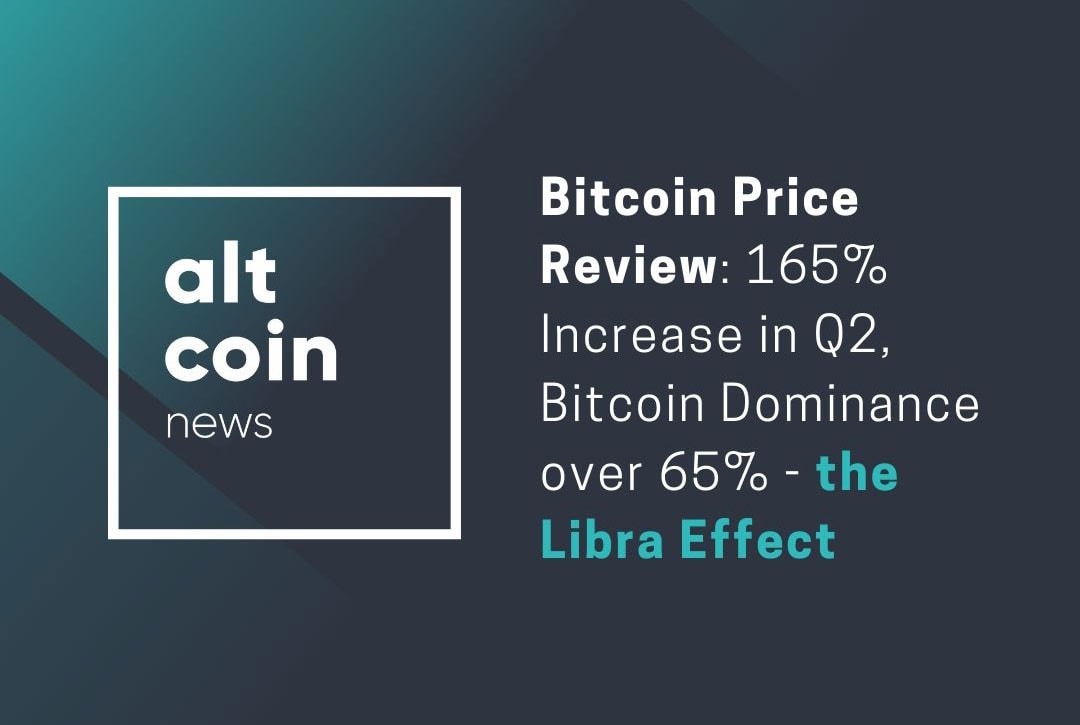 In our review, we want to focus fully on Bitcoin and look back. How did the Bitcoin course develop in Q2 2019 and which news and events had a particular impact on the king of all cryptocurrencies? We also look at the Bitcoin dominance and further developments.

The Bitcoin price rose a whopping 165% in the second quarter of this year, bringing many  smiles to Bitcoin investors. Bitcoin was able to outperform most of the Altcoins and was one of the main drivers for a total growth in the crypto market of over 100%. 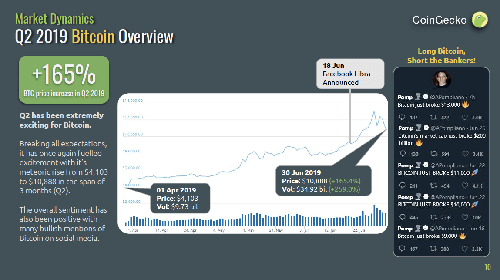 June 18th will probably have been one of the main drivers of the recent Bitcoin Bullrun: the day Facebook introduced the Libra project. A global payment system based on a stable cryptocurrency called Libra. A project in which many big names want to take part, but which seem to gradually backtrack, because the regulators want to make a dash for Facebook.

June is also considered a special month because it broke the $10,000 mystical mark this month. An event celebrated worldwide by Bitcoiners, sparking a fireworks rally that was strongly reminiscent of the latest big FOMO (Fear of Missing Out) at the end of 2017.

The BTC price jumped to more than $13,800 after passing through the $10,000 mark, a region where the price failed many times. A wild roller coaster ride that we will not forget anytime soon.

The Bitcoin dominance - blessing for all Bitcoiner, curse for all Altcoiner

In the second quarter of 2019, the Bitcoin dominance also increased extremely in the course of the Bitcoin Bullrun, rising from 54.6% to over 65% during this period. Of course, this was done at the expense of Altcoins, where especially Ripple had to lose a large part of his market share. Ripple's share of the total market capitalization of all cryptos dropped from 9.8% to 5.7%, a significant decline. But not only Ripple but also Ethereum, EOS, Litecoin and many others just could not keep up with Bitcoin. Will this hand turn around in Q3 with a possible Altcoin Season? The reason for the strong development in Bitcoin and the dominance was not only the strong price performance but also the fact that more and more Altcoins are becoming irrelevant and could probably leave the market by. The ever increasing recognition of Bitcoin as a store of value and possible "safe haven" in times of crisis has given the Bitcoin course the rest and left Altcoins finally behind.

So in Q2 2019 it all seemed to be about the first of all cryptocurrencies, a network that has delivered its service impeccably for more than 10 years, growing from month to month, making it safer. 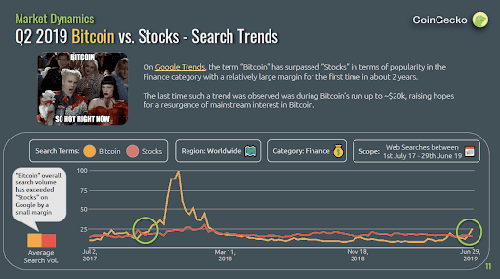 Also a look at Google Trends underpins the increased interest in Bitcoin, which is certainly due to the higher price. Bitcoin as a search term could even depend on the term "stocks". This was most recently achieved during the big hype in 2017, so here too a clear rising trend can be seen, at a time when the global economy is slipping towards the next big crisis.

PREVIOUS Max’s Corner: Facebook And Google Have A Big Problem And They Don’t Want To Admit It
NEXT How bitcoin investors reacted to COVID-19