USDQ Smart Contract is Revealed by PLATINUM ENGINEERING. Q DAO Ecosystem is Alive Now! One of the most secret Platinum Blockchain Lab developments. 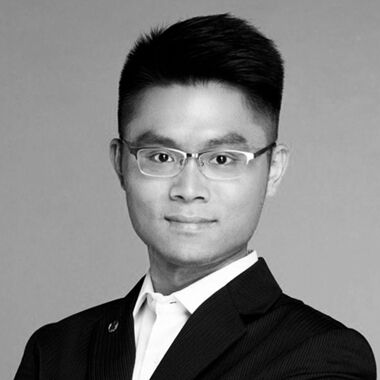 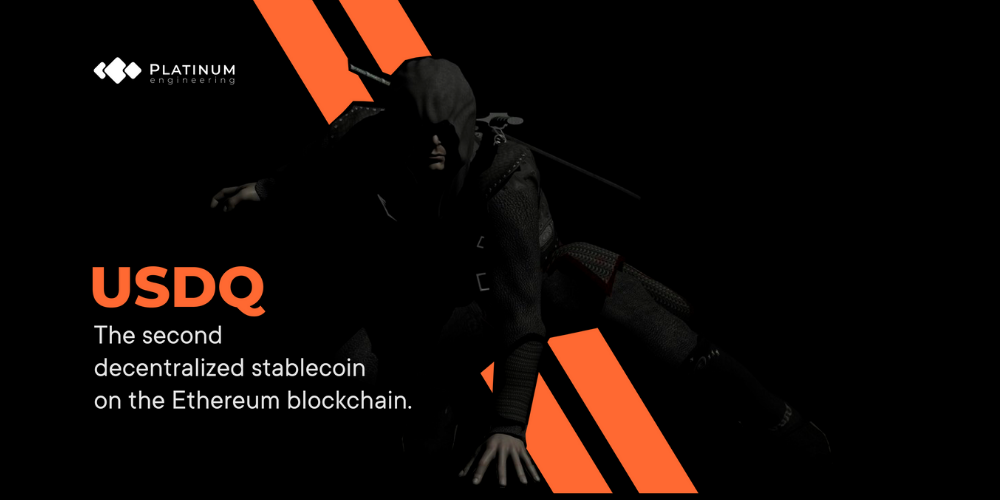 PLATINUM ENGINEERING team  announced the reveal of the smart contract to govern the independent one-of-a-kind decentralized stable asset USDQ. The stable coin USDQ token is fully backed and correctable by bitcoin and in the near future other top 10 cryptocurrencies serving as a fully functional asset pegged to the U.S. dollar in a 1:1 ratio. The full smart contract can be found on the official Ethereum network. The USDQ is an Ethereum token written according to the ERC-20 protocol, and since there is no central authority in charge of issuing the coin, it is considered as decentralized since opposed to other stable coin competitors around.

The USDQ token is a stable asset that can be used to hedge against the high volatility that most cryptocurrencies experience. The USDQ smart contract is an important piece of the stable coin’s ecosystem. The function of issuing each token is governed by this computer code. First, the smart contract will use parameters such as the collateralization proportion that determines the number of bitcoins needed for issuing one USDQ token. With this mechanism, no USDQ token is ever issued without proper collateralization. The smart contract also ensures that each collateralized position, known as Collateralized Debt Contracts (CDCs), has in accordance with the rules of each transaction. For instance, it follows the amount needed for the CDCs to be considered fully repaid, as well as taking the obligation of receiving back the USDQ when the collateral is released and destroying them out of circulation. 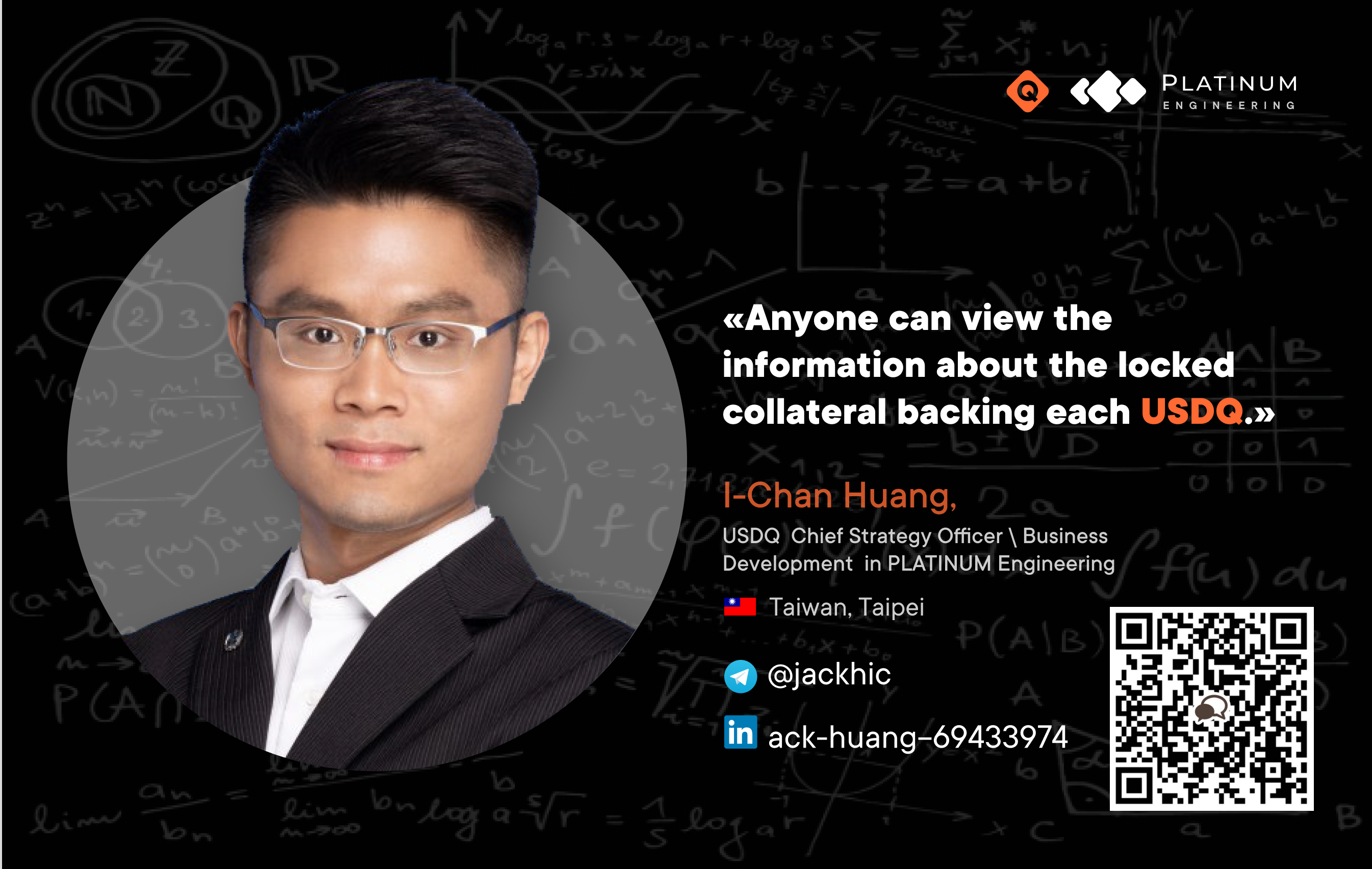 One of the most important functions of the USDQ smart contract is hosting auctions to quickly stabilize the price and value of the collateral locked for USDQ. This is a measure that takes place when the value of bitcoin and other cryptocurrencies goes down past a global target price defined by the Q DAO  governance system. This system utilizes its own governance token called the Q DAO token meant to be used to provide voting rights and participation in the decisions made by the Q DAO as a collective majority.

The Platinum engineering team is the main developer of this stable asset, however, past the initial development USDQ will only be issued by the smart contract. This smart contract contains all the rules and governance requisites of the independently-led community called Q DAO . This group is comprised of Q DAO  token holders themselves. The technology of USDQ allows it to become a digital option to transfer value instantaneously anywhere in the world. And because it is fully collateralized by bitcoin, USDQ offers a highly liquid, digital alternative to cash with the purpose of making 24/7 instantaneous transaction settlement online. Bitcoin deposits are always held in segregated wallets under a crypto asset control system.

The PLATINUM ENGINEERING team argued the need for the USDQ stablecoin by stating:

“We wanted to take a step towards challenging and reinventing the market for stable coins. So far, most stable asset choices for users are legally-backed crypto that people must ultimately trust with centralized parties having enough fiat on their bank accounts to back up each stable token. We find this system to be highly inefficient and open to possible manipulation. USDQ is a natural answer to this and we are certain people will adopt it quickly.”

The USDQ stable asset is a possibility even for decentralized exchanges as now they can easily adapt and choose over popular stable coins that are working on self-audits and less than transparent methods of issuing their centralized stable currency. The need for non-volatile assets in the crypto market can now be satisfied with a reliable option which is fully backed by other cryptocurrencies.

USDQ is brought by the PLATINUM ENGINEERING team, as a measure to develop a high-endurance stable coin that uses innovative solutions in collateralization, price stabilization mechanisms, and oracles. The team plans to support a wide array of stable coins with pegs to other fiat-based currencies such as the JPY, KRW, SGD, HKD, CNY, RUB all under the Q DAO brand. Fully anonymous, USDQ breaks limits out of this legacy world.