How can I buy a Bitcoin? 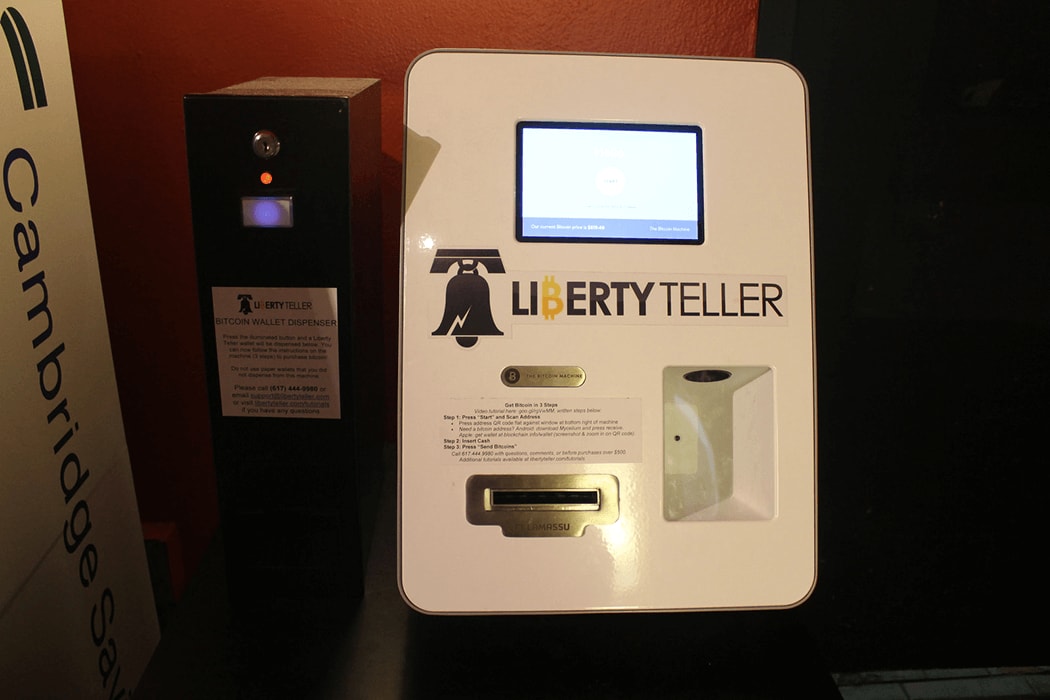 Now that you understand the basics of Bitcoin, the next logical step is to actually get some. But how? This brief guide will teach you all you need to know. At present, Bitcoins are either bought directly from other people through marketplaces, or purchased at a Bitcoin exchange. They can be paid for in a number of ways, from cold, hard cash, to debit and credit cards, to a wire money transfer, and even using other cryptocurrencies. It largely depends on where you live and from whom you’re buying your Bitcoins.

How can I buy Bitcoins?

Despite the popularity of Bitcoin as the world’s leading cryptocurrency, and the serious discussion of it at many financial centres around the globe, it remains surprisingly difficult to use PayPal or your credit card to purchase Bitcoins, depending on the jurisdiction in which you live. Of course, the reason has less to do with Bitcoin, and more to do with the transaction methods themselves. These sorts of purchases can be easily reversed with nothing more than a telephone call to the card company, or by raising a report with PayPal. When you’re talking about the transfer of Bitcoins, it is difficult to prove that any goods have actually changed hands. This is the reason most private sellers, and almost all Bitcoin exchanges, do not accept credit cards or PayPal for such transfers. That said, the options have recently grown for consumers in certain countries.

Where do I keep my Bitcoins?

Before you think about buying Bitcoins, you’re going to need to get a Bitcoin wallet. Though ‘wallet’ is the accepted terminology, you’re better off thinking of it as a sort of bank account, specifically for your Bitcoins. As with any such set-up, there are different wallets you can choose from depending on the level of security you require for your funds, with some of the higher-specification wallets attracting a higher fee to initialise and run. Some wallets act like a regular spending or current account, and can be reasonably compared to a regular leather wallet. Other accounts include the sort of encryption and security that would not seem out of place in a major financial centre, or even in the military. There are four main types of Bitcoin wallet: • A software wallet, which remains stored on your computer’s hard drive

• A vault wallet, which protects your Bitcoins by keeping the wallet offline

• A multisig (that is, a multiple-signature) wallet, which requires the use of a number of keys in order to protect the account.

It is important to note that none of these options is entirely invulnerable to hacking or other forms of online theft, and each has its own downsides as far as security is concerned.

How can I buy Bitcoins with a credit or debit card?

If you’re based in the United Kingdom, there are three main providers who offer the opportunity to make a Bitcoin purchase with your credit or debit card – Coinbase, CoinCorner and Bittylicious. All three accept 3D secure-enabled debit and credit cards, so long as they are on the MasterCard or Visa networks.

How can I buy Bitcoins with cash?

This is where face-to-face (FTF) or over-the-counter (OTC) transactions come into play. The easiest way to acquire Bitcoins, provided you live somewhere that allows you do so, is to make a FTF trade with a local Bitcoin seller. It allows you to avoid any potential hassle with the banks and offers a certain amount of anonymity to you as a buyer. It should be stated up-front that you will still need a Bitcoin wallet, and that you should be very wary of a local seller who advises otherwise, or who says that they will set one up for you.

Just as you would not trust another person with your bank account details, nor trust them to set one up in your name, you should make sure that the only person with the details of your Bitcoin wallet is you. There are online services, such as LocalBitcoins, where you can arrange your transaction and agree a price before meeting up with the seller. The purpose of this is to ensure that a cost of the trade can be set prior to making the payment. LocalBitcoins also operates an escrow facility (in which the funds are deposited with them to be paid out to the seller, and vice versa – the site essentially acting as a middleman for the trade). This adds a further layer of protection to the trade.  Face-to-face is a slight misnomer. It is entirely possible never to meet the seller. If an amount is agreed, you can make a cash transfer from your account into theirs, or you can go to their local bank and make a cash deposit into theirs, and then provide them with a receipt.

Once they have this, the seller should deposit the Bitcoins with you, for storage in your Bitcoin wallet. However, genuine face-to-face trades, where you meet the individual concerned, can and do take place, every day. As with any cash transaction involving a person you don’t know, you should have consideration of your own personal security, particularly if you are looking to trade a sizeable amount. First of all, you should always arrange to meet in a busy public place. The flip-side of this, but worth repeating, is that you should never arrange to meet in a private home, no matter how good a deal you’re getting. If the seller tries to give you some reason as to why this has to happen (that his Bitcoin wallet security is set-up in a way that it has to be operated from his home machine, for instance), then politely walk away and find another seller. The potential gains for your Bitcoin portfolio are not worth the attendant risks. In short, you should take all the precautions you would normally expect to take when walking around with a large amount of cash. Now, it’s possible that the seller will not need an actual cash transaction.

An online bank transfer might be entirely acceptable to them, but they want you do do it there and then, so they can see the money going over, before they reciprocate with sending you the Bitcoins. Some sellers might even allow you to make a payment via your PayPal account, though most would be understandably reluctant to do so, preferring a non-reversible method of payment, for all the reasons mentioned earlier in this piece.

If you hope to pay by PayPal, ensure that you confirm that this is OK with the seller before meeting up, to avoid embarrassment and wasting one another’s time. Depending on the person you are trading with, they might impose a premium of between 5% and 10% on top of the current Bitcoin exchange price, to allow for the convenience and privacy of a face-to-face trade (and to compensate for their time in meeting you to conduct the transfer).

Any reputable trader should be willing to set the price before you meet, but many will institute a window of opportunity for whatever deal you strike, not wanting to wait for too long, just in case the value of Bitcoin takes a sudden and dramatic shift. It should go without saying that, if you're meeting someone for a face-to-face Bitcoin sale, you will need some way of accessing your Bitcoin wallet. If this involves bringing along your tablet, smartphone, or laptop, then so be it, but don’t forget the other essential component: a live and active internet connection to be able to confirm the transfer.

A word of caution

When considering a face-to-face purchase of Bitcoins, you would be well-advised to check that such a trade is legal in your area, before agreeing to meet. There is little reason why it shouldn’t be but, since the laws for such transactions differ from one jurisdiction to the next, it is best to be sure ahead of time. Also, there is a risk you might excite the interest of local law enforcement if you’re exchanging large sums of cash with another person in a public place. While unlikely, and easily explained, there is always the chance that a passing police officer might suspect you of trading in something a bit more illicit that cryptocurrency.

Of course, one-to-one trades might not be your cup of tea, and that’s understandable. A popular form of direct trading in Bitcoins is the meet-up group. You can use a website like meetup.com and see if there is such a thing in your local area. The principle is the same as a face-to-face exchange, but in a group setting that allows for a greater feeling of safety among the individual attendees, and also allows you to learn more about the Bitcoin market from other members of the group.

This is a relatively new concept, but Bitcoin ATMs are increasing in both number and availability across the UK. Several vendors have either released, or are experimenting with these machines: BitAccess, Genesis Coin, CoinOutlet, Robocoin and Lamassu to name but a few. The principle is simple – a Bitcoin ATM serves the same function as a face-to-face transaction, only with a machine instead of another human being. You insert your cash into the ATM and then (depending on the vendor) you either receive a paper receipt containing the relevant codes you’ll need to load your new Bitcoins into your wallet, or you receive a QR code that you will be able to scan with your mobile phone. The rate of exchange has been seen to vary wildly with these machines, and many of them add a fee for the convenience of the service, which can be as high as 8% of the transaction cost.

Other ways to purchase Bitcoins

Consumers in the States who are classed as underbanked (that is, they don’t have sufficient access to the sorts of mainstream products and financial services usually offered by retail banks), can use expresscoin, who have recently emerged to cater to this very market, accepting wire transfers, personal cheques, and money orders to pay for Bitcoins. No such service exists in the UK at this moment in time.

What countries can I buy Bitcoins from?

Bitcoin is expanding rapidly into many different markets, and it is not only possible, but expected, that a Bitcoin trader will want to buy in one market and sell in another, as the different exchanges offer different rates. With third-party organisations like CoinBase available to assist the transactions, buying Bitcoins from a different country is now easier than ever. While the spread of Bitcoin is hardly universal at this stage, every major financial centre currently operates at least one Bitcoin exchange, and analysts predict that this growth will continue into developing markets.

At present, the following countries all have a trade in Bitcoins:

Canada, United States of America  As with any international financial transaction, it is important to make yourself aware of the various laws and conditions that might impact on your transfer, be it your payment to the seller, or your receipt of Bitcoins from them. If in doubt, it may be worth your time speaking to, or hiring, a dedicated Bitcoin broker to make the exchange on your behalf, for a fee.

Buying Bitcoins is certainly not as easy as many newcomers suspect, although the ways and means by which to do so are increasing and developing all the time. As Bitcoin continues to make its presence felt in the global marketplace, the process of making Bitcoin transactions will become ever more simple, as a way of enticing developing markets, new investors, and new consumers to the currency.