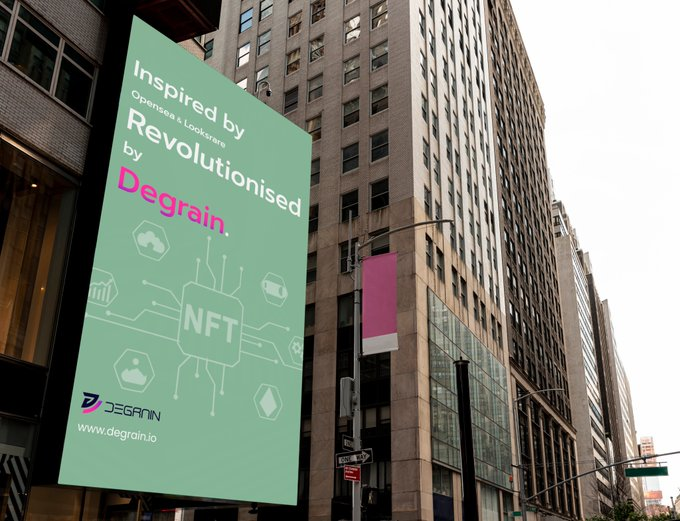 We may be in a bear market, but that does not mean investors don’t have their eyes peeled for profitable investments. Those that have been looking have their sights set on a handful of coins in the ecosystem, including Degrain (DGRN), Apecoin (APE), and Tron (TRX).

Tron (TRX) and Apecoin (APE) have been in the game longer than Degrain (DGRN), but analysts have been talking more about the revolutionary token. Tron (TRX) has paid its dues over the past few years, and Apecoin (APE) made its investors a lot of money not too long ago, so why do analysts rank Degrain (DGRN) above them when it comes to projects with great potential? Keep reading to find out.

Apecoin (APE) was created to support the evolution of gaming, art, entertainment, storytelling, and every other activity carried out on the web3 space.  Apecoin (APE) started trading on markets in March 2022, so compared to Tron (TRX), it is relatively young. Unfortunately, the bear market has hit the coin hard, and it is currently trading at $6 after reaching an all-time high of $26.24 within a month of its creation. This has investors wondering if it is time to cut it lose or bet on its success because Apecoin (APE) is an NFT token at the core.

Tron (TRX) was created in 2017 by the Tron foundation, which is led by Justin Sun. The platform can be regarded as the social media of the blockchain as it supports creating and sharing content with anybody, anywhere on earth. It is creator-friendly and aims to offer content creators the chance to get paid for their content. At $0.06, Tron (TRX) is over 77% down from its all-time high of $0.3, but with interest in dAPPS still high, analysts believe that the coin might be able to cough out even more profit.

Degrain (DGRN): The new kid on the block tipped to be the best investment of 2022

Degrain (DGRN) aims to become the first cross-chain NFT marketplace to work with real life companies. The token debuted in a presale held on July 7th and has steadily gained traction in the ecosystem in the past few weeks. In the first minute of the presale, the Degrain (DGRN) token had more than 11 million sales at $0.01, but since then, the token's value has skyrocketed to $0.06 having sold out of Phase One in under two weeks. The second phase of the pre-phase has begun and already over 60 million tokens have been sold.

Liquidity will be locked, the team will be unable to sell any tokens during the first year and the smart contract has passed its audit, thus proving to be a safe investment for holders. Top crypto analysts are predicting this to be the best investment in 2022 with over an 8,000% increase before the end of the year. After the research we have conducted we certainly believe this to be highly likely. You can enter the presale too using the links below.