What is Mixed Reality and how is it changing the gaming industry?

in MR FOTA
by Crypto Daily 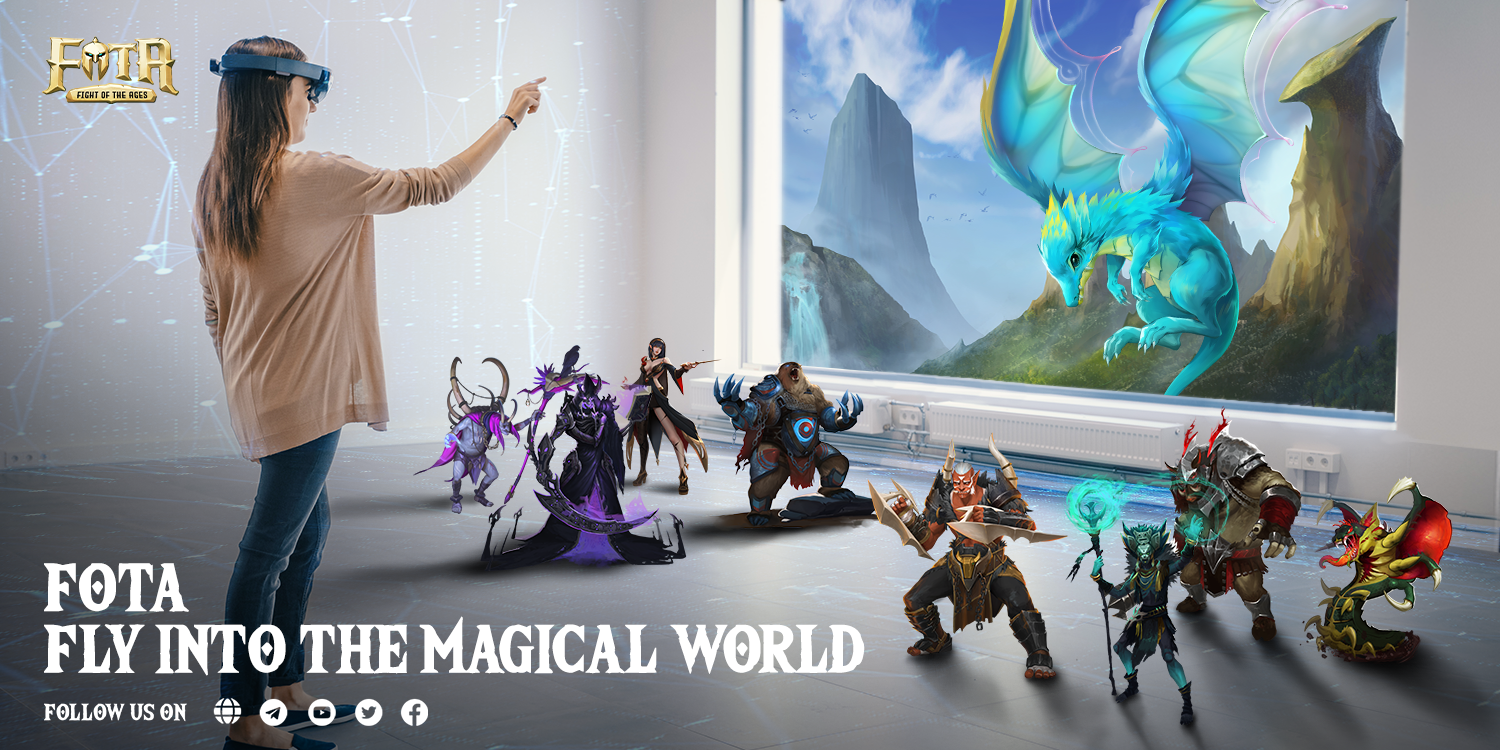 Mixed reality (MR) bridges the virtual and real world. Virtual reality and the physical world carry limitations. In the physical world, we are restricted by what is possible as you cannot fly in the sky, leap thousands of feet into the air or witness the inside of a volcano. Virtual reality allows you to do these things. However, the technology is young, the equipment expensive and cumbersome and is still restricted by the real world. Restrictions are due to physical play areas restricting movement, eye strain and more complications. Hence, MR aims to bridge the gap between the two and augment real-world and virtual experiences. MR is more affordable, usable, manageable, and fun.

MR is not a new technology as it is utilized globally. One example is camera filters when taking videos on popular social media platforms. Also, the global phenomenon Pokemon Go also used AR in its game, blending the real world with that of another was a worldwide success. Technology has been limited to AR so far, as devices do not have the power required to add to the physical world. If phones were capable of adding something digital or virtual to the real world - it is then MR. Microsoft Mesh has created the first way to access and use MR content, blending all the benefits of immersion from virtual reality with none of the complications.

MR offers substantial benefits to the gaming industry. No matter how good a game is, it is played on a 2D screen. In a video game, the players are restricted by what a developer allows them to do. If they see a bottle on the floor, it is purely cosmetic - however, using MR, a player could pick it up and use it. MR allows players to have one foot in the real world and one foot in a virtual, limitless world. Due to the potential of the technology, MR is something that over 87% of businesses are exploring and developing.

One vital element of MR desirability is the growing metaverse concept. Studios and businesses are creating metaverse content for the digital world. However, there is always the limitation that these valuable metaverse non-fungible tokens (NFTs) are restricted to the digital world. MR bridges this gap and offers an unparalleled opportunity for gaming and the metaverse. For example, in a traditional game, you acquire a character skin, which is not worth any value and can be equipped in a 2D game. In a play-to-earn blockchain game, you obtain an NFT character skin with real value that can be sold or equipped but still stuck on a 2D screen. Then, with an MR game, a player would be able to bring that NFT item into the real world and show a friend their rare avatar or expensive hammer.

Enter Fight of The Ages (FOTA) - blending gaming with the digital and physical world. FOTA is a Triple-A gaming experience soon to be in beta. The game is a MOBA-RPG with a deep class/race and NFT system, featuring numerous magical worlds, competitive gameplay, story-driven casual gameplay and more. FOTA aims to create a whole new universe for gamers to experience.

The FOTA universe is called Aether and contains three worlds: Greenland, Earth and the Nightmare. Players will obtain a level 0 hero who acquires experience travelling to, exploring and completing quests in these worlds. Every player will choose a unique hero to journey with, and use their powers, story and missions. Heroes can be evil, such as Cyril, a demon and brutal tyrant of the Nightmare world who declared vengeance upon the gods. Instead, a player may want Godwyn, a supreme god who believes no one is born evil. Regardless of the chosen hero, they can be enhanced with rentable, exchangeable and sellable NFT weapons, skins and equipment.

The FOTA world features rich lore and boundless history, with unique NFT items to bring into the real world. FOTA is the first of its kind MOBA-RPG to bring gaming into the physical world with the highest quality and player customization. With businesses and companies looking towards the metaverse and MR, FOTA is the first to bridge the gap and augment our reality with their MR game. For more information, visit us at: