As Crypto Cools Down, The Blockchain Events Calendar Is Heating Up 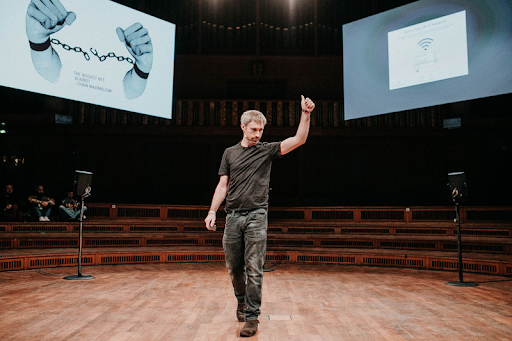 The world of blockchain is growing fast, and though the recent bloodbath in cryptocurrency prices has left a bitter taste in the mouths of many “hodlers”, there’s a lot to look forward too with the birth of new projects that promise accelerate innovation in a multitude of industries.

The truth is that blockchain is far more than just a method of payment. Today there exists a plethora of blockchain projects building solutions in the areas of finance, property management, digital rights, decentralized governance and much more besides. Looking to explore this future is a series of upcoming global events that aim to showcase this innovation and celebrate the progress of crypto.

This is your opportunity to meet face to face with the world’s top blockchain experts and crypto project developers, listen to their ideas and share opinions on numerous topics within the space. Some of these events take place annually, while others focus only on very specific projects, but in any case the excitement they generate is a timely reminder of the reasons why you’ve decided to HODL on all this time.

The summer of blockchain events kicks off with Polkadot Decoded, the biggest Polkadot event of the year, which takes place over two days from June 29 across four global venues - Berlin, New York, Buenos Aires and Hangzhou.

Polkadot Decoded is a series of events including in-person and livestreamed keynotes from the biggest names in the ecosystem, including leading personalities from all of the top Polkadot parachain teams. The event will host literally hundreds of talks, live project demos, interactive workshops and other experiences on the subject of Polkadot and Substrate.

Uniquely, this year’s edition will be the first ever in-person event, with the first two editions both taking place in the virtual world. To make up for the lack of face-to-face events previously, Dr. Gavin Wood, the founder of Polkadot, is set to deliver live keynotes at two venues - New York and Buenos Aires - with his full speech livestreamed around the world.

The New York festivities will be managed by Polkadot parachain Moonbeam, which has promised an action-packed program with dozens of speakers at the Webster Hall venue, with appearances from representatives of Manta Network, Parallel Finance, Acala and Equilibrium, as well as Parity itself. Speeches at the Buenos Aires event will mostly be delivered in Spanish as a nod to the large support Polkadot has from Latin America, while Hangzhou was selected due to its status as a key blockchain hub in China.

There’s a special incentive for attendees too, with the first 50,000 who sign up entitled to receive a free NFT that marks their official attendance at the event.

The biggest annual crypto event of the year in Asia, Korea Blockchain Week runs from August 7-14 and is a hip, happening event that brings together some of the brightest minds in the crypto space to shape the future of finance.

The event, co-hosted by FactBlock, Hashed, ROK Capital and MarketAcross, will see illustrious names including Anatoly Yakovenko of Solana, Sandeep Nailwal of Polygon, Yat Siu of Animoca Brands and Illia Poloshukin of NEAR Protocol deliver engaging keynotes. Taking place in the heart of Seoul, the event will also feature dozens of pitch competitions, panel discussions, investor meetups and more, with topics centered on blockchain, crypto, DeFI, NFTs and the metaverse.

The frenetic pace of the events will be matched by the exhileration of the Formula E World Championship race, which takes place just miles away from the main venue. There, some of the world’s most talented drivers will battle it out on the track to come out on top. Then, to top it all off, the fun will culminate in one of the most highly-anticipated music parties of the year, the KBW2022 After-Party, involving some of the world’s best DJs.

EthCC 5 runs from July 19-21. It’s the largest annual European Ethereum-focused event that provides an up close look at all the latest technological and community developments, with three days of intense conferences, keynotes, networking and learning.

Hosted at the Maison de la Mutualité in Paris, EthCC is an event that’s created by the community for the community, on the idea that sharing and transmitting knowledge is the most effective way to develop and foster a fertile ecosystem that benefits everyone. To that end, the event will cover a range of subjects that address different levels of blockchain technology comprehension, through multiple conferences and workshops.

Besides the flagship events, there will be multiple side events taking place, including meetups, panels and plenty of parties taking place in the same week.

The official hackathon of the Blockchain Futurist Conference, ETHToronto is a three day hackathon event that runs from August 8-10, pitting teams of developers in competition against one another. Participating teams will be tasked with “building the future”, with some big crypto bounties on offer for those who can create the most innovative blockchain-based solutions.

There is more to the event than just building though, as it represents an excellent chance for blockchain developers to seek advice and guidance from their peers, as well as share their knowledge through mentoring programs.

ETHToronto will take place on the sidelines of Blockchain Futurist Conference,  Canada’s biggest annual crypto event which takes place in the outdoor area of the spectacular Rebel Entertainment Complex & Cabana in Toronto. Headline speakers include Ethan Buchman, Co-Founder of Cosmos and CEO of Informal Systems; Keith A. Grossman, president of TIME, and Elena Sinelnikova, CEO & Co-Founder of CryptoChicks.

The final treat on this year’s calendar is TOKEN 2049, a premier crypto event that takes place each year in the dual venues of Singapore and London, which brings together the founders and leading talents behind an array of exciting Web3 companies. The event will shine a light on the latest global developments in the Web3 space, while offering a unique perspective on the vast opportunities presented by its ecosystem.

The lineup of speakers at TOKEN 2049 is a veritable who’s who of the crypto industry, with names including BitMEX CEO Alexander Höptner, Ava Labs CEO Emin Gun Sirer and BitGo co-founder and CEO Mike Belshe all set to deliver keynotes.

The two-day long TOKEN 2049 is the flagship event of Asia Crypto Week, a week-long series of independently organized side events that runs from Sept 26 to Oct 2, including meetups, workshops, drinks and networking parties, plus a little get together at the F1 Singapore Grand Prix that takes place at the same time.