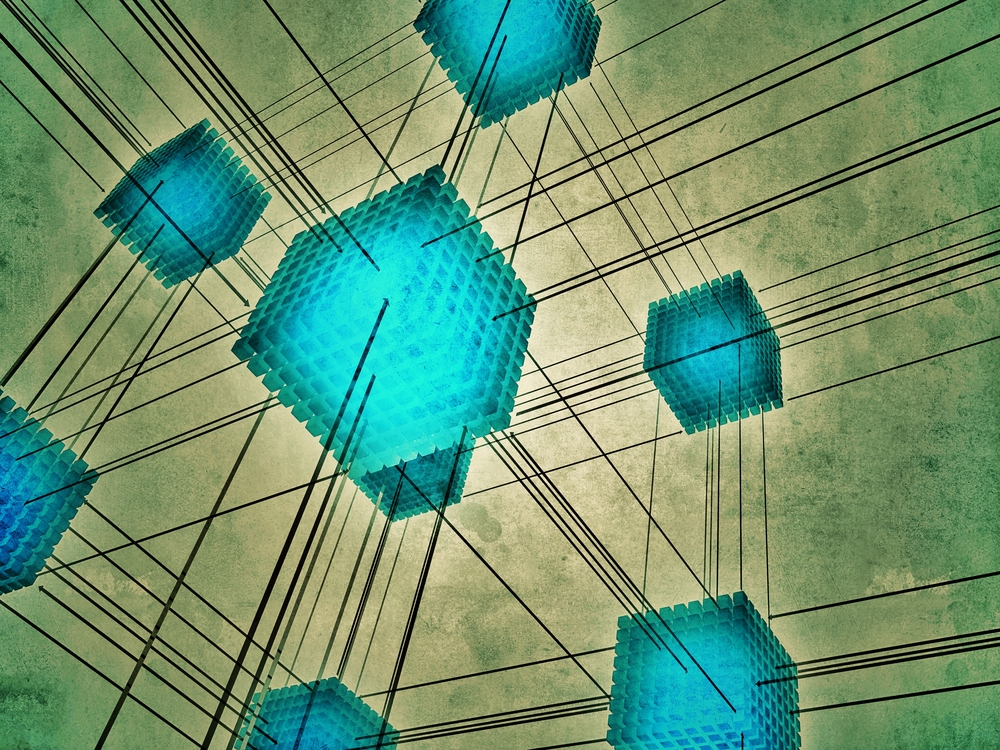 Blockchain's ability to improve business processes, make transactions more transparent and secure in the value chain, and cut operational costs is clear to many people. Despite this, a lot of people haven't used it yet. Blockchain has been held by what.

In fact, there have been a lot of problems in the last few years that have made it hard for everyone to use them. Interoperability is by far the biggest problem, but that isn't the only one. As a matter of fact, not having it.

The term "blockchain interoperability" has been talked about more and more for a long time now. It also means that different blockchain systems could be able to talk to each other. In the end, the most important thing is that you can share, see, and get information across different blockchain networks without having to use an intermediary, like a central exchange.

So, blockchain projects that want to make their platform more interoperable want to build an ecosystem that will make it easy for different blockchains to communicate with each other. There are a lot of things that make the idea of interoperable enterprise blockchains possible, like being able to connect to existing systems, start transactions on other networks, conduct transactions with other chains, and be able to move between deployments on the same chain by integrating apps.

Why is interoperability important?

To solve interoperability, you could use a separate blockchain to help people talk to each other across the world. This is basically a third blockchain that sits in the middle of the two other blockchains and keeps a cryptographically secure time-stamped ledger of the transactions and messages that happen between them. This is called a "third chain." Hub and spoke, decentralized finance (Defi), and general-purpose bridges are some of the tools used to make things work with each other.

Another way to make systems work together is to use off-chain or middleware systems. This so-called "non-blockchain interoperability" method uses tools like atomic swaps, oracles, and state channels to work together.

Blockchain projects that work together

There are more and more projects that try to make the different blockchains work together. They want to make it easier for networks to talk to each other and make sure the idea of decentralization is fully realized. These can be used for things like decentralized asset exchange and decentralized message exchange, depending on how they work with each other.

Chainlink is a network of decentralized oracles. It is an interoperability solution that allows all different blockchain systems to communicate securely and trustlessly. Most of the resources are used to get smart contracts and settlement outputs like established payment systems and cloud backends to work. Many blockchains don't have to interact with other blockchain protocols, but they still need to be able to get inputs and outputs from outside sources. This standalone function is important for many of these blockchains.

They can convert messages and data from public APIs into a form that smart contracts can read. This means that these nodes can connect to any API, whether it is a blockchain, an enterprise system, a Web API, or an IoT device. Chainlink is sometimes used with other interoperability protocols. Chainlink has already announced partnerships with Polkadot and Ethereum so that their networks can get data that isn't on the blockchain.

Another project is Polkadot, which helps people make transactions and share data. Polkadot wants to make blockchains work together. People who need to be validators are used in the DPoS algorithm. This can lead to a certain amount of centralization in the system.

Polkadot enables its network to communicate with the relay chain and the parachains that make up the network. By using Parachains and Bridgechains, this method lets you move both money and data. As a bonus, running multiple chains at the same time will make scalability even better. This is a little different from other projects that also want to connect blockchains.

Analog is a new protocol that uses proof-of-time (PoT) to make it easier for decentralized apps (DApps) to communicate through event data. The PoT consensus protocol uses technologies like the verifiable delay function (VDF), ranking score, and fixed stake to make sure that event data is correct.

The protocol wants to make it possible for people to work together without trusting each other. Analog is completely decentralized, unlike centralized bridges that limit which nodes can participate in interoperability, so anyone can be part of it. Any node can join as a tesseract with no barriers to getting in. Also, the consensus mechanism is open and fair in the sense that any node can take part.

LayerZero is an Omnichain Interoperability Protocol that allows messages to be sent across chains in a lightweight manner. LayerZero provides real and ensured message delivery, as well as configurable trustlessness. It is built as a sequence of non-upgradable, gas-efficient smart contracts that are not subject to modification.

The platform functions as an on-chain endpoint with a User Application (UA) that runs a ULN. LayerZero relies on two parties to deliver messages between on-chain endpoints: the Oracle and the Relayer. When a user agent delivers a message from chain A to chain B, it is routed via chain A's endpoint.

LayerZero also serves as an "omnichain" interoperability protocol that aims to do away with the necessity for bridges. They developed the "ultralight node" (ULN), which aims to deliver all of the security of a light node at a lower cost than intermediate connections. Rather than keeping all block headers sequentially, this is performed by streaming block headers to oracles on demand.

The oracle and the relayer are two fundamental mechanisms in the system. LayerZero now comes with a relayer, while users may still build their own. Current cross-chain trade systems, like CEX/DEX bridges, need a certain amount of trust. The objective is to replace the need for trust with the requirement for autonomy.

The arrival of interoperability solutions could change people's minds about blockchain. Networks will be able to see that the seamless exchange of data is important to the success of the whole market. Blockchain interoperability is expected to get better over the next few years, and we may already see some successful cross-blockchain projects this year.

Interoperability is likely to be a big game-changer for the blockchain industry. We could say that Blockchain is on the verge of becoming a common way to store and share information.