Calling All Developers and Scouts: Everscale Invests 15,000,000 EVER In Ecosystem Growth

in Everscale
by Crypto Daily 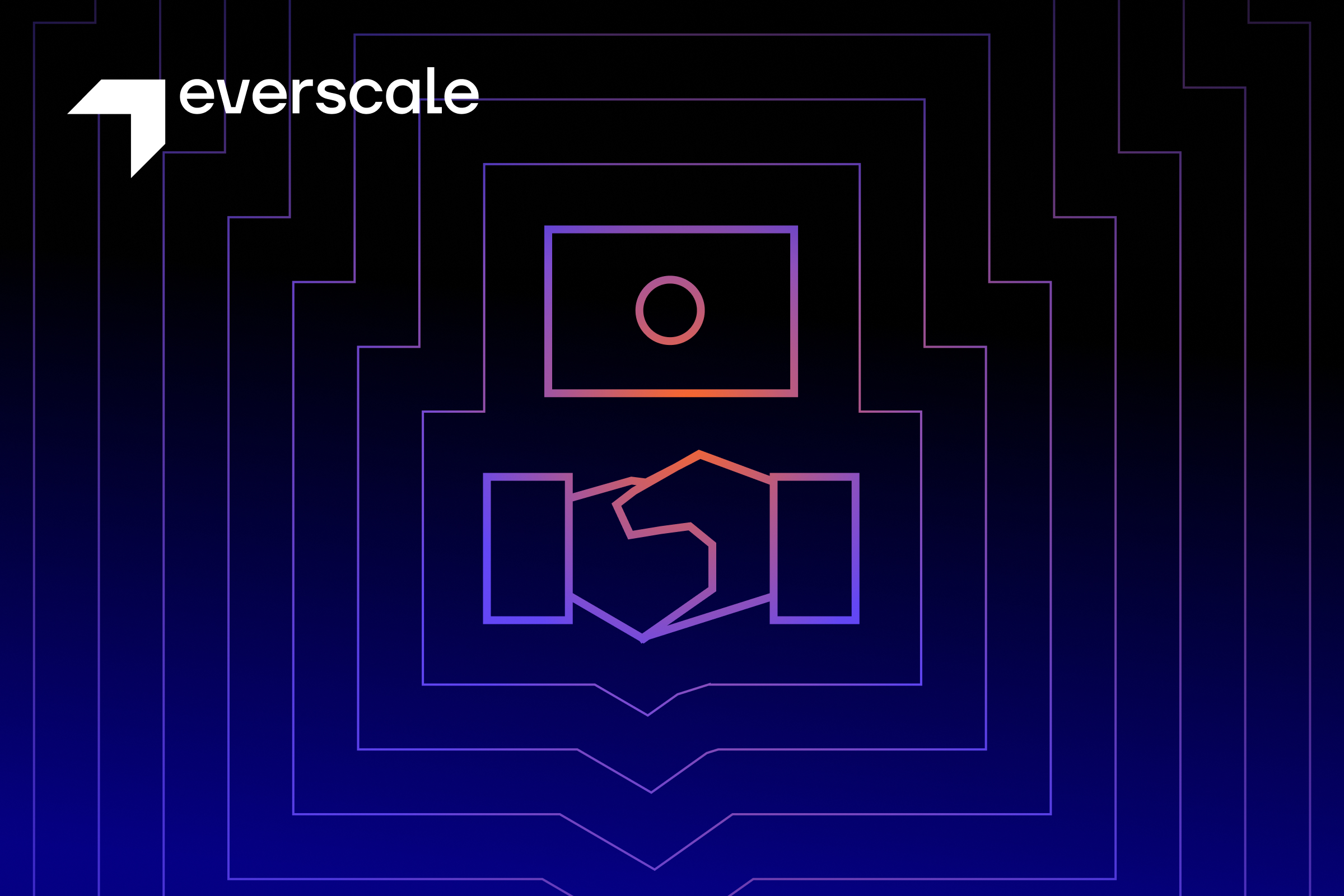 The Everscale Grants Program has allocated a pool of 15,000,000 EVER to assist eligible development teams with sustainable and high-potential blockchain business models. The Grants Program is also offering rewards to enthusiasts who refer successful projects to the Program.

Everscale, a highly-scalable, asynchronous blockchain network, continues to develop its ecosystem, now by introducing a new round of the Grants Program for developers. As it stands at the end of Q1'22, a total of 35 projects have requested support from Everscale. Six of them were awarded funding. Now with the new investment, Everscale aims to attract even more projects that will create significant value for the ecosystem. Additionally, Everscale will reward the individual ambassadors who refer successful applicants to the network.

Developers are encouraged to make full use of Everscale’s ‘toolbox’ when planning and designing their products. This toolbox includes:

As a Layer 1 blockchain with unique asynchronous design and dynamic sharding, Everscale has unrivaled bandwidth capable of handling high-loaded projects across DeFi, NFT and other domains.

Products and projects designed for other chains need not fear! The Octus Bridge has facilitated cross-chain connectivity, opening the door for applicants from a variety of different chains.

The total amount of funding that will be distributed to successful projects is 15,000,000 EVERs, the native tokens of the Everscale network. In addition to that, the winners will receive marketing exposure and technical consulting from the Everscale team. The size of each individual grant will depend on the utility of the project and its potential audience size.

Who can participate in Everscale Grant and Scouting programs

Projects with well-thought-out tokenomics and detailed roadmaps are invited to apply. A successful project must be able to sustain itself in the long run. Everscale offers technical help with integration, but in general, the team of the project must have enough expertise to function and build independently.

The scouting program is designed to encourage Everscale enthusiasts to refer developer teams to the Grants Program. For every project that meets our criteria and successfully receives a grant, the scout will also receive a portion of the awarded grant money.

Everscale is a unique blockchain design that proposes a scalable, decentralized world computer, paired with a distributed operating system. Everscale is based on a platform called Ever OS that is capable of processing millions of transactions per second and has Turing-complete smart contracts and decentralized user interfaces.

Everscale presents some new and unique properties, such as dynamic multithreading, soft majority consensus and distributed programming, which enable it to be scalable, fast and secure at the same time.

Everscale has powerful developer tools, such as compilers for Solidity and C++, SDK and API, client libraries ported to more than 20 languages and platforms, a range of decentralized browsers and wallets empowering many applications in decentralized finance, nonfungible tokens, tokenization, and governance domains.