Ardana Academy Is Changing the Crypto Education Landscape. Here’s How

in Ardana Cardano Crypto
by CryptoDaily 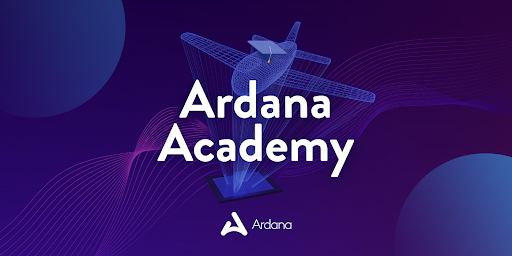 There’s no denying the fact that the crypto market has continued to grow from strength to strength over the last few years, as is highlighted by the fact that between 2020 and 2022 alone the total market capitalization of the industry ballooned from $191 billion to a whopping $2+ trillion, thereby showcasing a growth of 10x — something no other company, asset class or industrial sector can boast of. In fact, Bitcoin’s market cap alone currently is touted to be worth more than that of many prominent mainstream entities including Berkshire Hathaway, Meta (the parent firm behind Facebook and Instagram), Visa, Walmart, JP Morgan Chase, Mastercard, Home Depot, Chevron, amongst many others.

That said, despite this monumental growth, education pertaining to this fledgling industry has continued to remain quite lackluster. To this point, it recently came to light that just 2% of individuals who participated in a survey (residing across the US, Mexico and Brazil) were able to score 60+% in relation to basic concepts dealing with Bitcoin, Non-Fungible Tokens (NFTs), Stablecoins, etc, thus exposing the vast knowledge gap that currently exists within this sector.

Similarly, another study released by cybersecurity giant Kaspersky revealed that only 1 in 10 people clearly understood the basic workings of crypto tech while another 29 percent claimed to possess “limited knowledge” about digital currencies.

As the power of crypto and blockchain tech continues to be harnessed on a global scale, it is of utmost importance that literacy associated with these domains continues to grow. To put things into perspective, a report released by blockchain analytics firm Chainalysis revealed that global crypto/blockchain adoption has grown by over 2300% since Q3 2019 and by over 881% during 2021.

To help with this ongoing educational drive, Cardano-based blockchain protocol Ardana recently launched an initiative referred to as the ‘Ardana Academy’, which as the name suggests, is a portal aimed at those individuals seeking to learn about blockchain and crypto tech.

In its most basic sense, Ardana can be described as an on-chain asset-backed stablecoin protocol that comes replete with a decentralized exchange stable asset liquidity pool alongside a host of other features.

What is Ardana Academy?

Ardana Academy can be described as a holistic educational ecosystem seeking to disseminate high quality teachings related to all things crypto and blockchain. As per the creators of the program, it seeks to promote crypto adoption by encouraging more people to get involved with this industry while alleviating any doubts they may have in relation to how blockchain tech works.

To put it another way, Ardana Academy serves as a multimedia driven crypto education platform offering users of varying skill levels — be it novices or experts — with a holistic means of learning about blockchain technology. The modules contained within the system are designed bearing individuals with zero programming experience in mind, thereby making them suitable for everyone.

As part of the academy’s curriculum, users are taught about various programming languages associated with this space as well as other pertinent topics that are needed to gain a more in-depth understanding of the digital asset market.

In all, Ardana Academy’s educational framework consists of eighteen core modules that are divided up into four sections alongside a reference glossary that users can turn towards to help alleviate their common misconceptions.

The first six modules deal with topics such as centralized/decentralized systems, the basics of blockchain technology, how blockchain can be used within the finance sector and the basics of decentralized finance (DeFi). These topics are quite introductory in their overall design and are meant to provide their readers with a foundational base of the blockchain/crypto market.

The next six modules are a bit more advanced, dealing with certain niche aspects of how users can earn passive income via various DeFi avenues as well as the learn the basics of decentralized exchanges. Furthermore, individuals are also taught about stablecoins and how Cardano is designed to alleviate many of the pain points existing within today’s burgeoning blockchain ecosystem.

The finax six modules deal primarily with Cardano and its associated programming languages (namely Haskell and Plutus). In addition to this, users are also given the opportunity to learn about Ardana and its key features such as its native forex trading framework as well as its decentralized foreign exchange. Lastly, there are also a number of explainer videos that users can watch to help expand/build upon their arsenal of blockchain related tools.