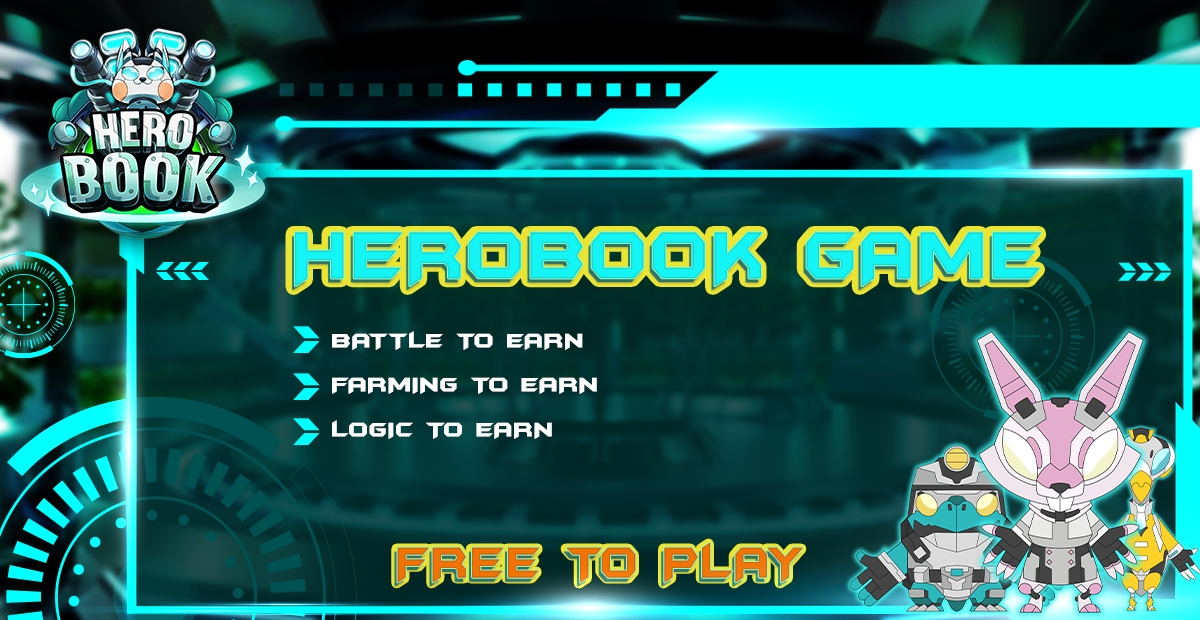 If real-life inhibits people's abilities, Herobook will provide an opportunity for everyone to unleash their potential. Herobook want to create a world where people step in to satisfy their creativity, explore thinking, interact and join hands to realize the common good.

Hero Book aims to become a Metaverse connecting the Blockchain games and traditional games network in the international game market.

Herobook was created with the vision of becoming a metaverse that connects many blockchain games and traditional games in the market.

Developed based on the Superhero storyline, fighting for the family's sustainable peace, with a diverse possession of more than 20 species with different ranks and rarity. Each species has a unique feature and function and of course the higher the rarity and rank, the greater the value of the personnel, all of which will be attributed to Hero NFT (HBG) built on the BEP-20 platform, with a total supply of up to 1,000,000,000 HBG (1 billion tokens).

With a solid construction on the three platforms of HBG, it has created a diverse, attractive game ecosystem with the ability to optimize profits for participants.

All players will use NFT Hero to participate in Cyber Arena

At the beginning of the battle, the player will pick up weapons, which are randomly dropped items, and fight with other players to survive in the map.

After each different time mark, the map will be reduced according to a certain circle, players need to quickly move into the circle. If not, you will lose blood continuously

The winning player is the last survivor on the map and gets the reward.