Both Michael Sayler and El Salvador’s president have said that favouring Bitcoin over gold has made their company/country millions, just in the short time since they bought it.

The argument should probably be both gold and Bitcoin against the fiat dollar, given that they are both considered sound money, and do not have the rip roaring inflation associated with the world’s reserve currency.

However, the argument does persist, and two leading exponents of Bitcoin have their experiences to tell of how they bought into Bitcoin rather than gold, and have reaped the rewards. Whether those rewards continue into the future is perhaps the main point of contention for both sides. 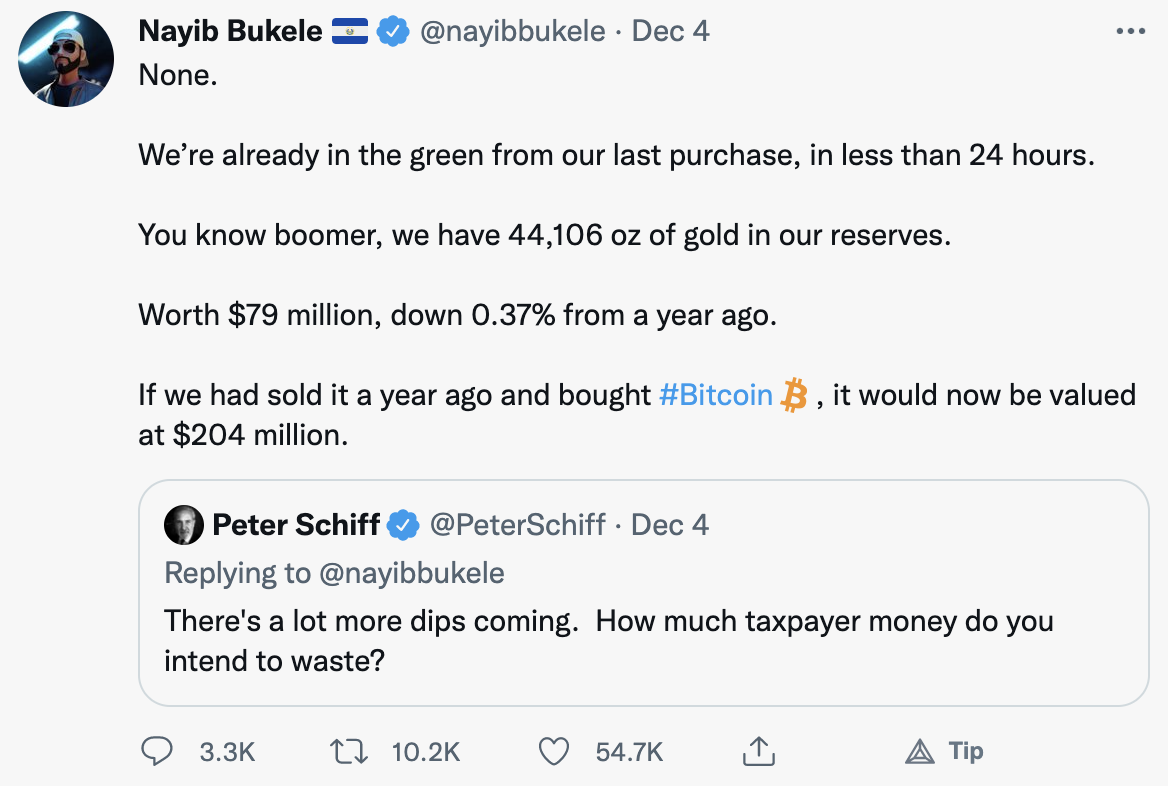 Two days ago, President Bukele of El Salvador tweeted that his country had bought the dip during the latest correction for the number one cryptocurrency. Peter Schiff, a well known exponent of gold, and very much a detractor of Bitcoin, replied asking how much more tax-payer’s money would Bukele waste?

In his reply to Schiff, President Bukele put forth his reasoning as to why he had bought Bitcoin instead of gold, saying that had his county sold its $79 million worth of gold and bought Bitcoin, it would now be worth $204.

Michael Sayler, CEO of Microstrategy, has had a similar experience so far. He stated in September that had he bought gold instead of Bitcoin, he would have made a “multiple billion dollar mistake”.

His company bought a further 7,002 bitcoin at the end of last month and has now grown its bitcoin position to 121,044 coins. Microstrategy has adopted Bitcoin as its primary reserve asset, and has become the public company with the largest amount of Bitcoin, beating Tesla, Square and Coinbase.

Sayler as an individual is the seventh richest person in crypto, with $1.9 billion of assets. According to CoinBureau.com, he personally holds 18,000 bitcoin, without factoring in his stake in Microstrategy.