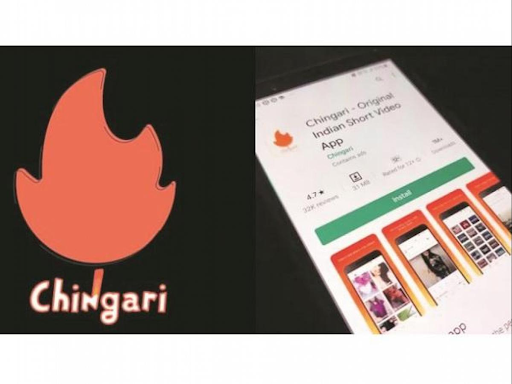 The Tiktok-style app Chingari has revealed that it has become the most popular free social media platform in India, topping Google Play's rankings ahead of major players like Instagram, Snapchat and Facebook.

It's a huge milestone for Chingari, which is a short video sharing app similar to TikTok that boasts over 32 million daily active users at the latest count. Founded just over three years ago in November 2018, the app took advantage of India's decision to ban TikTok to satisfy millions of people's thirst for video-based antics and entertainment.

Earlier this year Chingari's popularity soared after it entered the history books as the first Indian social media app to launch its own cryptocurrency. The $GARI token was launched as an in-app currency and has seen huge success, most recently raising $6 million through an Initial Dex Offering on SolRazr.

The $GARI token is built on the Solana blockchain, another Indian creation that aims to rival Ethereum and boasts a faster network with lower fees. The idea with $GARI is to boost ecommerce within the Chingari ecosystem, giving creators a way to make money from their content by selling merchandise and NFTs and receiving donations from fans.

The integration of crypto promises to fuel even greater adoption of Chingari, but the apps' success is primarily due to its easy-to-use, simple app mechanics. With Chingari, users can upload short videos to background music, showing themselves performing various antics such as singing, dancing, playing pranks and so on. One of the key features of Chingari is its filters, which enable users to add numerous kinds of visual effects to their videos.

The Chingari app's popularity has undoubtedly also been boosted by its association with the Bollywood superstar actor Salman Khan, who has more than 43 million followers on Twitter. Khan is Chingari's "brand ambassador" and regularly promotes both the app and its recent dive into cryptocurrency.

With the immense popularity of Chingari and the highly positive reaction to the launch of its $GARI crypto token, the likes of Instagram and Facebook will have a tough time displacing it at the top.