Elon Musk, unofficial champion of the Doge meme coin, has taken the Binance exchange to task over how it reacted to a technical glitch that hurt Dogecoin holders through no fault of their own.

According to an article on Bloomberg earlier today, a Dogecoin network upgrade on 10 November caused a problem with withdrawals of the meme coin token.

Binance published a statement the next day saying that “a very small number of users” were affected, and that after the upgrade, some failed Dogecoin withdrawal transactions had been resent. Binance then requested that the users in question “kindly return the assets”.

Elon Musk tweeted in answer that this sounded “shady”, to which Binance responded “no, not shady - just frustrating”. After which, Musk tweeted the following response: Binance then said in its defence that it was working with the Doge network, but that it was taking a long time, given that they had to “rebuild the digital wallets” that held the coins in question. 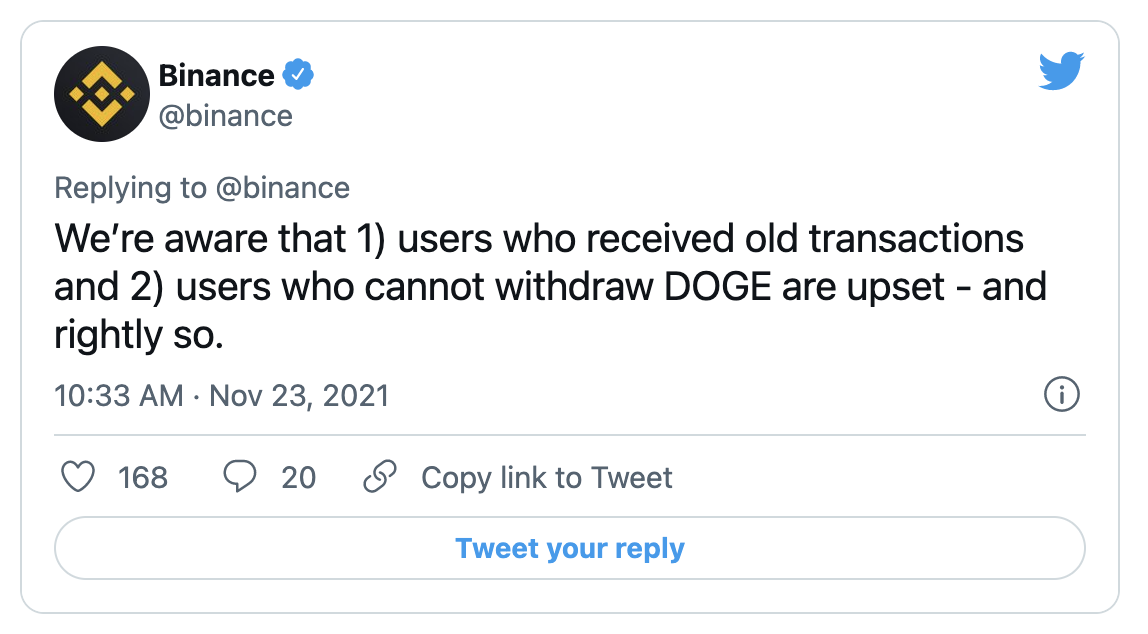 The CEO of Binance then went on the offensive, and tweeted out a link to a Tesla story, where the giant electric car manufacturer had to recall 12,000 of their cars after a software glitch.

As of now, Binance hasn’t said how many of the Dogecoin holders have actually returned their coins.

Doge is currently up 6% on the day, but it is still down 68% from its highs of last May.