Greyscale doubles down on altcoins

According to a tweet yesterday, Greyscale Investments has bought another large tranche of altcoins. The company bought FIL, BAT, and LINK to bring the value of its crypto assets under management to a total of $55.1 billion. 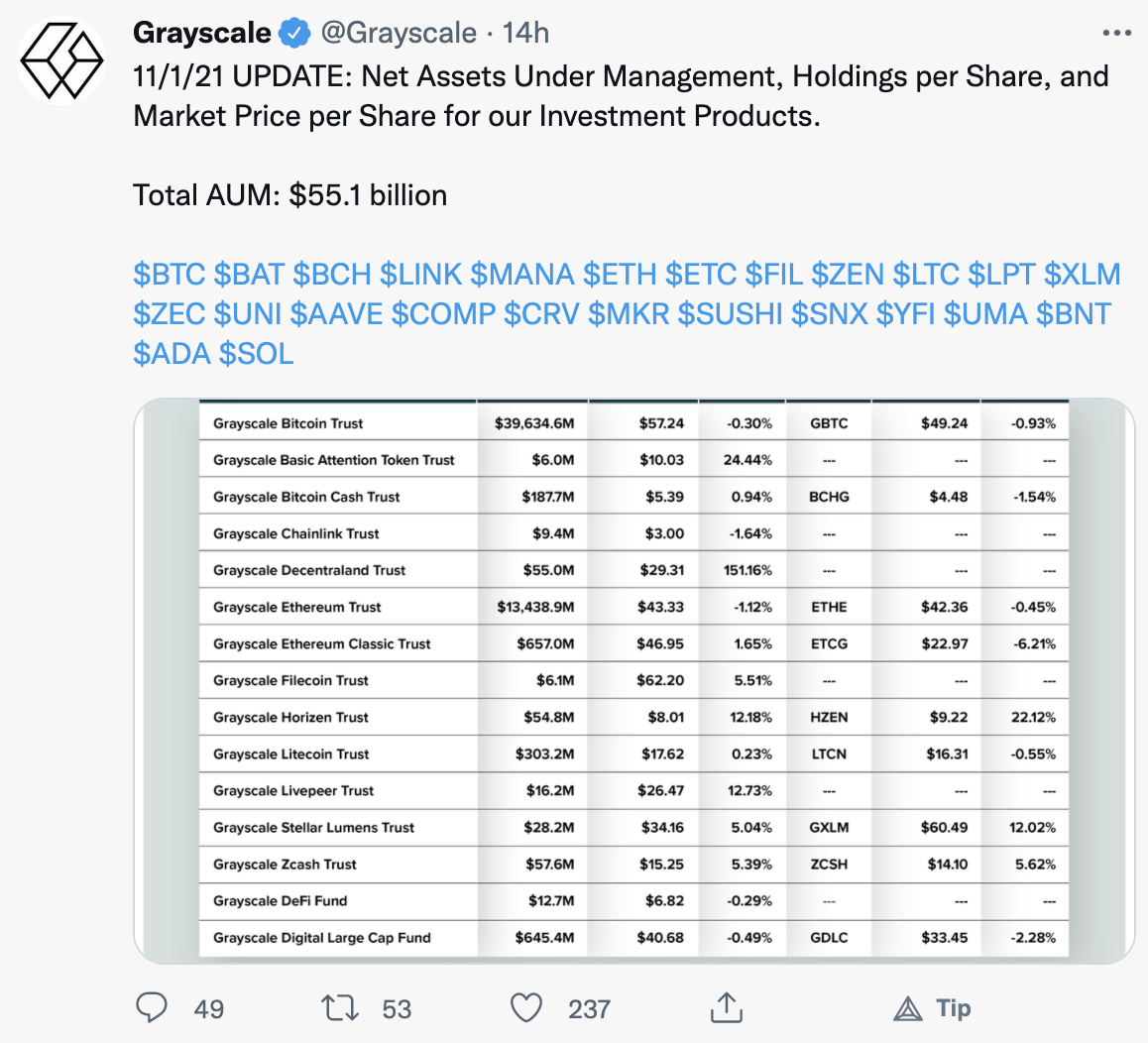 With the largest crypto asset by far, Barry Silbert’s Greyscale Investments, and his Digital Currency Group Conglomerate hold $55.1 billion of cryptocurrencies, including the likes of Bitcoin, Ethereum, and an expanding portfolio of altcoins.

According to the analytics site Coinglass, it has recently added to its altcoin trusts by buying a further 1,147 LINK over the last week, and 8,823 over the last month.

The altcoin purchases come on the back of Digital Currency Group raising $700 million from Google, Softbank, and other major funds. CEO Barry Silbert stated that part of the funds would be used for expanding the company, and also to allow early shareholders to take some profits.

Also recently, Greyscale filed to convert its Bitcoin Trust into a Bitcoin ETF.