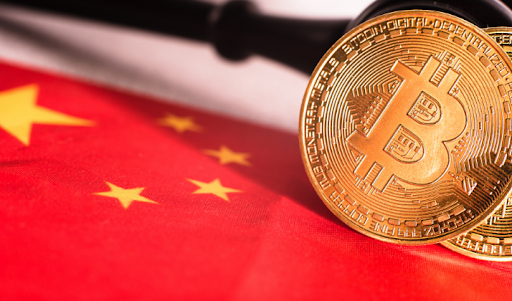 As the cryptocurrency markets look set for yet another stellar month in November, it’s hard to believe that it was only weeks ago that mainstream media predicted doom and gloom after China’s latest regulatory announcements. At the end of September, the People’s Bank of China doubled down on its previous efforts to outlaw digital currencies, banning all crypto transactions and declaring war on the mining industry.

However, after a short-lived downturn, market forces resumed their upward drive, propelling Bitcoin to new highs in “Uptober” and setting the stage for further bullish action in November till December.

The Evolving Landscape of Crypto Regulation

China is home to nearly a fifth of the world’s population. So in principle, at least, a crypto ban should be a significant blow for the industry. But we’ve been here before. In fact, Cointelegraph estimates that the Chinese government has attempted to sound a death knell for crypto over twenty times in the past.

And it’s not alone. India, the world’s second-most populous nation, also had an effective ban in place for two years until March 2020. There’s been much speculation that it may be reinstated. However, the most recent reports appear to indicate the government is softening its stance and becoming more likely to adopt some kind of middle ground.

The US and the EU have both raised the priority of digital asset regulation over the last year or so. This summer, the EU published a legal and regulatory framework for blockchain and a proposal for a new EU law covering crypto-assets.

Meanwhile, in the US, the SEC’s scrutiny of crypto has increased exponentially over recent months, culminating with the news in early November that regulatory bodies had published a report urging lawmakers to allow them to police stablecoins more effectively. This came after SEC chief Gary Gensler told reporters that stablecoins were like “poker chips” at the casinos of the financial wild west.

With central bank digital currencies on the horizon, it shouldn’t be a surprise that governments and regulators want to clamp down on crypto. After all, it represents a threat to the idea of a government-backed digital asset, and the idea of centrally-issued stablecoins like Tether peacefully co-existing alongside a digital dollar or digital yuan seems unlikely.

While all this sounds like bad news for crypto, it’s worth remembering that the crypto market made a remarkably fast recovery from the Chinese ban – even with China having previously been the global epicenter of mining. A significant reason for this resilience is the increasing availability of decentralized infrastructure and applications, which are censorship-resistant and allow people to navigate around bans.

When a government bans cryptocurrencies, the primary targets are centralized companies offering access to digital asset-related services. For instance, India’s ban made it unlawful for banks to support crypto-related transactions, effectively shutting down the ability to convert crypto into rupees. Similar types of enforcement measures are now in place almost worldwide, as regulators have targeted centralized exchanges in an attempt to start tying on-chain pseudonymous activity to real-world identities.

And yet, blockchain and DeFi as permissionless, decentralized platforms and services continue to prevail. Even as regulators attempt to make it more difficult to transact in crypto, DeFi is undergoing a Cambrian explosion now it has broken free of its shackles to the Ethereum ecosystem.

Indeed, the growth of the DeFi-focused platform Avalanche this year is a microcosm of the development of the broader sector. Avalanche only launched on mainnet a little over a year ago in September 2020 but has already accrued nearly $10 billion in total value locked across all its applications.

Besides attracting established flagship apps like Aave and Curve Finance, Avalanche also has a flourishing native DeFi ecosystem. One of the earliest pioneers was the decentralized exchange Pangolin, which launched in early 2021. Since then, it’s clocked up over $7 billion in total trading volume and has over 5,000 daily users. Pangolin is forked from Ethereum’s Uniswap, offering a familiar user interface and experience for those who migrate.

However, it has a few additional features. Pangolin’s PNG token reflects the project’s community-driven approach, with 95% of the total supply earmarked for distribution to those who provide liquidity to the Pangolin DEX.

Pangolin is also somewhat unique among DEXs in that users can onboard from fiat by using  Apple Pay. However, as a decentralized exchange, Pangolin offers users many other benefits, including low fixed fees, access to a wide range of token swaps, and most importantly for users in countries like China – it’s censorship-resistant. Anyone can sign up without needing to provide ID documents.

Pangolin is just one of dozens of DEXs, and Avalanche is one of many platforms hosting a thriving DeFi ecosystem. However, their success demonstrates that the crypto community will always find a way to provide open, frictionless, and decentralized financial services available to everyone – regardless of where they’re from or their income level. In this way, DeFi is following the same path as crypto and will ultimately become too big and too decentralized to outlaw effectively.