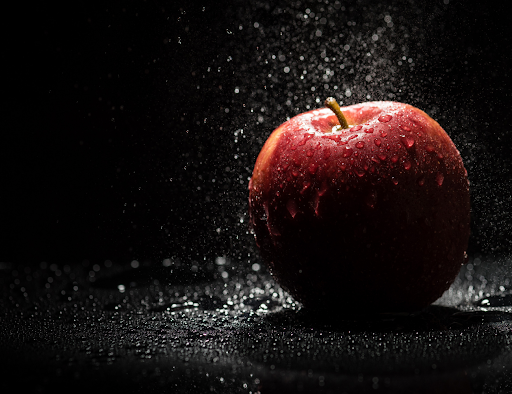 Following his latest revelation, Cook joins the army of executives in multinational companies who have publicly stated they’ve invested in cryptocurrencies. From Elon Musk, Paul Tudor Jones, and Micheal Saylor, the list of global company leaders joining crypto has gradually increased over the past years as the industry finally goes mainstream.

In an interview at the NYT Dealbook Conference aired Tuesday by Andrew Ross Sorkin, Apple CEO, Tim Cook revealed he has already invested in some cryptocurrency. While not exclusively stating which crypto he owns, Cook stated that it is “reasonable to own it as part of a diversified portfolio” when asked if he owned any Bitcoin or Ethereum.

“I do. I think it’s reasonable to own it as part of a diversified portfolio,” Cook said during the interview that aired Tuesday. “I’m not giving anyone investment advice by the way.”

He added that he has had an interest in the new technology and had researched it for a while before making the investment. The only question that remains is how much crypto he owns from his billion-dollar empire and which coins he owns.

All the same, this rare insight shared with the public shows the strides that crypto has taken to reach mainstream levels. Despite the regulation and volatility shouts from naysayers, Bitcoin skyrocketed to a new all-time high following Cook’s statement recording a 7.8% gain from its previous all-time highs to settle at $68,000 on Tuesday.

Nonetheless, Cook denied any reports of Apple directly buying crypto with corporate funds as an investment.

“I wouldn’t go invest in crypto, not because I wouldn’t invest my own money, but because I don’t think people buy Apple stock to get exposure to crypto,” he said.

However, Cook is one of the many global executives who have switched their opinions on crypto and blockchain in the past few years. Individuals, corporations, and governments are gradually easing the stance on Bitcoin and crypto - welcoming the industry as a new chapter to finance.

The recent rise in crypto prices has witnessed a swarm of public figures and corporates entering the digital finance market. From investing company funds to purchasing NFTs, previously skeptical global executives gradually switched to crypto as the market experienced a wild bullish run across 2020 and 2021.

Top of the list is Jamie Dimon, CEO of JP Morgan. After years Of bashing Bitcoin (and the crypto market in general), Dimon finally gave props to digital assets, praising the strides governments are placing on launching digital currencies and the growth of the stablecoin market. While his comments on Bitcoin remain unchanged, he stated that JP Morgan would be willing to support clients who would wish to invest in Bitcoin and crypto

“I personally think that Bitcoin is worthless. However, our clients are adults, they disagree, that’s what makes markets, so if they want to have access to buy yourself Bitcoin, we can’t custody it but we can give them legitimately, as-clean-as-possible access.”

Another billionaire on the cards who entered the crypto mania is hedge fund billionaire, Paul Tudor Jones, who announced he has invested about 1%-3% of his fortunes in cryptocurrencies. In an interview with CNBC’s Squawk Box, Jones stated cryptocurrencies offer a better hedge to inflation than gold, following the industry’s exceptional performance across 2020.

Finally, PayPal Ex CEO Bill Harris has been an antagonist to the rapid adoption of Bitcoin. Speaking in 2018, Harris claimed cryptocurrencies are a “colossal pump-and-dump scheme, the likes of which the world has never seen”, adding that the industry “has no value”. Three years on from the interview, PayPal introduced support of cryptocurrencies allowing users to purchase, send and deposit Bitcoin, Ethereum, Litecoin, and another host of cryptocurrencies on its platform.

While adoption from billionaires and influential global executives shows the explosive growth of crypto, mainstream adoption is also picking up with institutional and retail clients demanding crypto to be added to their portfolios. All the same, newer investors find themselves locked in to “dinosaur coins” or “meme tokens” to make a quick buck and run.

A new way of investing: Meme vs ICO boom?

Ever since Robinhood investors flocked to buy Gamestop (GME) and AMC shares, the investing world has transformed into a retail-driven market. The cryptocurrency world is finally catching up, with communities purchasing their tokens to massive mega runs - as seen with the case of SHIBA INU, a meme dog token derived from the popular Japanese dog breed, Shiba Inu.

The rise of Shiba Inu was catalyzed by Dogecoin’s (DOGE) explosive run at the start of the year as communities try to send these tokens to a “mythical price” of $1. The juicy part of these tokens lies in that they are completely useless and there’s a massive circulation of the tokens but communities rally around them hence the price boost.

The meme token culture kicked off in April when Elon Musk tweeted he owned some Dogecoin, leading to a frenzy of retail buyers trying to copy the billionaire's strategy.

Once ridiculed for the lack of momentum as Bitcoin (BTC) and Ethereum (ETH) pumped, the 2017 ICO boom tokens showed up strongly in 2021. Unlike the meme coins, these tokens actually hold utility and value to their holders.

QTUM, one of the best performers in 2021, experienced a 700% gain in price over the past year, to settle at $16.27, as of writing. The project is a decentralized and open-source smart contracts platform and value transfer protocol. Qtum uses proof-of-stake consensus and rewards node operators for validating transactions. As a decentralized governance protocol, users can stake their tokens, make proposals, and vote on proposals using the token.

All in all, the rise of meme and ICO boom tokens have welcomed the mainstream population to try their hand at cryptocurrencies. With the next few months looking more bullish and more investors entering the fray, these tokens could witness even more gains heading into 2022.

The future of the cryptocurrency market

The main question on every crypto investor’s mind is: ‘How far can the market go in the next decade?’ According to experts, Bitcoin could soon replace gold as the number one hedge against inflation given the impressive returns of the asset over the past decade.

Notwithstanding, the crypto market capitalization could reach an unprecedented $5 trillion mark by 2022 with the upcoming Bitcoin ETF launch in the works. According to Micheal Saylor,  chief executive of business intelligence software company MicroStrategy, if the ETF is approved “trillions could be pumped into the cryptocurrency market”.

Nonetheless, most of the tokens today are worthless and the market could witness a correction that may well wipe out 90% of the projects.

For now, influential people like Tim Cook joining the crypto bandwagon only strengthens the global adoption rates and introduces the mainstream population to the future of digital finance.