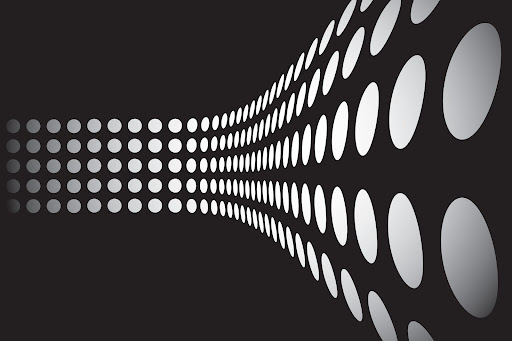 Polkadot (DOT) marched straight into the cryptocurrency market cap top ten after launching last year, emerging as one of few projects sufficiently equipped to shoulder the responsibility of being the world’s leading multichain protocol.

The dream of Polkadot – an interoperable, decentralized network of multiple blockchains – was the same one shared by Vitalik Buterin in 2013, when the concept for Ethereum (ETH) was first conceived.

Led by Ethereum co-creator Dr Gavin Wood, Polkadot has seen the culmination of part of that dream by establishing a Proof-of-Stake consensus mechanism, and a three-level protocol that allows for blockchain cross-communication. Auctions for the first batch of parachains – independent chains with their own tokens on the Polkadot network – were recently completed, with the second batch set to follow in early September.

How to Benefit from Polkadot Now?

Despite this progress, the Polkadot ecosystem is still in its nascent stages, with its larger ambitions yet to be brought to scale.

While interested observers wait for the realization of this aim, here are three ways they can benefit from using the Polkadot network already.

The most straightforward way to benefit from Polkadot here and now is to stake DOT coins in return for a daily share of the block rewards. This is achieved through Polkadot’s Nominated Proof-of-Stake (NPoS) consensus, where “nominators” (coin holders) can stake their coins with “validators” (those who maintain the network by running a node).

In Proof-of-Stake, staked coins secure the network in the same way that computational power secures the network in a Proof-of-Work system like Bitcoin (BTC). Unlike Bitcoin mining, however, Proof-of-Stake does not demand a country’s-worth of electricity to function, nor any specialized equipment. Users can stake directly with network validators, circumventing the need for middle-men like mining pools.

As per the latest data, Polkadot nominators can expect to earn around between 13% and 15% staking directly with validators. Cryptocurrency exchanges such as Binance and Kraken also offer their own third-party versions of Polkadot staking, with returns varying depending on the product used.

One thing to note: staking on Polkadot isn’t recommended as part of a “set and forget” strategy, according to the project’s own documentation. Just as validators must earn their pay by running a node, nominators must also contribute to the network by actively vetting and selecting suitable validators. Users make such decisions based on the reputation and commission of active validators, and risk losing their staked funds if a node goes down.

Running on Polkadot’s bespoke test network Kusama, the Karura DEX is more than just a decentralized exchange. Positioning itself as a De-Fi hub on Polkadot, Karura entails a collateralized stablecoin system and a borrowing and lending feature, in addition to automated market-making.

Users can also provide liquidity to the DEX in return for a share of trading fees. The tokens currently available on the DEX include Karura’s native KAR token, Kusama’s KSM, Bitcoin, and Ethereum, in addition to other tokens already running on Kusama.

Notably, Karura allows users to retain the liquidity of their investments by issuing Liquid KSM (LKSM) in return for staked Kusama tokens. Thus, the end user can earn rewards on their KSM while continuing to use LKSM to trade, take out loans, or provide additional liquidity.

Dot.Finance is a De-Fi aggregator for the Polkadot network that automates some of the finer processes of yield farming for the benefit of the average user.

Excluding a relatively small handful of technical users, most people who have wrestled with decentralized finance apps will testify to their complexity. Yield farming can often demand the same time and attention as a full-time job, as potential yields rise and fall, and users must work to balance their options at all times.

The Dot.Finance app simplifies yield farming by aggregating the highest possible APY for Liquidity Providers, and using smart contracts to automatically compound returns at the most profitable moments.

The PINK governance token is used on Dot.Finance to confer voting rights to holders, as well as to distribute profits to liquidity providers. The token can be staked in return for Wrapped BNB (WBNB), acts as a profit multiplier on top of existing APR as long as its price remains above the PINK:BNB mint ratio.

Just over a year since Polkadot’s emergence in the cryptosphere, the project has attracted numerous useful and interesting projects to its own expanding ecosystem. A work in progress by its own admission, there are still ways to make Polkadot work for the average investor while they await the fulfillment of its ongoing parachain auctions, and the final iteration of the network as a whole.