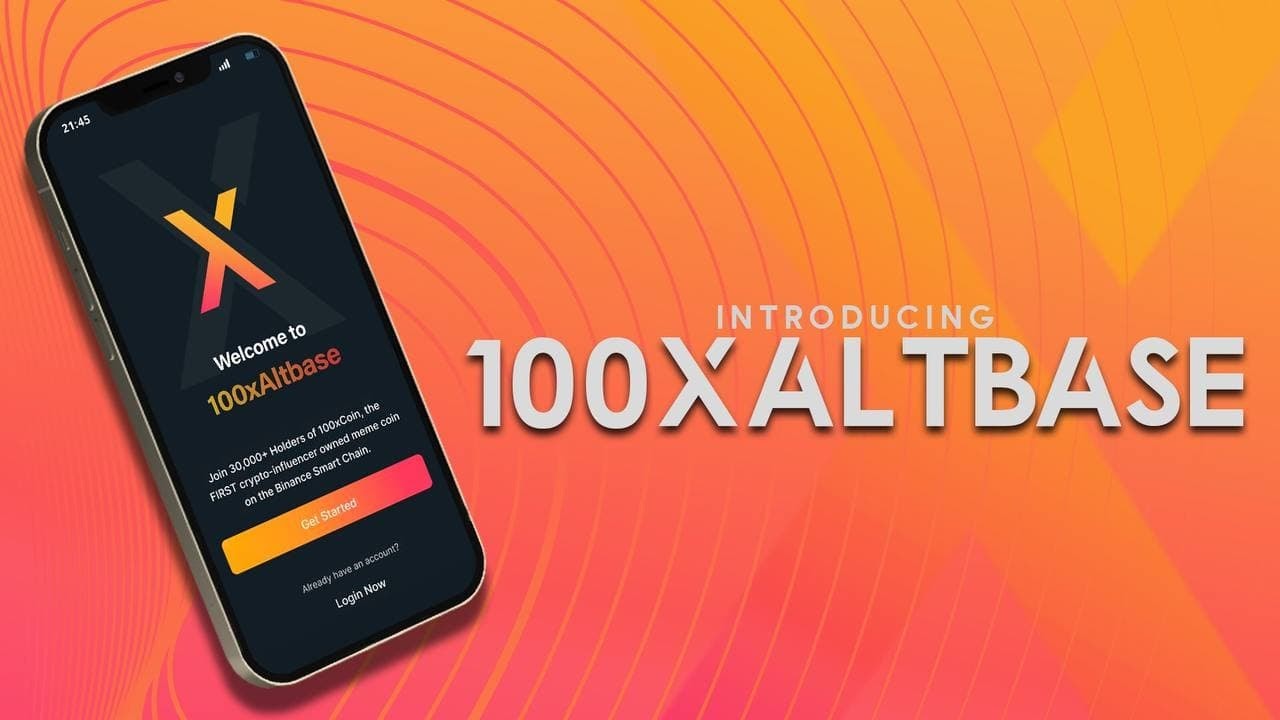 One of the biggest inhibitors in the Cryptocurrency space is User Experience. Enter 100xAltbase, the new app enabling users on iOS and Android to buy altcoins using credit or debit cards.

Sounds trivial enough, however breaking down barriers to entry including the need for multiple wallets, and currency swaps is a monumental step in creating a more user-centric experience when buying and selling cryptocurrency.

The 100x team has been making major strides in future-proofing the coin, and establishing more use-cases. This being the first off the carousel.

In a nutshell - it’s a digital wallet that allows the ability to connect multiple smart contracts and meme coins as they are listed - not just native currency 100xCoin. This isn’t a sales pitch in disguise, as it’s understood that 100xCoin are actively engaging with other coins in order to provide listings on 100xAltbase. The accessibility of alt coins as a whole, not just 100xCoin - is the precursor to the proposition.

It’s primary function is to remove steps in the current system for transacting with meme coins. Remove the need for swaps on third-party apps, integrate payments and storage - to one easy-to-use app. Off the face of these aims alone, 100xAltbase does what it says on the tin.

After download, the user is faced with two options in order to start using the app to buy altcoins:

It’s pretty easy to bring a wallet from another app to 100xAltbase. The app does the hard work in this regard, syncing with third party apps via seed-phrase and bringing across balances. Alternatively, the user can create a new wallet.

Thereafter, subject to a 5-minute ID&V check, the user can use major payment methods. Transactions are made via a payment processor, without the need to swap across multiple currencies - the ace in the hole for 100xAltbase.

Is 100xCoin more than a Meme Coin?

With the inception of 100xAltbase, the 100xCoin proposition itself has developed into more than ‘just’ a meme coin. The app is putting 100xCoin on the map per se, as relationships with other coins are being created for mutual benefit of the crypto community as a whole.

Opinion of meme coins/currencies aside - providing an element of interoperability to the Binance Smart Chain should be commended.

‘Pump and dump’ schemes have given this particular crypto vertical a sour taste of late. Therefore, it’s only right to recognise projects that are genuinely trying to establish themselves as future-proof projects by establishing use cases.

100xAltbase is another green tick on the 100xCoin Roadmap. The coin has seen some sideways ranging on the price chart, reflecting market-wide sentiment. It’s in this market downtime that the 100xCoin team is doubling down on organic growth. It’s impossible to say exactly what the future poses for the coin and it’s holders - but the right foundations are being laid to give the best chance of a sustainable future, in an increasingly volatile market. Media Contact: Liam Ross [email protected]