in wallets
by Crypto Daily 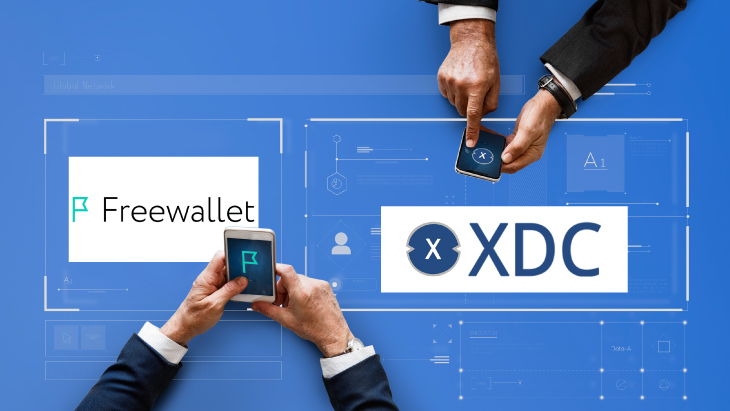 Freewallet users can now send, store, and receive XDC. Furthermore, XDC is now supported by Freewallet’s multi-coin application and web wallet. Freewallet support for XDC arrives after a substantial wave of technology integrations for the XDC Network. These integrations have provided increased accessibility to the network’s native token for institutional investors and the broader XDC community.

The XDC Network is an interoperable blockchain network with an enterprise-friendly architecture. Designed for a future where blockchain technology is adopted at scale, the XDC Network solves several bottlenecks within classic blockchain systems, including extended transaction times, limited throughput, and fork generation vulnerability. The network has enhanced scalability features, including +2000 TPS, near-zero fees and instant finality.

Freewallet has not yet integrated an option to exchange XDC. This feature will be added in the future.

Users can start interacting with the XDC Network and its native token, XDC, by downloading the Freewallet app to their Android or iPhone. Users can just tap ‘+’ and ‘Receive’ to generate their XDC addresses.

A Quick Background on Freewallet and XinFin

Freewallet is a multi-coin crypto wallet that makes it comfortable for clients to oversee and store their crypto reserves both on mobile and desktop interfaces. In 2016, the wallet was launched as a FantomCoin wallet and since has developed to provide support for many crypto coins and tokens. Freewallet’s team has effectively delivered a seamless experience for users to access and manage their funds.