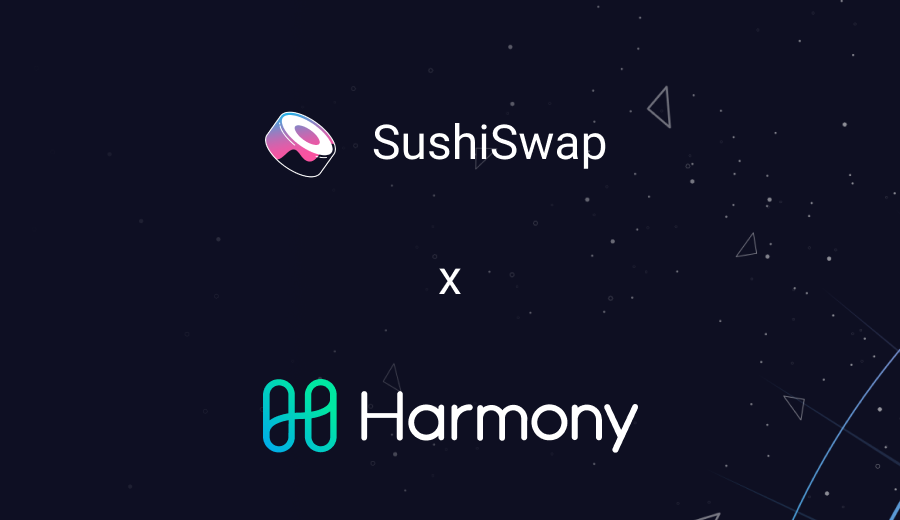 Decentralized exchange SushiSwap announced today that it will be integrating its full suite of products on Harmony Protocol’s blockchain. The integration will introduce yield farming, liquidity mining rewards for Sushi, rewards for Kashi borrowing and lending, as well as rewards for Sushi-specific hackathon challenges, among others.

“We believe this partnership with Sushi is just the beginning of bringing millions of people into decentralized finance,” shares Harmony founder Stephen Tse. “As our mainnet matures, we are onboarding more key DeFi primitives that will enable access to many new communities,” he adds.

Harmony is an open and fast blockchain with an established, two year-old mainnet that can run Ethereum applications with 2-second transaction finality at a magnitude of a 100 times lower transaction fee scale. The protocol is known for its secure bridge that connects cross-chain asset transfers with Ethereum, Binance, and other IBP (inter-blockchain protocol) and EVM (Ethereum Virtual Machine) compatible blockchains.

The hackathons are scheduled to be announced in July, with over a $1 million bounty sponsored by Harmony, in a community competition open for all participants.

The partnership will also see Sushi’s deployment of a full-scale liquidity mining campaign on Harmony’s blockchain, with a $2 million in rewards at stake, to be offered with two tokens, Onsen ($ONE) and SushiSwap ($SUSHI) each with a million dollars each distributed over the campaign’s 12-month period.

Liquidity provider’s who invest into the ONE/ETH liquidity pool can passively earn $SUSHI rewards according to the Onsen campaign. Additionally, SushiSwap’s Kashi lending platform will offer its users another $2 million in yield rewards for staked assets through BentoBox on Harmony. The staking vault will not be moving into the new protocol with Harmony, but decentralized apps built on top of BentoBox such as Kashi will be able to cross-transact and utilize all available assets.

SushiSwap is now a year old, and it began as a fork of Uniswap, the most used token swapping platform. Uniswap currently operates two versions, v3 and v2, while SushiSwap ranks as sixth among the top ten decentralized exchanges, according to data from CoinMarketCap.

SushiSwap processes around 15% of the total transaction volume for decentralized exchanges, and has logged over $86 billion worth of transactions. The exchange’s total value locked (TVL) currently sits at roughly $3 billion as of press time.