On a day when just about the whole of the cryptocurrency space is deeply in the red, there is one little gleam of light and humour. Doge Day is celebrated today and investors are hoping that Dogecoin reaches a new all-time-high to mark the event.

It still continues to amaze us. According to the New Statesman, the joke cryptocurrency, with a market cap of $52 billion, is now worth more than the capitalisation of either Barclays or Ford. Not bad for a cryptocurrency that the founder, Billy Marcus “threw together” in “about 3 hours”. He launched it in 2014 and branded it as a cryptocurrency “for sillies”. 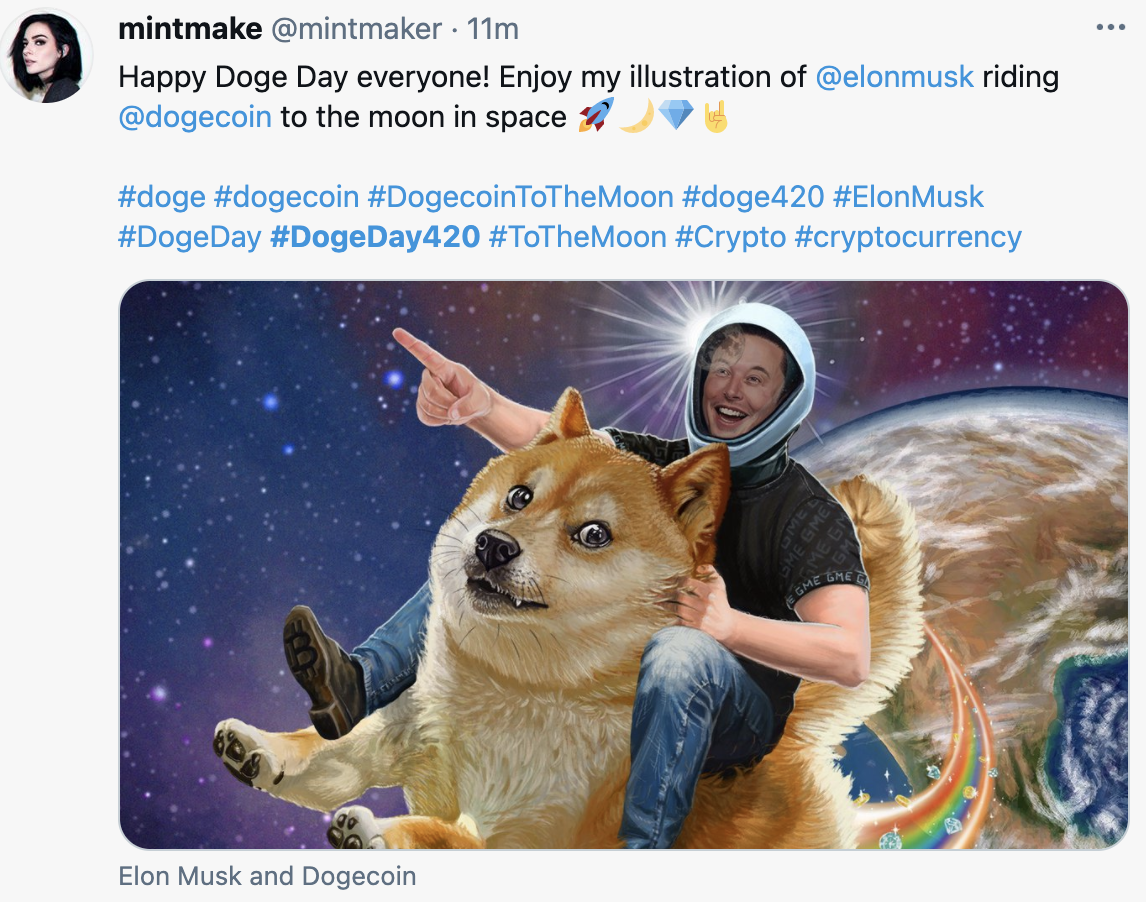 Yes, Doge is championed by the richest man in the world, in the form of Elon Musk. But he does keep referring to Doge as being a joke and it would appear that he keeps mentioning the coin just for amusement.

Will Dunn of the New Statesman argues that a meme has an advantage over more normal investments, in that the ‘joke’ helps to grow the community and make it more cohesive.

“To buy Dogecoin is to make a self-deprecating joke about one’s own ability to invest, but it also buys access to an in-group, a common ground on which to repeat the same fun idea. Dogecoin’s status as a useless prank supplies the confidence and cohesion that Monod said are essential to the success of a spreading, self-replicating idea.” 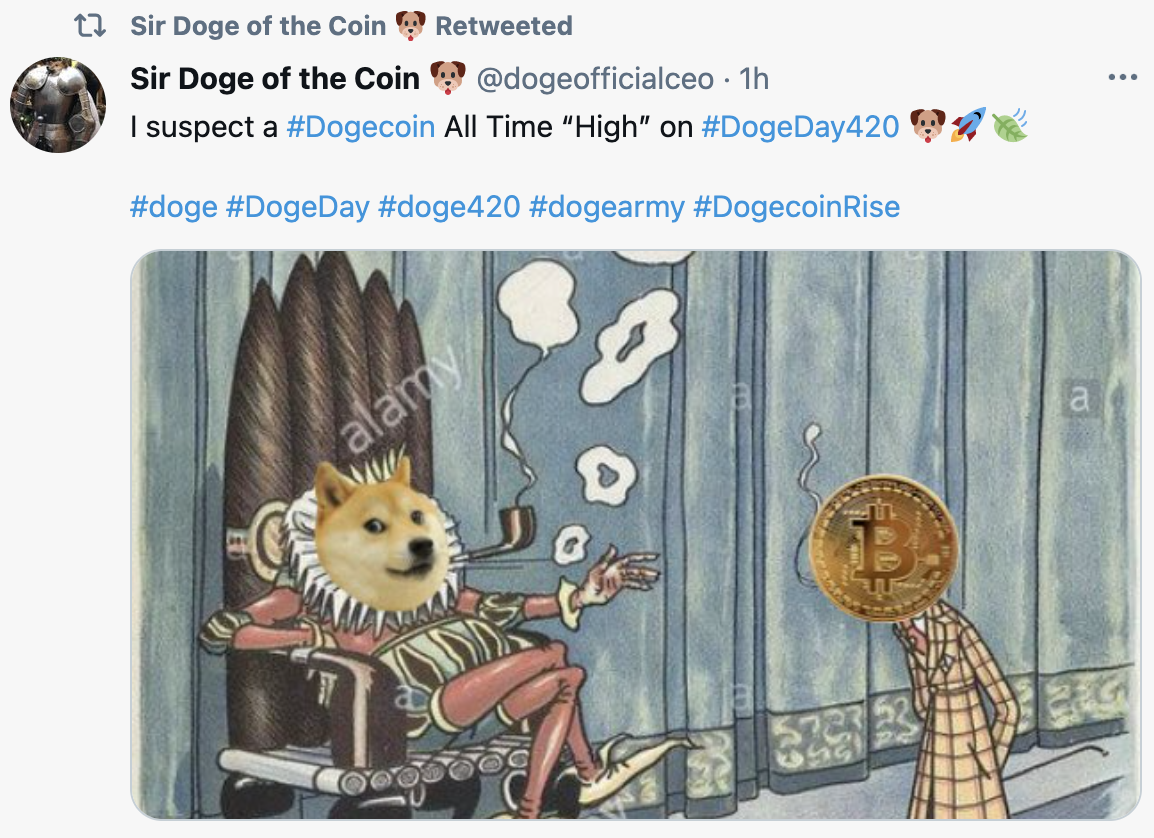 According to the Reddit group r/dogecoin, the aim is for Dogecoin to hit $1 today. That’s quite a tall order considering that it’s hovering around 40 cents at time of writing, to say nothing of the bleak picture painted by the crypto market as a whole.

However, I suppose it could just be said that ‘this is crypto’. As a still very nascent market, prices have been known to swing wildly for all kinds of reasons. If Dogecoin does reach the $1 mark today then it would really be something.

A word of caution. For all those thinking to jump on the Doge bandwagon, do so with your eyes wide open. A coin such as this with virtually no fundamentals behind it must be seen as risky in the extreme. Have a happy Doge Day!