HSBC has announced that it will no longer facilitate its customers buying and selling cryptocurrencies. The bank has even gone as far as prohibiting customers that hold MicroStrategy stock (MSTR-US) from making new purchases or sales of the stock, considering it a virtual currency product. 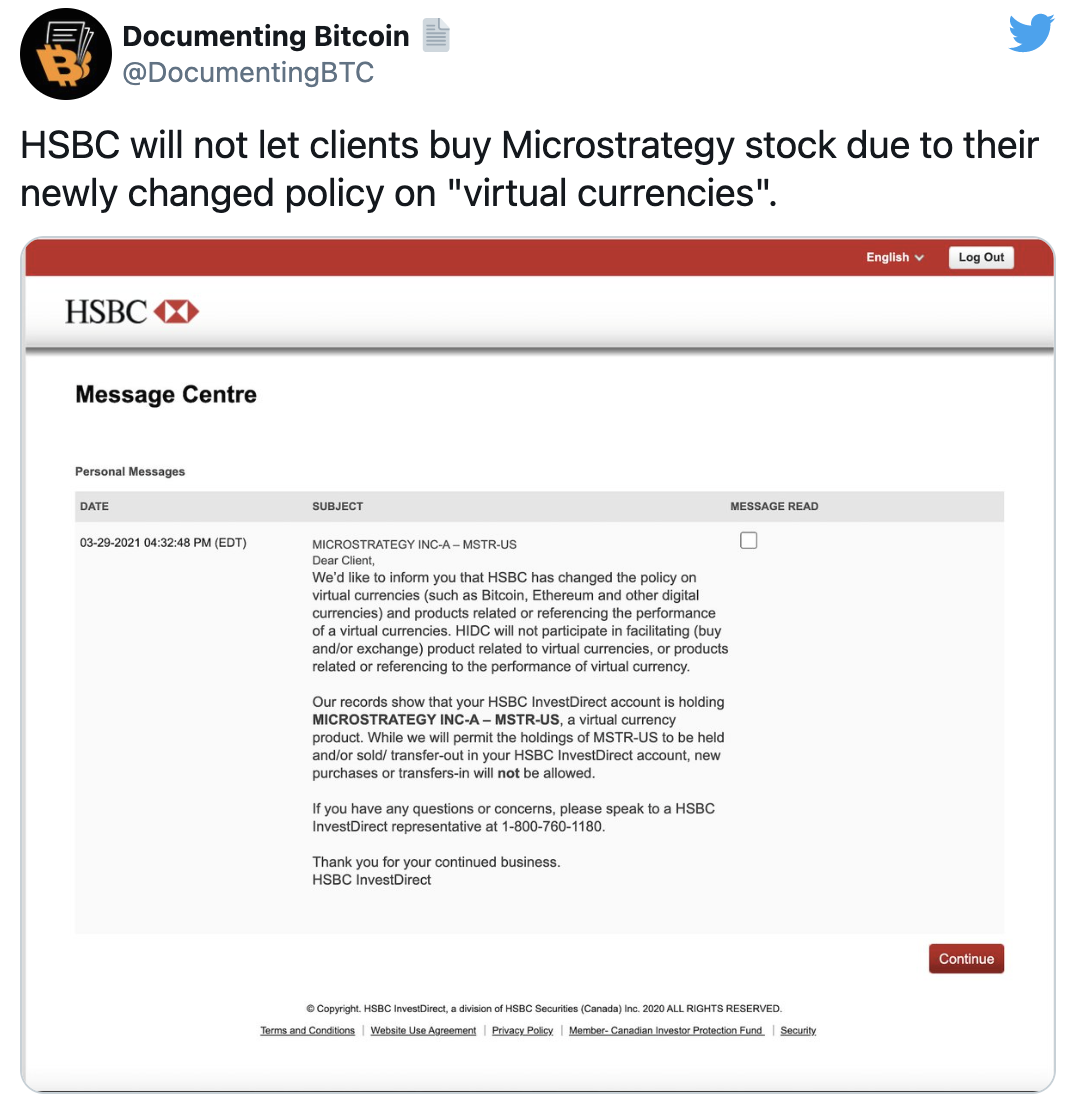 HSBC certainly appears to be ramping up its negative stance towards Bitcoin and Cryptocurrencies, but the ban on customers buying MicroStrategy stock has caught many by surprise.

MicroStrategy is an undeniably solid and trustworthy company, a giant in software and finance. With its major Bitcoin purchases highlighted in the media over recent months, MicroStrategy was bound to attract many investors seeking to cash in on huge new gains.

HSBC banned cryptocurrency cashing-out in the UK earlier this year, causing a lot of heartache for customers who wanted to liquidate gains made from Bitcoin’s surge in price.

Oftentimes, the reason for banks refusing to allow their customers to transact cryptocurrencies is that of money laundering. However, this excuse is getting rather thin these days as most cryptocurrencies are transacted on blockchain and leave a trail that can be audited.

It does seem that HSBC is putting itself out on a limb though, as other major banks, such as JP Morgan, Goldman Sachs and BNY Mellon, have made recent public forays into cryptocurrency, and it does seem as though the tide is turning in relation to institutional respect and acceptance of crypto.