Concordium Raises $36m in Private Funding and Prepares for Mainnet 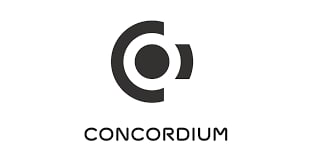 Enterprise blockchain Concordium has announced the conclusion of its latest funding round, which saw the project bring its total raise to date to $36 million. It was the fourth private round for the Zug-based company, with the latest war chest taking its valuation to a cool $1.45 billion.

With two months to go before its mainnet launch, the capital will be earmarked to fund Concordium’s ongoing development and decentralization efforts, and to refine its core protocols and tools.

Although the names of investors were not disclosed, the funding round was said to be focused on a private sale of Concordium’s native GTU payment token, which is expected to debut on several top cryptocurrency exchanges following the mainnet launch this June.

“In recent months, we have experienced great interest from companies and developers around the world,” acknowledged CEO Lone Fonss Schroder, who previously founded Maersk Procurement and Star Air.

“Concordium’s blockchain code has just become publicly available, enabling developers in general and RustLang developers in particular to create their applications on Concordium,” she added.

It’s been a busy period for Concordium, a proof-of-stake, compliance-friendly blockchain whose protocol is largely based on scientific research conducted at its eponymous Blockchain Research Center Aarhus in Denmark. Earlier this month, the platform launched an initiative to attract developers to use its Rust, its high-level smart contract language.

As part of the initiative, dubbed DevX, Concordium will host workshops and arrange hackathons, game jams, and meetups to help developers in the Rust ecosystem flourish.

Concordium’s previous funding round attracted investment from the likes of crypto hedge fund ARK36. The Danish-owned VC fund, which is made up of early Bitcoin adopters and cryptocurrency innovators, helped the project raise $15 million on that occasion.

Unique among blockchains, Concordium has inbuilt ID at the protocol level and also utilizes zero-knowledge proofs to ensure both compliance and privacy. Its software is also regularly reviewed by independent security specialists to ensure an extra layer of quality assurance.

Concordium’s mainnet launch is the major event in the Alpha Centauri stage of its roadmap, which also includes the release of mobile and desktop wallets, private and encrypted transactions, and the functionality for ‘anonymity recovery’ by authorities in rare cases of legal action by regulatory authorities.

Although the high-throughput platform will have its work cut out in the competitive enterprise blockchain space, not least from Hyperledger Fabric, Corda, and Quorum, its ability to deanonymize users could appeal to regulators keen to exercise oversight in the financial markets. The rise of decentralized finance has made such regulation increasingly challenging.

An Industry-First: FIS and NYDIG Partner To Bring Bitcoin to U.S. Banks