in Technology
by Crypto Daily 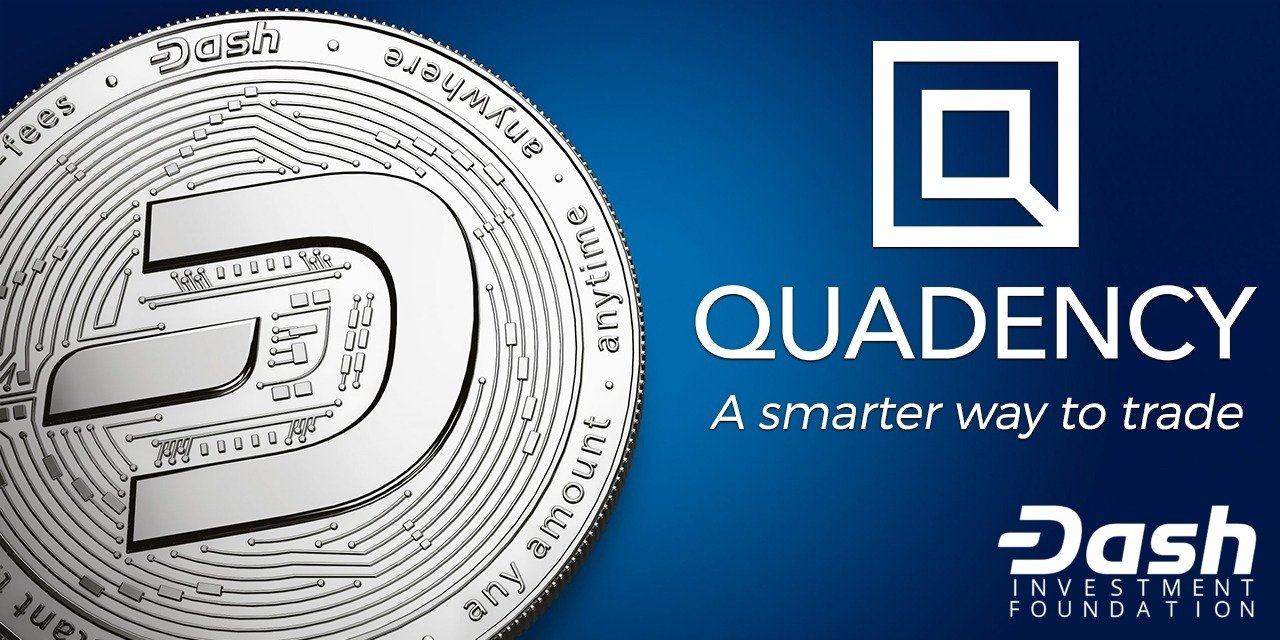 The Dash Investment Foundation invested $100,000 in Quadency, professional trading and automation platform, according to the press release published by Dash on Feb. 16. The investment was made on behalf of the Dash network as part of the Quadency's seed funding round and as part of the projects’ joint work on connecting Dash's technology FastPass into a network of exchanges. The partnership will provide Dash users with the ability to interact with FastPass exchange members from one tool.

The Quadency platform is a trading service designed to provide world-class and highly advanced trading instruments with all the relevant algorithms for a variety of trading strategies applicable on the market. The platform has seen accelerated growth of both user audiences and turnover volumes in 2020, forcing the development team to consider rapid scaling possibilities to suit heightened demand. The Dash Investment Foundation of the Dash network – the first memberless and ownerless investment fund in the world – has stepped in to help Quadency in its fundraising efforts.

Manish Kataria, Co-Founder of Quadency, has stated on the recent development that the fundraising effort is an important step to overcoming the challenges of the rapidly evolving trading industry and ensuring equal and easy access to its services for broader audiences of users. She has also noted that the Dash network’s advantages of transaction speeds and efficiency will be of great benefit to investors seeking to operate on the Quadency platform.

The Dash FastPass Network is another important partner of the Quadency platform. The network of businesses and cryptocurrency platforms integrated into the Dash network as part of the FastPass system are important facilitators for Dash users and community members. Quadency has direct connections with most exchanges in the Dash FastPass service, allowing for near-instant transactions and efficient arbitrage along with fast rebalancing of portfolios – features uncommon for most similar coins on the market.

The Quadency platform has also recently announced that the development team is in the process of implementing a significant update that will allow Dash traders to interact with other users of the FastPass service via a unified instrument.

Ryan Taylor, Dash Investment Supervisor and CEO of Dash Core Group, has stated that the Quadency platform is a promising instrument for the growing industry and has the necessary toolkit with a convenient dashboard to attract new clients and convey value. He has also mentioned that the cooperation of Quadency with FastPass is an important factor for improving user experience and trader satisfaction.

The agreement foresees masternodes acting as large holders of the Dash cryptocurrency being provided with free trials and considerable discounts when using Quadency on a paid basis. To make the agreement more attractive for masternode operators, Quadency is offering additional bonuses for users holding more than 100 Dash coins. The initiative entails the provision of prizes to Dash community members for using Quadency for market making on FastPass exchanges and services as part of the Community Market Making initiative. The Quadency platform also has numerous partnerships with various exchanges on the FastPass network, giving users additional opportunities for winning prizes, regardless of their platform of trading operations.