Sustainability and Prosperity, the potential of the 2local DeFi blockchain powered project 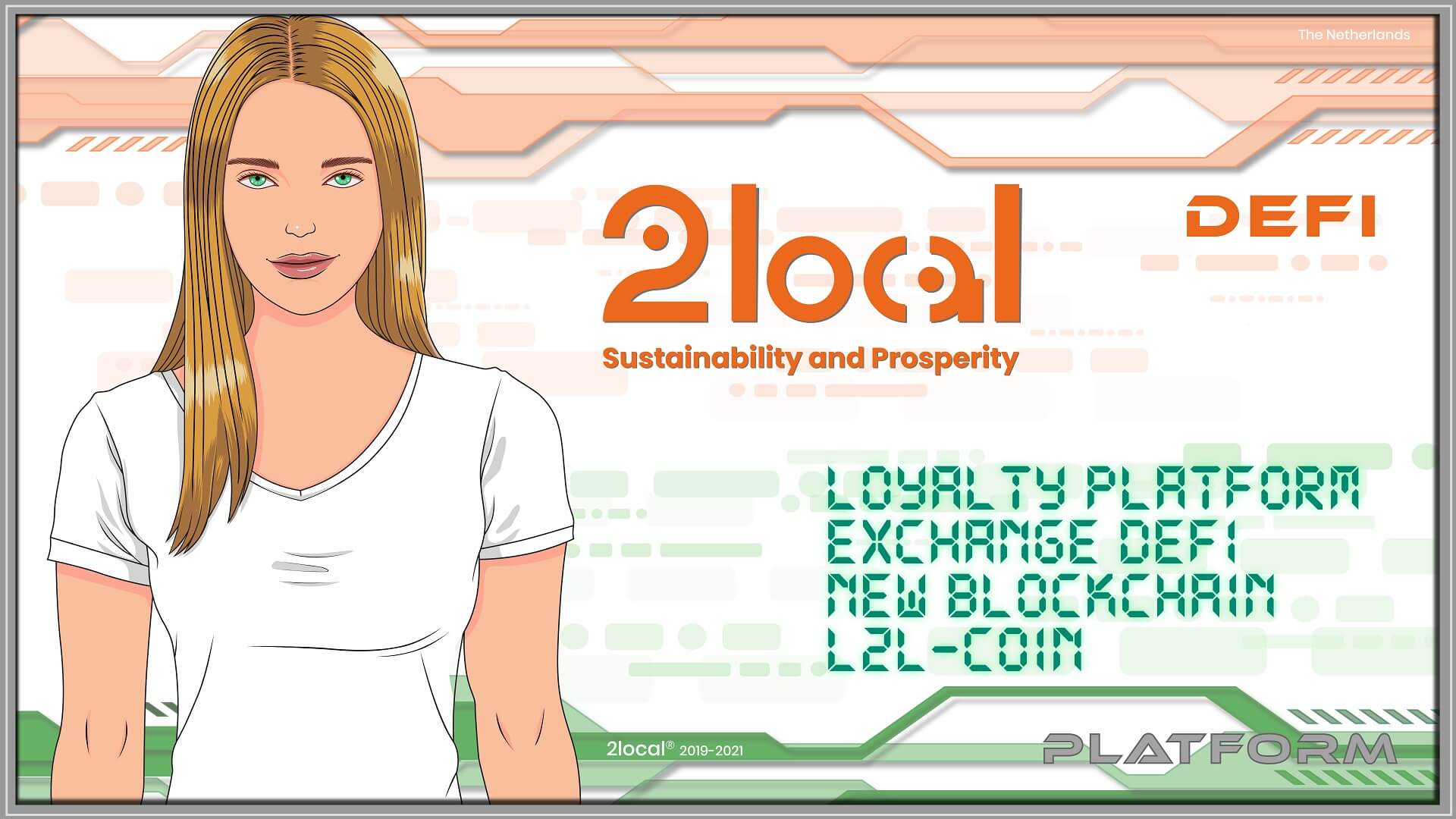 Sustainability and Prosperity for All is made possible by the blockchain and 2local for the first time in history.
For centuries the mechanics of the money system have remained hidden, from the prying eyes of the populace.
Its impact, both on a national and international level, is perhaps unsurpassed, for it is the monetary system that provides the foundations for international dominance and national control, source: YouTube: How is Money Created. Also resulting in enormous inequality and an unsustainable world.

The Netherlands and the rest of the World
2local is founded in 2019 and based in The Netherlands. The Dutch team started in 2018 as DCrypto®. The project's name DCrypto was changed to 2local when the term Crypto got discredited by the Main Stream media, Banks, Big Tech, Social Media Giants and Governments.

The name and logo of 2local® is a registered trademark. Registered at the Benelux Office for Intellectual Property.

How even Bitcoin can be improved
The Founder Antony Chang has the vision to make share the wealth of the blockchain with all the people. The creator of the Bitcoin, Satoshi Nakamoto created the bitcoin so we don't need banks to transfer money around the globe, YouTube: The Blockchain and Us, this banks exploiting money by lending out this money by printing money at an incredible amount.

His science partner Harry Donkers a specialist on sustainability and working locally, an interesting book he also wrote is Local Food for Global Future, took advantage of the opportunity to combine his ideas of sustainability in the project.
2local project was born, descripted by an investor as 'The Holy Grail' of the blockchain.

Some disadvantages of Bitcoin had to be overcome to make a suitable cryptocurrency for the 2local project.

How Decentralized Exchanges are changing the playing field.

In the decentralized exchange the well-known cryptocurrencies and fiat will be available to easily swap between each other when needed.

The option for Staking and Farming will be offered in the exchange. Expected to go live in January 2021.

2local’s own blockchain becomes a high-quality fork of Ethereum, adjusted for 2local needs. As a Consensus Algorithm, a dedicated Proof of Stack (dPoS) is used to guarantee fast, low-cost transactions. The transfer fee will be about 0.5% average about a quarter that of Ethereum (Dec.2020).

Even with this low transfer fee, the forecast 2026 a monthly generated fee will be about $30 million. Which is used for operations and the cashback system.

On top of the blockchain, a smart contract is created, fully ERC-721 compatible, so that other projects can also build their own token on it.

Loyalty Platform for sharing the wealth of the blockchain

In the live stage a Cashback is given who buys at these Connected Companies.

The transfer fee and the profit from the rising exchange rate will be used in the cashback system.
2local doesn't profit from its users but create value with them, YouTube: 2local explainer video.

Cashback system with a predetermined Coin-flow

2local sells the L2L-coin in the exchange app with a bonus as the same height as the transfer fee.

With the L2L-coin you people can buy goods or services and doing this at a Connected Company will result in a Cashback.

Companies can exchange the L2L-coin to another exchanges also directly in app.

2local buys the L2L-coin from this exchange, using a smart trading algorithm for a steady rising exchange rate.

2local keeps the L2L-coin for a Month before selling it again, to profit of the rising exchange rate.

As MVP 2local has an Android and iOS payment app with the L2L-wallet, ETH-wallet and Marketplace already in store.

Transfer 2local tokens to each other by generating and scanning a QR-code.

The final version will be equipped with all the wallets of the 2local exchange and the account of the debit card.

A QR-code will be added to the Debit Card and the cryptocurrency wallet of your choice can be linked to this QR-code.

2local is now in the Initial Coin Offerings (ICO) phase. At the 2local website an account can be made and L2L-tokens can be bought and transferred between other accounts. 2local already did an Initial Exchange Offering (IEO) at P2PB2B.io and LATOKEN.com. Doing an IEO at ExMarkets.com and planning the last IEO in Q1 2021 on a Tier-A exchange.