A new liquidity mining program is live on Uniswap: UTU pool is open 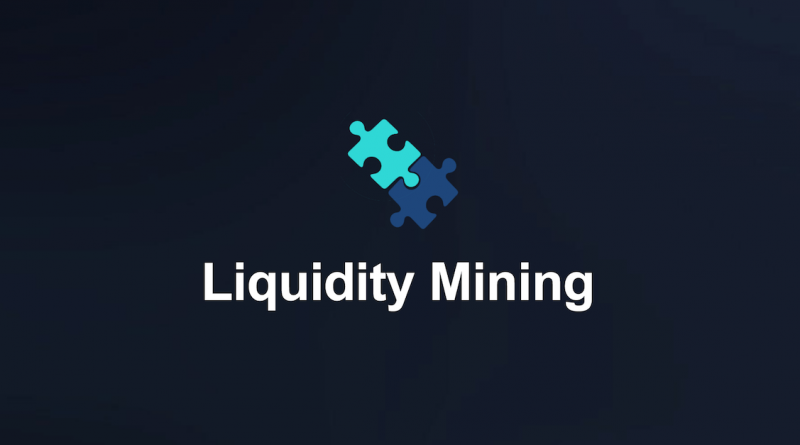 If you are looking for new ways to earn promising tokens for free, UTU, an AI-powered recommendations engine, recently announced the launch of its Liquidity Mining program on Uniswap. Uniswap is a decentralized exchange that can be used by anyone and for providing liquidity to the UTU-ETH and USDC-UTU pools, you can earn UTU tokens.

UTU is a Nairobi-based startup that is serving personalized recommendations for trusted service providers on sharing platforms. Its service can be used to drive conversion, satisfaction, retention, and viral acquisition. The platform’s mechanism is based on a human model of trust that doesn’t try to create a link of trust, but rather describe the context in which two people may trust each other. A few examples of these factors are relationships and past experiences. The project is using AI to determine the personalized recommendations and a blockchain protocol to tokenize trust in very human terms.

Now, UTU is launching a liquidity program in order to:

Maybe you are already familiar with cryptocurrency mining where you are using computation power and electricity to mine cryptocurrency. Liquidity mining offers similar rewards without all the mining hassle. The term is used just because ‘mining’ is more relatable to cryptocurrency enthusiasts. The general idea of mining is to supply network participation. You are fulfilling a network’s very specific need, which is computational power in the case of Bitcoin and Ethereum, and liquidity in the case of UTU. Thus, instead of having to purchase tokens, you are getting them as a reward. It’s as simple as that!

Plus, as most of the tokens rewarded through liquidity mining are governance tokens, there is more likely that the token owner will become a protocol user. Users who have ownership in a protocol are more motivated to help it succeed. Imagine earning a large amount of UTU tokens. They will have a monetary value from day one, sure, but won’t you want to increase the value of your tokens if it’s as easy as sharing the protocol with your friends and bringing more users? You are most likely doing this for other apps where you don’t have any ownership in and the potential financial upside is only for the founders. With decentralization, like in the case of UTU, everyone shares the same gains based on their UTU holdings.

If you haven’t heard about it yet, UTU and other decentralized application are changing the financial system into a more permissionless one. Anyway, DeFi would be useless if everyone would still continue to use their traditional counterparts. Decentralized Exchanges (DEX) tried to replace the centralized ones before, but people found them hard to use because of the slow processing time. Something was missing and that was liquidity mining. DeFi didn’t explode by itself in 2020, it was hyped when it reached its completeness after putting together the last piece of the puzzle: liquidity. Liquidity brings usability. The more capital inflow, the more token appreciates.

Don’t take it for granted though! The team will run the program for an initial period of 60 days but it’s not clear for how long it will last. Keep in mind that UTU listens to their community feedback and they are going to make changes when necessary. You can always make yourself heard but for starters, you can enjoy the rewards!

We’ve found out that the UTU liquidity program will run for 60 days. During this period 15 UTU will be rewarded per Ethereum block. This means that each day around 98,730 UTU will be distributed to liquidity providers like you.

The rewards are being shared at each block based on your actual share of the total liquidity provided across both pools. This is an all for the community move as the UTU team already confirmed that the liquidity provided by them will be excluded from the rewards. More tokens for you!

We are a few days in already, the program started on October 31st, but the first tokens weren’t distributed yet. It doesn’t matter when you join, you can start earning tokens at any time. Everything will be fairly distributed every 20 days. The first one to be distributed in a few days on November 20th. If you’re joining today, on November 20th you’ll already get your first UTU reward tokens. The earlier you get in, the better, as fewer liquidity providers mean more tokens for you. As of November 6th, the APR is a whopping 1100%!

I mentioned the app where you can join the UTU liquidity program. Uniswap, if you are not already familiar with it, is a permissionless DEX that allows you to trade any Ethereum tokens, like UTU, directly from your cryptocurrency wallet. There are no deposit, no withdrawals, no centralized order book, everything is run through Uniswap’s liquidity pools with little impact on the price of the token. Such a pool is the UTU-ETH and USDC-UTU pools that I’ve mentioned above.

Uniswap is open for anyone to join, you only need to prepare your cryptocurrency wallet and connect to uniswap.org. With just a few clicks and no KYC or third-party risks, all powered by smart contracts you can trade tokens or become a liquidity provider.

As of this year, Uniswap launched version 2 of its product which is highly improved at all levels. The token pools that we discussed above were introduced with this new version and that’s how the DeFi craze started. You can join right now. It’s still early. By participating in the UTU-ETH and USDC-UTU pools, you’d participate in DeFi and support the global movement.

Then we can discuss Uniswap’s decentralization. The project not only runs exclusively on smart contracts on the blockchain, but its entire app is open-sourced on Github meaning that if the current app won’t exist anymore, anyone could host the app and the trading on Uniswap will continue as nothing happened.

Uniswap is rapidly becoming the defacto exchange for DeFi tokens and UTU is already part of it!

Very important: first you’ll need to have equal amounts of UTU and ETH in your wallet. Make sure you have enough tokens before getting started!

Earning tokens through liquidity mining is the newest trend in cryptocurrency. Participating in the movement you are a pioneer and the rewards could be substantial. In the case of UTU and many other tokens, the governance bit is the most important one. Don’t forget that once the tokens are in your wallet you’ll get the opportunity to actively participate in the governance of the protocol and step in the shoes of the founders. What an exciting time to be alive!