Bitcoin already broke $14,000 twice but bulls couldn’t fix the price above this area. And if the first rebound was probably caused by the news from Hong Kong, where authorities decided that all platforms for trading cryptocurrencies had to be regulated no matter whether securities are traded on these platforms or not, then the second rebound is the result of what is happening in the USA, the presidential elections. Everyone knows how financial markets respond to this event, especially a currency one, which is now highly volatile in both directions.

The most interesting statement this week was made by the President of the European Central Bank Christine Lagarde. In her Twitter, she announced that the regulator decided to explore the possibility of issuing a digital Euro due to the fact that the region’s population started using digital technologies more often, that’s why the ECB had to be ready for a digital Euro if necessary. It should be noted that a digital Euro will be coupled with cash money but not intended to replace it. The key objective of creating such an asset will be making daily payment transactions fast, easy, free, and safe. Lagarde also said that she would like to hear a public opinion about it. In the short-term, this piece of news may not provide significant support to the cryptocurrency market. However, if we talk about the long-term perspective, cryptocurrencies might as well respond pretty positively.

From the technical point of view, the RSI is leaving the “overbought area”, so one can expect further growth of the asset in the nearest future. Earlier, when the indicator was moving above 80, it caused a slight correction on the daily chart. Unfortunately, the current movement was no exception. A more conservative scenario implies a rebound from the support line at the RSI, which may be a good signal in favor of another rising movement. However, in this case, one should exclude a test of the closest support at $12,665. 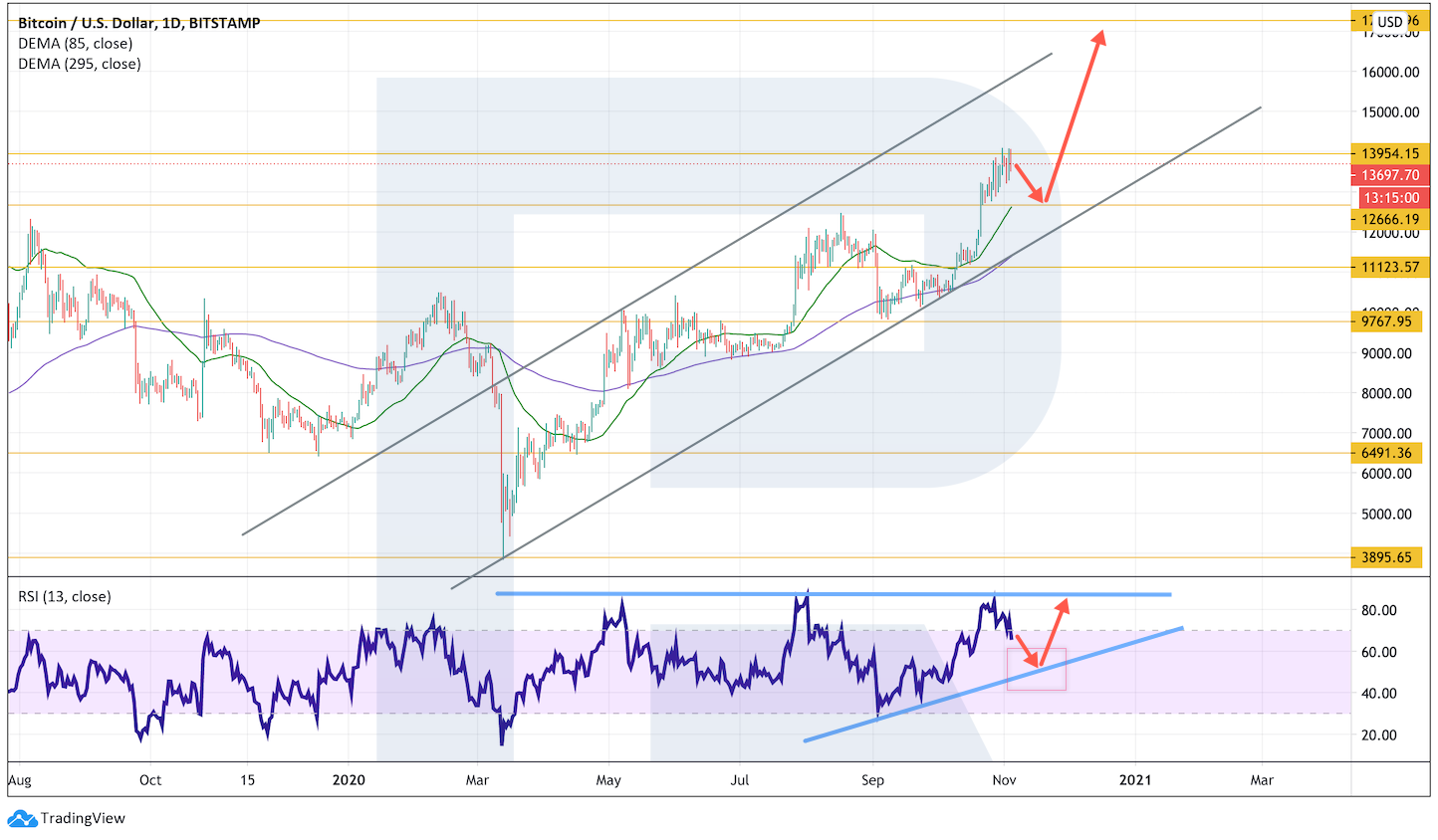 In the H4 chart, the RSI is also “clinging” to the trendline and isn’t falling below it, thus indicating that bulls are quite strong. The price is rebounding from the area between Moving Averages, which is another bullish signal. As a result, one can see that bulls really want to fix the asset above $14,000 after all and even continue pushing it upwards. However, the bullish scenario may no longer be valid if the asset breaks $12,665 along with the rising channel’s downside border. In this case, the instrument may continue the correction towards $11,840. 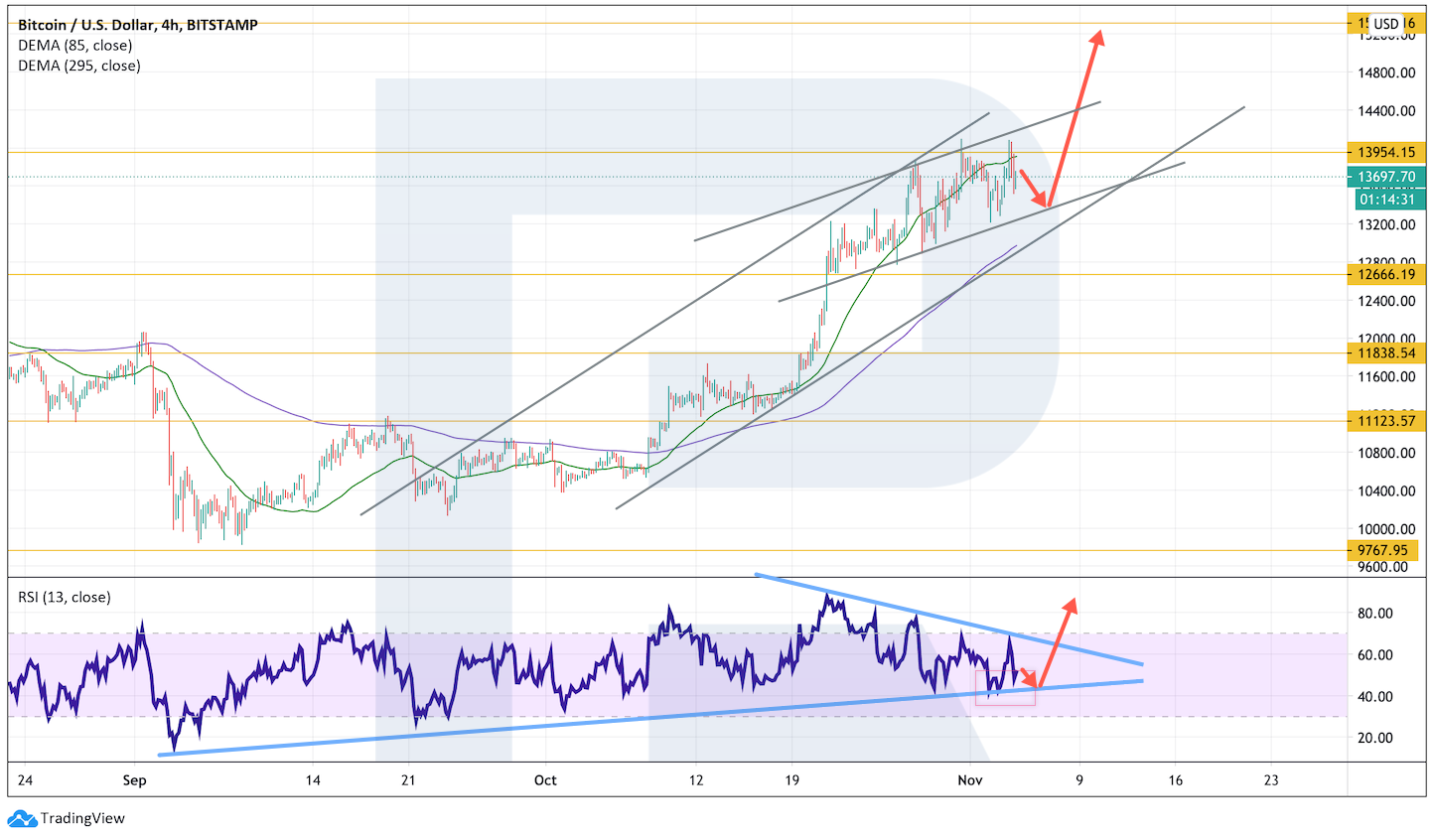