TronSuperStars - is a new decentralized platform that revolutionizes the combination of gambling and DeFi trends. On the platform every player has the opportunity to increase profit through his gaming skills. Most of the games on the platform are PvP (players play with each other).

Thanks to the platform’s microservice architecture, third party game developers can easily integrate their decentralized games on TronSuperStars and monetize them. Integration with the platform and its smart contract system is made through the TronSuperStars API.

There is no strong competitor on the market today, whose concept would be based on the PvP mode and a special in-game non-transferable token SDUST, which essentially reflects the level of player gaming skills. It is possible to get SDUST only by winning games.

According to the latest analytics, it will take at least another 11 months for this niche to be fully occupied by competitors. TronSuperStars are ahead of the trend.

A unique feature of the platform is the presence of a dividend pool. STARS holders get payments from the dividend pool if they temporarily freeze their tokens.

What is STARS Token?

The STARS token is the most valuable thing in TronSuperStars ecosystem. It is a token that allows to receive dividends and take part in various gaming events.

Current use cases for STARS tokens:

7,000,000 STARS will be provided for farming and staking on Ethereum and Tron blockchains.

STARS as a tool for generating passive income

After each win, the user receives STARS and TRX as a reward, if the user loses, he still receives STARS. Each player can freeze their STARS tokens on the platform to receive TRX from the main dividend pool.

Active players and STARS holders who regularly play and improve their gaming skills can drastically increase their income by participating in monthly rating lists and jackpot pools. The platform takes from 5% to 10% fee from each game and directs them to the main dividend pool, and regularly distributes it among the holders of STARS tokens through a smart contract. After the launch of the BETA version of the platform, STARS holders received $ 25,000, and the total turnover amounted to $ 500,000. 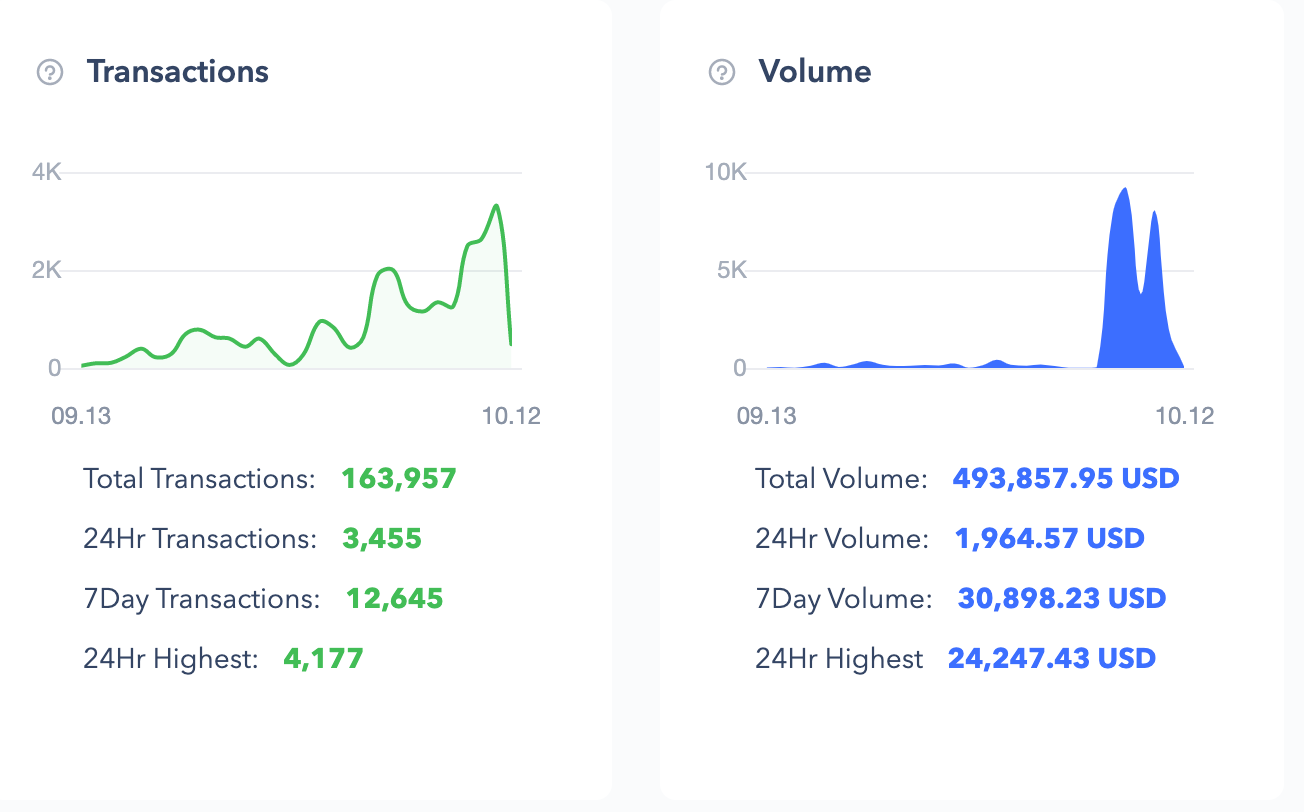 Comparing TronSuperStars to other projects

To demonstrate the benefits of TronStars, we have compiled this simple comparison table. 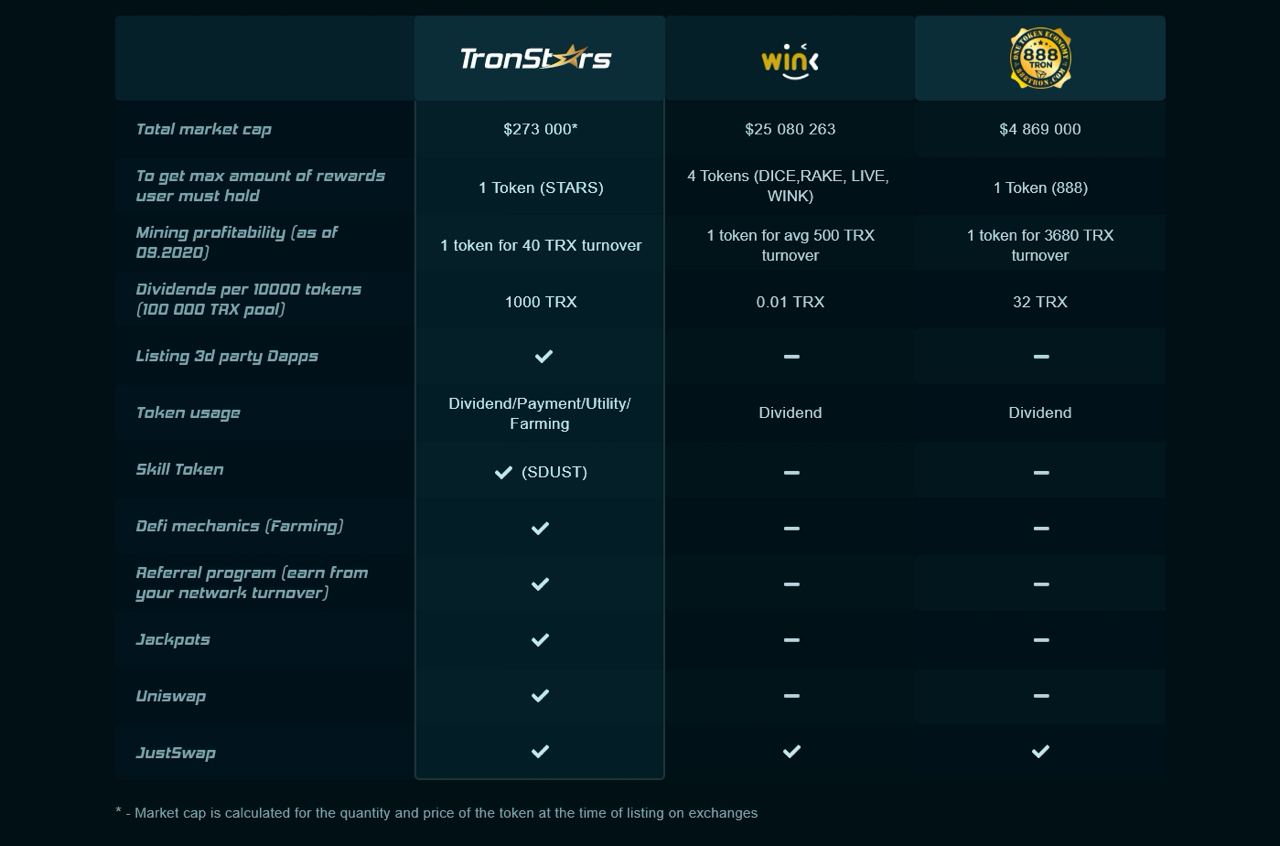 According to the roadmap, the team was supposed to release one game in the first month after 6 months, another 1 game.

TronSuperStars was able to significantly speed up the process thanks to the support of the community and released GRIND and two versions of the Fool game, and one non-card game RPS Cryptolord. 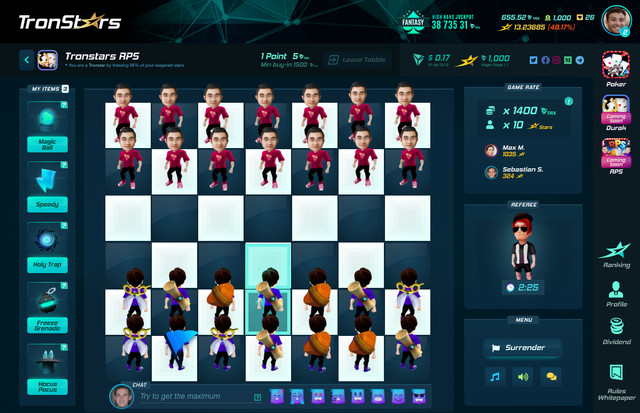 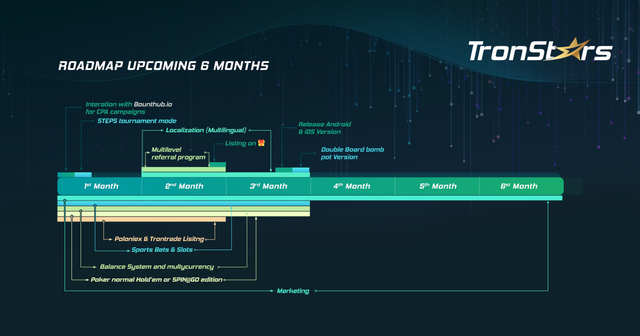 Tronstars Roadmap for next 6 month

Each project contributes to the TronSuperStars ecosystem, increasing its value.

Four games are available on tronsuperstars.cc at the mome

STARS token will be listed on Uniswap and Justswap on October, 14th