After Recent Scandals, the Crypto Exchange Markets are Shifting

In a market that has grown at a breakneck pace over recent years, crypto exchanges have been through their fair share of issues. From exit scams to hacks to allegations of market manipulation - the list goes on. However, seismic events have shaken the crypto markets over the last month to the extent that we’re now seeing a shifting landscape across the exchange markets.

On September 26, KuCoin confirmed via its blog and Twitter account that it “had detected some large withdrawals.” After the discovery that the exchange had been subjected to the third-biggest attack in crypto history. The thieves took a total of $281 million in Bitcoin, Ethereum, and various ERC-20 and TRC-20 tokens.

Since the incident, KuCoin has been working with the projects that listed its tokens to reinstate them to their rightful owners through token swaps and other means. KuCoin representatives have remained tight-lipped about the incident, only stating that they have identified suspects, and the matter is now in the hands of law enforcement.

Elsewhere, exchange giant OKEx suddenly announced on October 16 that it was halting all withdrawals, amid a swirl of rumors. The announcement confirmed that “one of our private key holders is currently cooperating with a public security bureau in investigations where required” and implying that the exchange couldn’t access its own wallets in the absence of one individual. It later emerged that the individual in question is Star Xu. The price of OKEx’s token, OKB, fell by nearly 30% following the news. 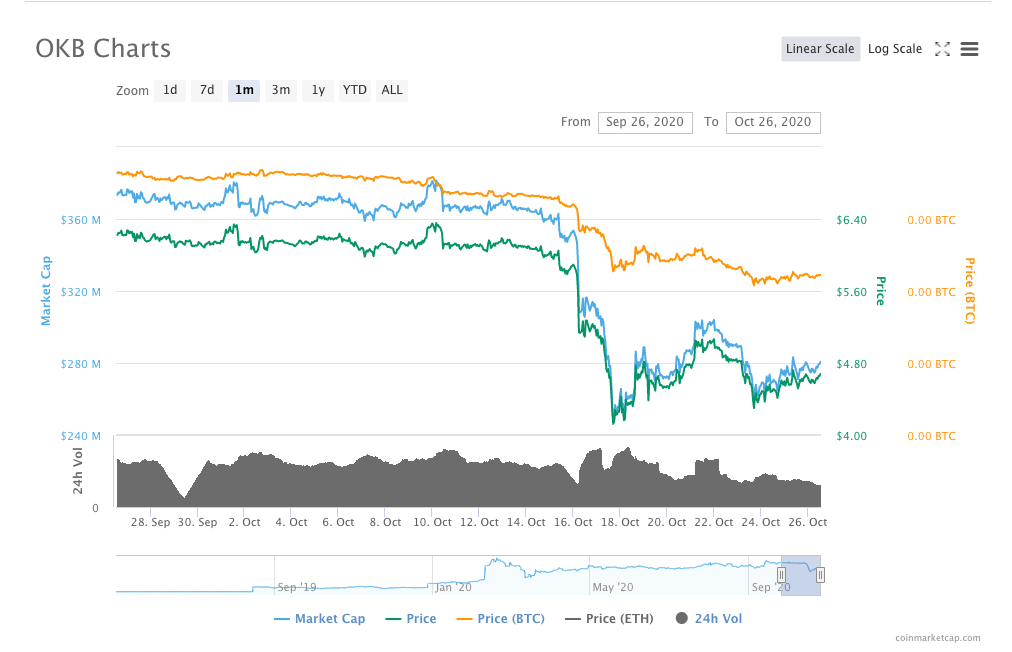 At the time of writing, OKEx has reinstated some functionality. However, users are still unable to withdraw their holdings.

Derivatives Traders Vote with Their Feet

The derivatives markets also took a blow in recent weeks. For the past year, the US Commodities and Futures Trading Commission has been investigating BitMEX for offering unregulated trading to American users.

On October 1, the Department of Justice confirmed it was bringing criminal charges against the exchange’s three co-founders along with one senior executive. They stand accused of “willfully failing to implement and maintain even basic anti-money laundering policies.”

It was the culmination of a challenging year for the Seychelles-based firm, which had struggled to recover open interest levels following March’s “Black Friday.” As the price of Bitcoin fell rapidly, BitMEX went offline, meaning traders couldn’t exit their positions and were force-liquidated.

Open interest in Bitcoin futures plummeted rapidly across the board, but in general, it has recovered well along with the price of BTC. However, BitMEX has suffered. In March, it had over $1.5 billion in Bitcoin futures open interest. By mid-October, this was hovering around the $600 million mark. 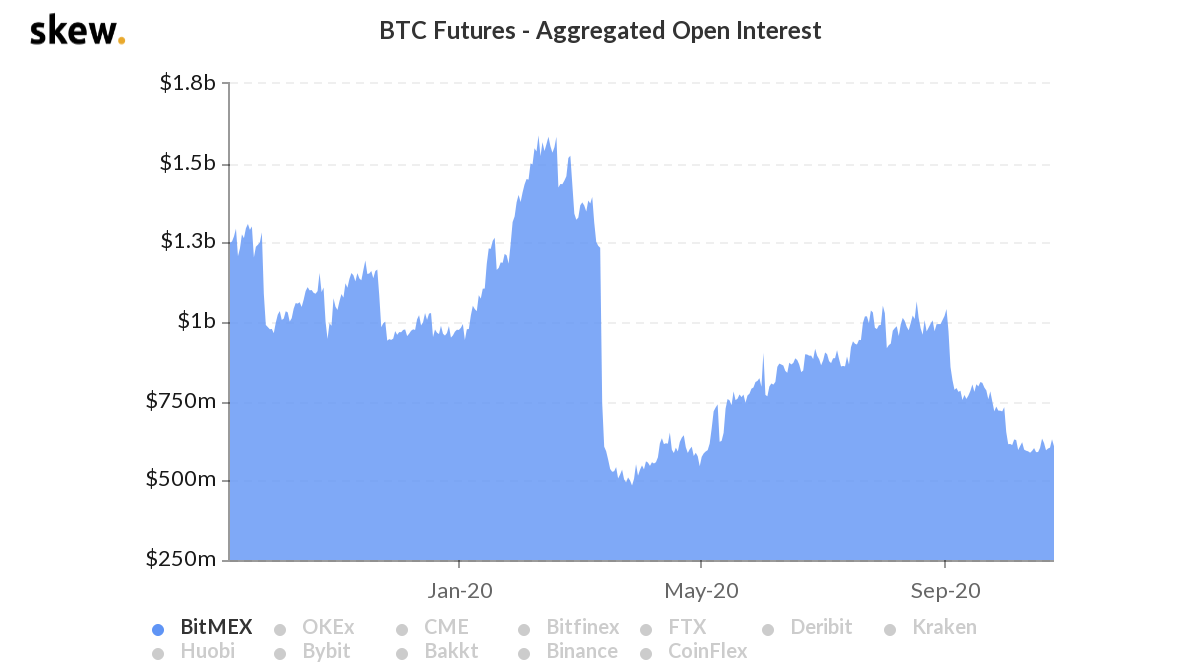 So, if the overall levels of open interest in Bitcoin futures have remained buoyant, where are traders going? The exodus from BitMEX has provided a significant opportunity for its rivals to gain a more prominent place on the market.

Singapore-based Bybit is one obvious winner. The exchange launched in 2018 and has grown to accrue over one million registered users. This year, it has launched several new products, including new perpetual contracts offering exposure to altcoins such as XTZ (Tezos) and LINK (Chainlink.) It’s also started offering mutual insurance to help traders offset the impact of losses while avoiding the complexity of hedging instruments like options.

However, it’s perhaps in the area of trust and transparency that Bybit is managing to differentiate itself against previous market leader BitMEX. The latter has been plagued by allegations from the crypto community about using its in-house trading desk to profit from traders and “weaponizing” its server issues as a means of increasing its insurance fund.

In contrast, Bybit lives up to its values as a customer-centric platform. It operates a matching engine that can handle 100,000 transactions per second, along with a state-of-the-art pricing system to avoid manipulation.

Furthermore, Bybit founder Ben Zhou has spoken out about the industry's security issues, explaining how his company invests in security by working with reputable firms on audits and implementing zero-trust architecture. Such a rigid approach to security ensures that ByBit has never been hacked since it launched over two and a half years ago.

It’s this customer-centric approach, along with optimal market conditions, that has led to Bybit being able to 4x its open interest in Bitcoin futures in 2020. It increased from $150 million in January to over $600 million in October - outpacing BitMEX for the first time 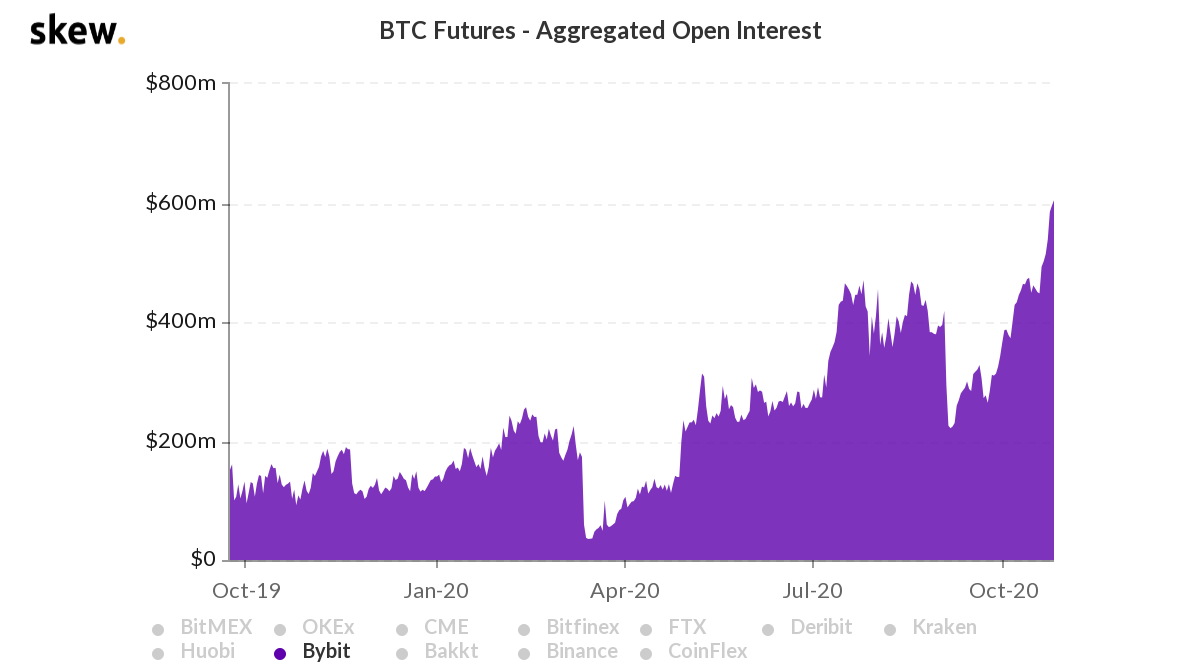 If further proof were needed that BitMEX is losing out to its newer rivals, then FTX is another example. Open interest in Bitcoin futures on FTX increased from around $75 million in January to $330 million in October. 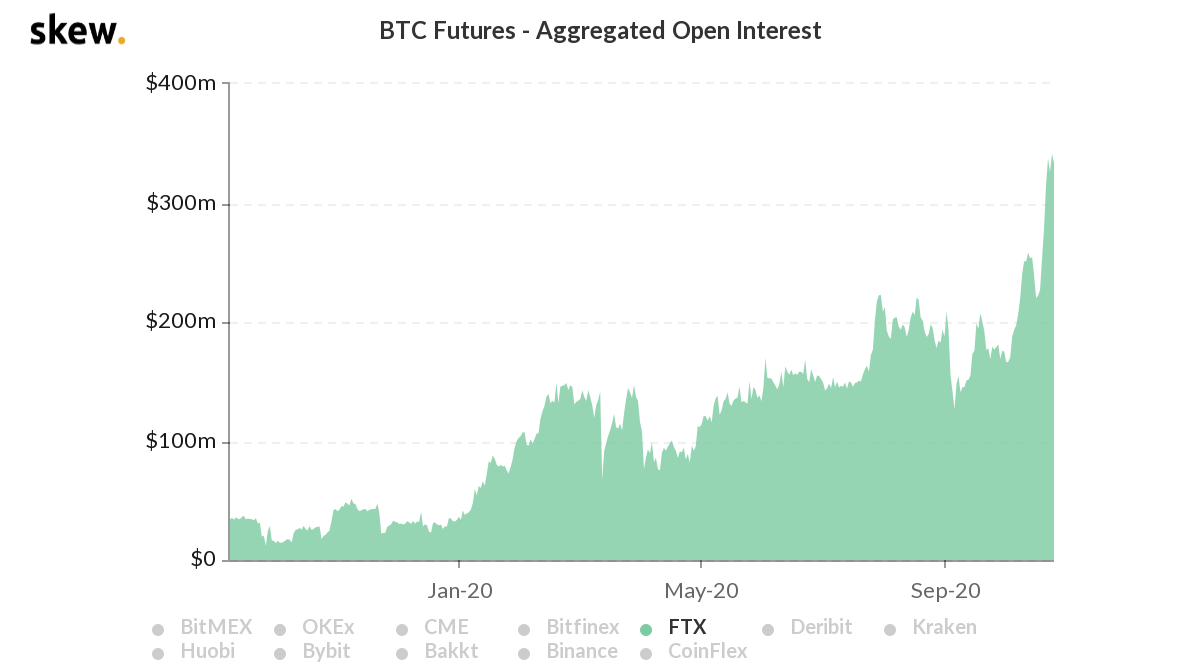 However, unlike Bybit, which is focused on the perpetual swap market, FTX has made its name with new products such as leveraged tokens. Therefore, Bybit is perhaps a more natural fit for traders looking for an alternative to BitMEX, which is reflected in its higher open interest.

With user trust in KuCoin, OKEx, and BitMEX declining, it seems evident that traders and investors will continue to look for more reliable alternatives. Crypto exchange operators would do well to learn from these mistakes and step up to demonstrate their credentials in terms of security, reliability, and customer focus. In doing so, they have an opportunity to capture market share from the competition.