The July trading volumes on the CEX.IO cryptocurrency exchange have grown twice compared to June 2020. A major reason for the growth is the increased interest of market participants in ETH – in particular, because of DeFi and the imminent release of Ethereum 2.0. Now ETH is a growth driver, and it is pulling other cryptocurrencies, like BTC, in particular, up.

Starting around July 20th, trading volumes on CEX.IO have increased several times after a relatively long lull, reaching the levels of May 2020. 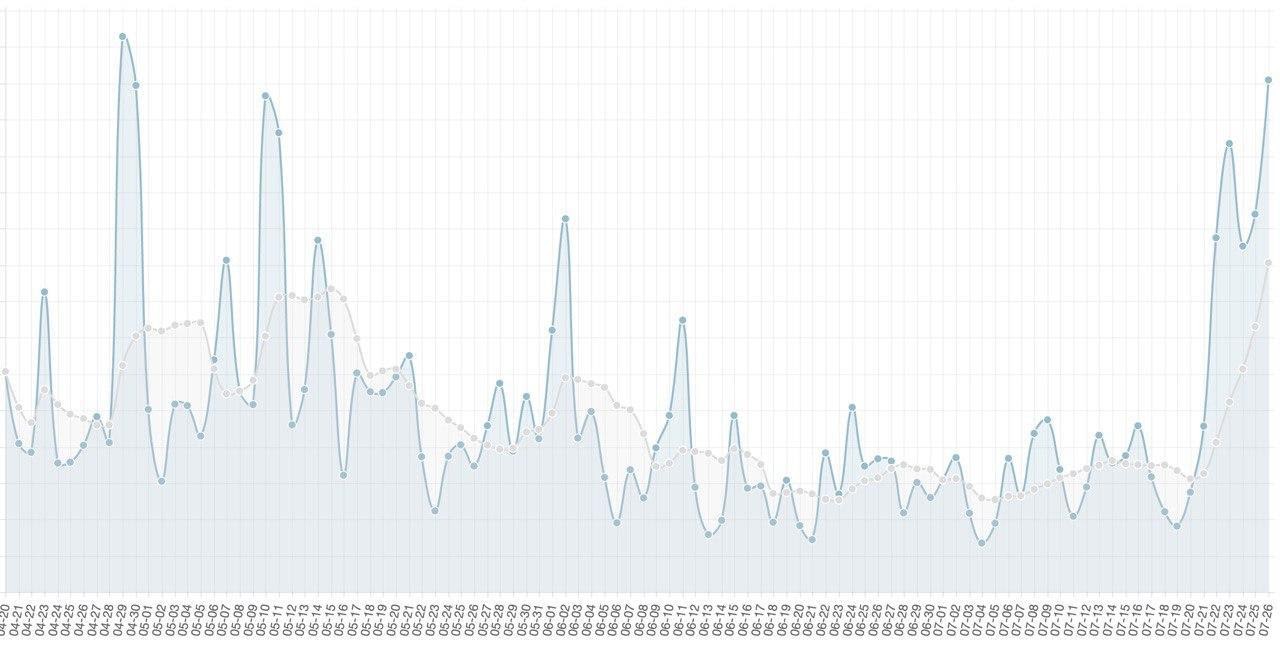 Trading volumes of all cryptocurrency pairs on CEX.IO

Usually, the share of the BTC/USD pair in the total exchange volume is about 40%, but over the past few days, it was only about 20%. The rest of the volume was provided by other pairs. In particular, volumes of ETH pairs increased several times. During the week of July 20-26, the average daily ETH turnover on the exchange was 3 times higher than the average daily ETH turnover in June. 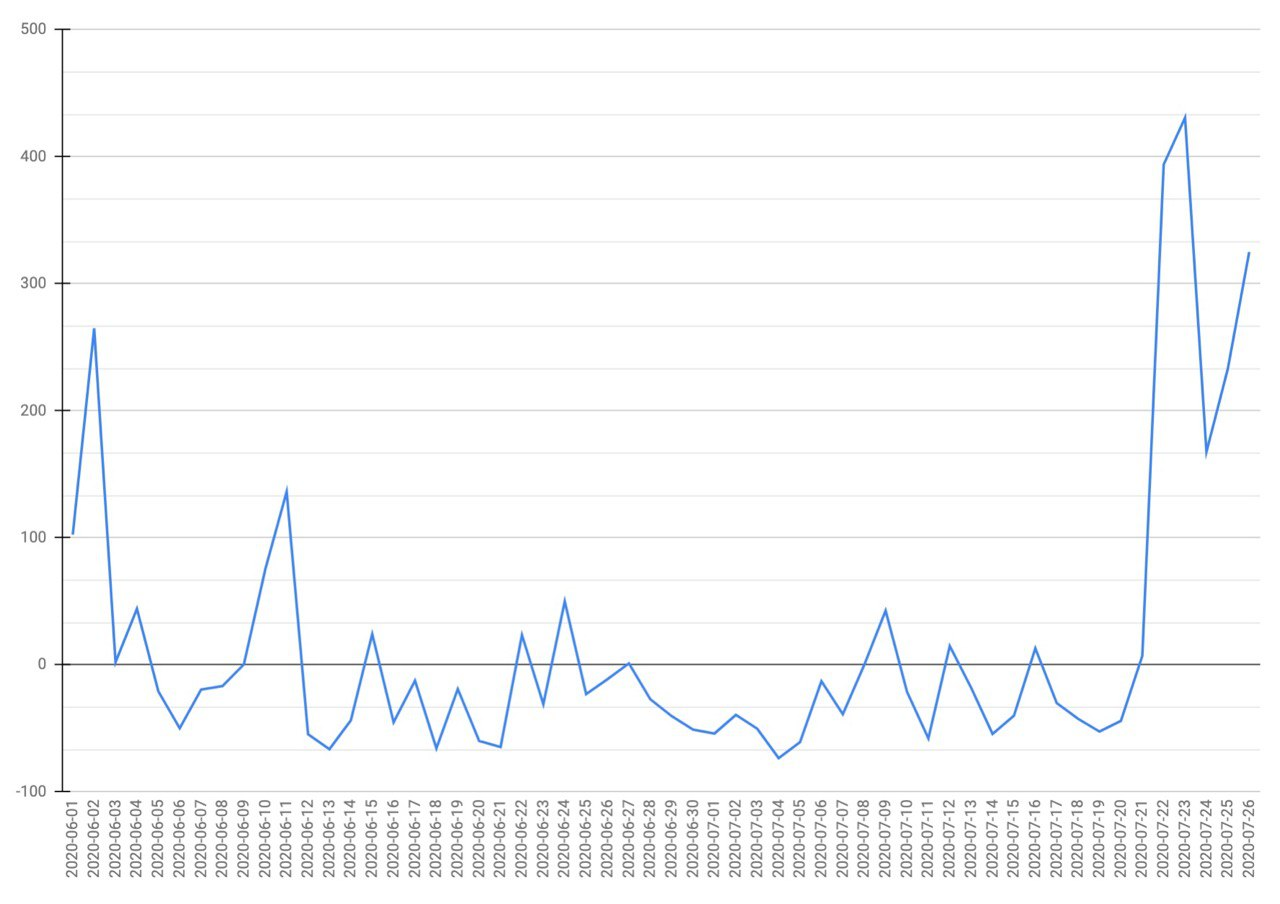 Volume of cryptocurrency trading pairs with ETH. The Y axis shows how higher (in percentage) the ETH turnover was on a particular day, compared to the average daily ETH turnover in June 2020. The peak was on July 23rd – at 430%.

It is safe to say that ETH is now the driver of the cryptocurrency market growth.

On average, the balance of BTC and ETH deposits and withdrawals on CEX.IO has been preserved. Sometimes there is a noticeable bias towards BTC input and ETH withdrawal. This indicates either an increased demand for buying ETH or active arbitrage strategies of traders.

Bitcoin forecast and other reasons for growth

Bitcoin reached the $12,000 mark for the first time since the beginning of the year, but  couldn't hold the position and rolled back. Such movement of the main cryptocurrency was fairly predictable. If you follow the charts of the coin’s dynamics, you can see that the bullish trend has formed 50 days ago. The cryptocurrency has been gradually going upward, passing one level after another.

In addition, other factors also contributed to Bitcoin's growth. The main among them is the rapid rise in gold prices. And although many experts believe that gold and BTC are not correlated, this is not the case. Bitcoin is called “digital gold” for a reason. As soon as the cost of a troy ounce of gold passed the $1,900 mark, the price of Bitcoin went up sharply.

The strengthening of the Bitcoin rate was also facilitated by the increase in the US dollar emission. Just recently, the US government announced that it is preparing a new bill aimed at overcoming the consequences of the coronavirus pandemic, which includes a number of anti-crisis measures, such as additional dollar emission and issuance of support payments of $1,200 per person. Factually, passing the bill will result in trillions of cheap dollars being released onto the market. Issuing checks for this amount will stimulate cryptocurrency buyers. Last time, in April-May of this year, the purchase level of cryptocurrencies in the amount of $1,200 went up sharply. This means that Americans are increasingly thinking about alternative sources of investment, and cryptocurrencies are one of them.

The price has tested resistance around the $10,500 level several times since the beginning of 2020.