How to Take Back Control of Your Crypto Finances

Cryptocurrencies, for the most part, are decentralized digital assets that are used to empower their holders and reduce their reliance on government infrastructure, centralized payment processors, and banks.

However, the rise of cryptocurrency exchanges has skewed this purpose, as a large proportion of cryptocurrency holders now keep their funds on these platforms—which are beginning to form the banking infrastructure for digital assets. As we’ll now see, this is problematic from a security, sovereignty, and privacy standpoint.

Many of the most popular cryptocurrencies, including Bitcoin, Litecoin, and Bitcoin Cash were designed around the principles of self-governance. That is, these currencies are designed to empower individuals to directly manage their finances without relying on custodial service providers—like the cryptocurrency equivalent of a bank.

Although these platforms might be convenient, they are also arguably the least secure way to store cryptocurrencies, since they are notoriously prone to being hacked. So far, around $1.4 billion has been stolen from cryptocurrency users in 2020—a significant chunk of which was stolen from insecure exchange platforms.

Cryptocurrencies were also designed to restore privacy to their users, helping to ensure government agencies, corporations, and other institutions are unable to easily track who is using them or how they are being used.

However, a large proportion of cryptocurrency services and wallet providers act to undermine this security by keeping logs of the IP address used to access the services and potentially sharing this data with unwanted third parties—including blockchain analytics firms, regulators, and advertisers.

This is made worse by services that enforce address reuse, causing users and customers to reuse the same address for both inbound and outbound transactions. This makes it far easier for anybody tracking this address to tell exactly how much money they have sent and received, who it has interacted with, and potentially who the address owner is. 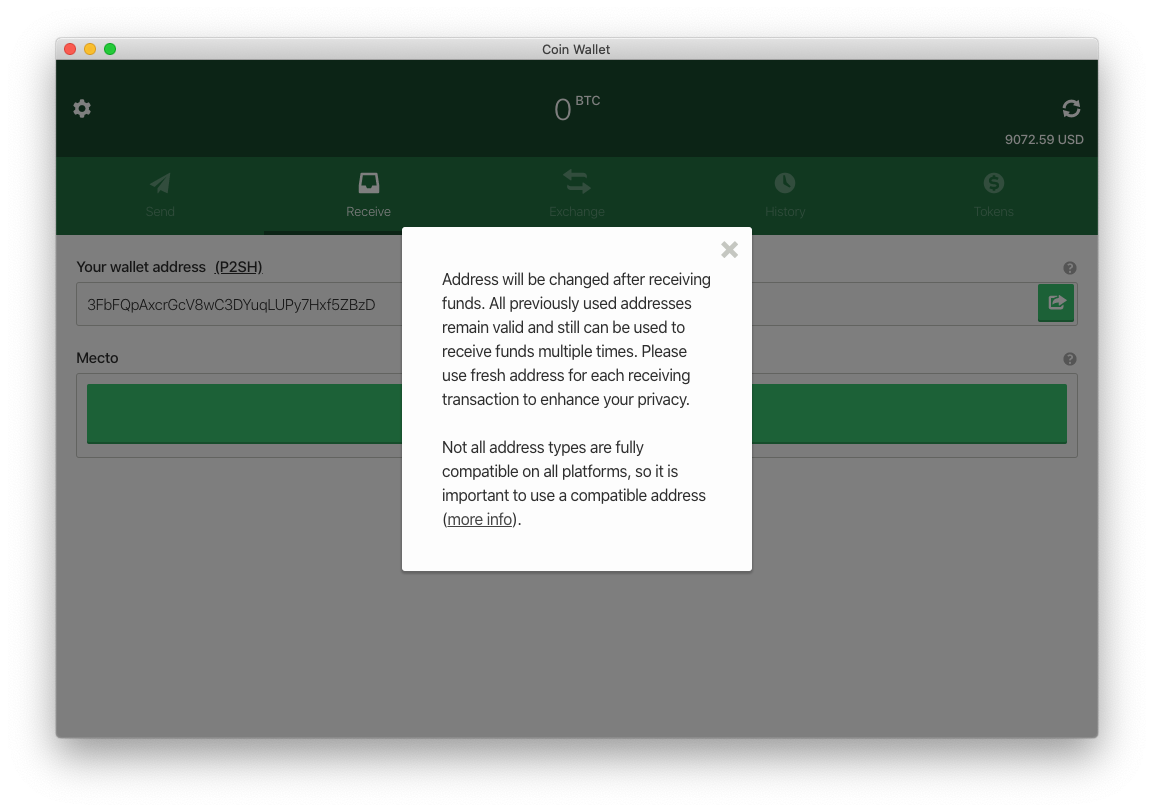 Luckily, avoiding these privacy issues usually boils down to simply choosing a better Bitcoin wallet. Modern cryptocurrency wallets like Coin wallet offer a wide variety of privacy-preserving features, including automatically generating a new address for each transaction, VPN and Tor support, and the ability to break the link between change outputs—ensuring sensitive metadata isn’t leaked when creating and receiving cryptocurrency payments.

Manage Your Own Private Keys

It isn’t just important to protect yourself against potential scams and breaches of privacy, but also to ensure that you unequivocally have total control over your cryptocurrency funds.

To achieve this, you will need to use a cryptocurrency wallet that either provides full access to your private keys or allows you to generate a recovery phrase which can then be used to derive these private keys. These can usually be identified if they comply with the BIP39 standard, which allows wallets to be quickly generated from a series of easily memorizable words known as a recovery phrase (or mnemonic).

Ensuring you have access to your recovery phrase and/or private keys can help you avoid some of the major issues sometimes faced by users of custodial wallet solutions, like those offered by cryptocurrency exchanges—including denial of service attacks, theft, and unscheduled downtime that could otherwise leave your funds inaccessible or lost forever.

Managing your own private keys also frequently enables you to participate in network governance and security by voting and staking with your assets—two rapidly growing use cases for many cryptocurrencies. This can help you both shape the development of your favorite cryptocurrencies and earn rewards for doing so, but most centralized wallet providers don’t pass on this functionality to their users.