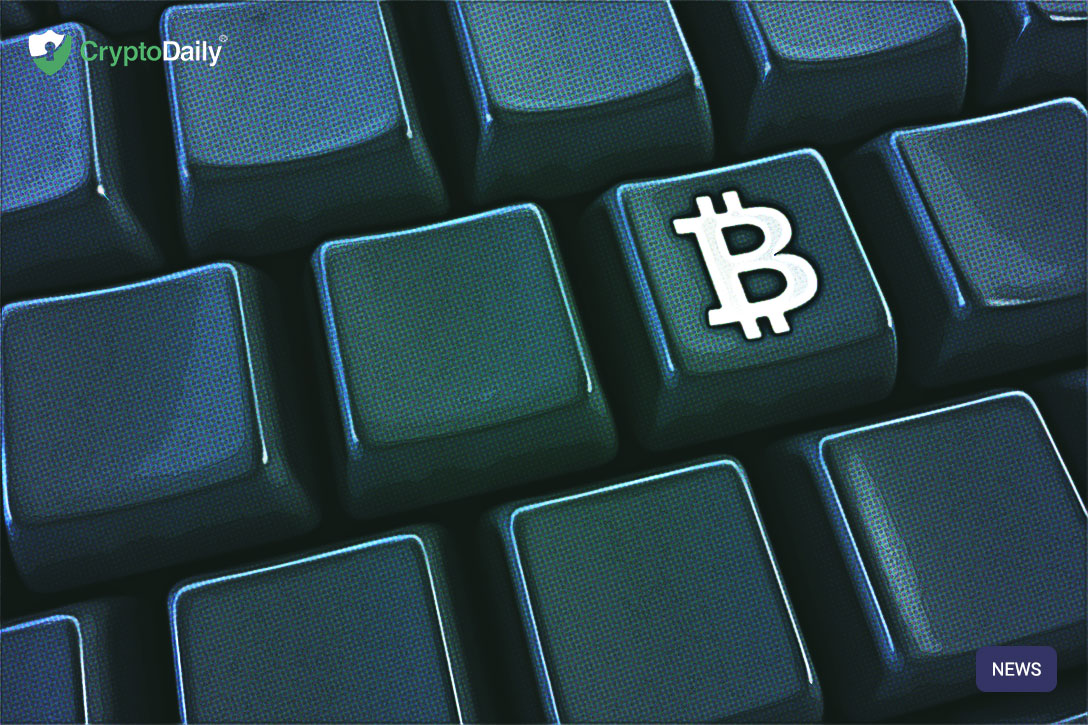 In 2020, the total market cap of all Proof of Stake (PoS) coins reached $14.5 billion and the staking rewards are getting more compelling. New coins are launching 100% PoS. Old coins are shifting to PoS. PoS is rapidly becoming the de facto consensus mechanism keeping blockchain networks secure while giving dividends to its users.

There’s no doubt that PoS is a technical improvement beyond Proof of Work (PoW). It reduces the energy requirements of running a network to a minimum which is very important from an environmental standpoint.

Anyway, PoS doesn’t necessarily solve the scalability problems of PoW. In order to reach fast transactions and scale efficiently protocols started to sacrifice their network decentralization. EOS and Libra are limiting their networks to a small number of nodes. Tezos and Waves are criticized for “rich get richer” economics. And the worst is that new coins are following the leaders into implementing similar mechanisms. It’s true that Ethereum and Near Protocol proposed new technical solutions, but, until today, these remained just theoretical proposals. Except one:

Harmony is the first blockchain to successfully combine Sharding and Proof of Stake, making its network scalable without sacrificing decentralization and offering to its users the opportunity to earn annual yields ranging from 45% to 15% in the first year. 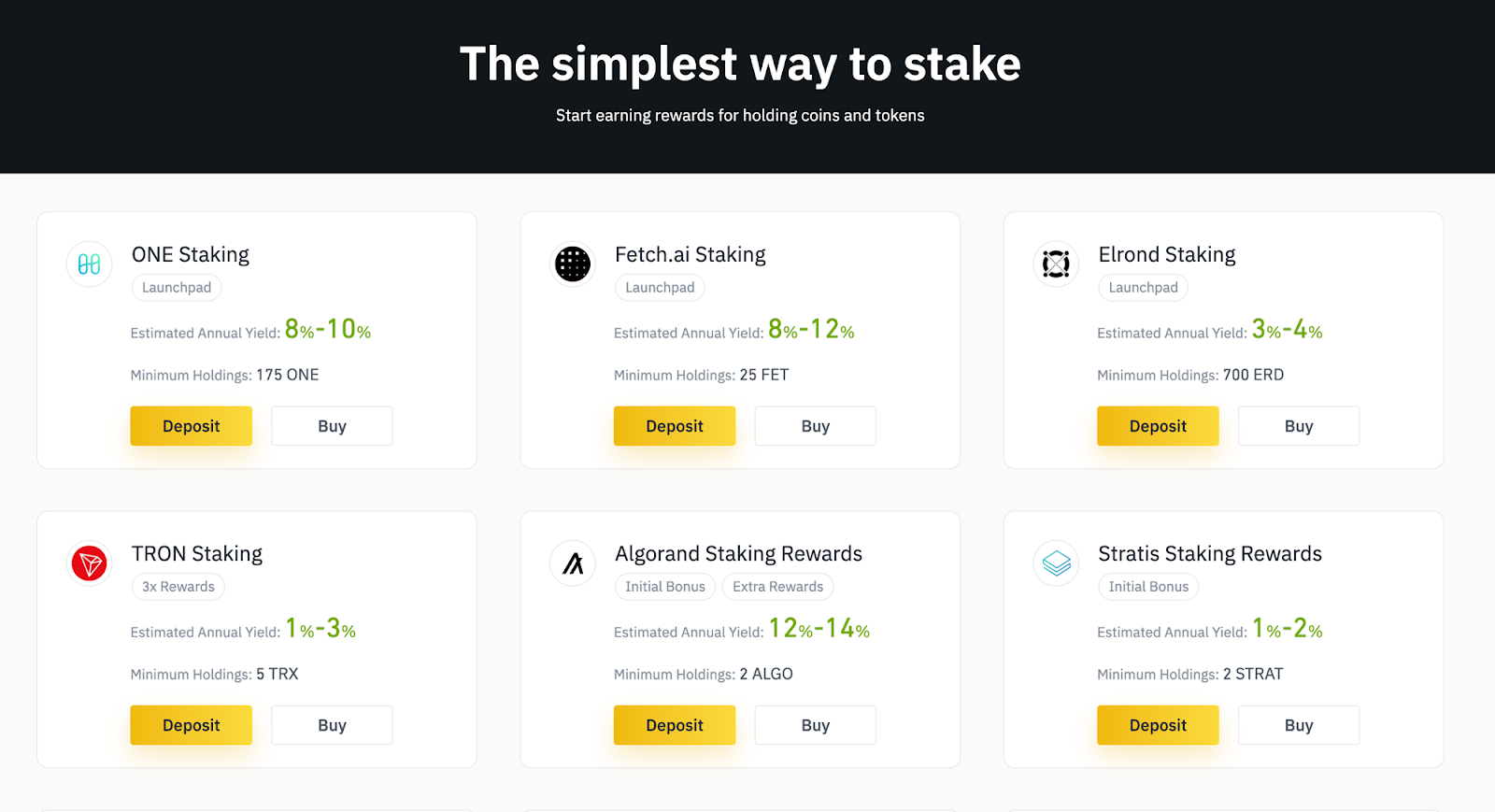 We’ll talk more about why combining these two technologies, sharding and PoS gives the best outcome and why Harmony’s staking rewards can outclass if the most profitable networks. But first, let’s understand how PoS works, what are its problems, and what it needs to run at its best.

Proof of Stake - Why is it better?

Most likely you are familiar with the Proof of Work (PoW) consensus system where users are mining cryptocurrency (i.e. Bitcoin) using their computers. You can look at it as using hardware devices to transform electricity into virtual currency. It made sense a decade ago when Bitcoin was the only functional cryptocurrency. Today, you might question this concept by asking: “Why do we need physical devices and a physical resource such as electricity to maintain a virtual environment?” PoS is changing that. With staking, the mining process becomes entirely virtual where instead of physical miners we have ‘validator’ who are locking up a fixed amount of their coins as a stake.

While PoS sounds like a new technology because only nowadays more protocols are adopting its mechanism, it is, surprisingly, almost as old as PoW and Bitcoin. The first PoS system was introduced in 2012 by Peercoin as an alternative to Bitcoin’s PoW. While Bitcoin’s source code remained almost the same, in all this time PoS has seen many variations and improved significantly until today when we are talking about the first truly scalable version of it, introduced by Harmony.

Peercoin was the first to introduce a system where coins were created based on the holdings of individuals. Its problem was that it wasn’t rewarding holders to decisively opt for a single chain. Individuals were creating conflicting blocks at no cost which led to the disappearance of Peercoin. Today we are calling it the “nothing at stake problem” and in most modern solutions there’s not an issue anymore. Harmony’s Effective Proof of Stake (EPoS), for example, is supporting stake delegation, reward compounding, and double-sign slashing, just for you to grasp how much technological advancement has been made since then.

EPoS is uniquely introduced by Harmony and it’s fundamentally different from variations such as Delegated Proof of Stake (DPoS). DPoS is designed to allow smaller tokens holders to delegate their rights to other participants who can then stake tokens on behalf. The idea is to eliminate the “rich get richer” scheme where large stakeholders are having higher profit margins. In the case of PoW you can increase your profit by adding more computational power. In PoS the computational power is equal for staking any amount. So, large token holders get more profit by spending the same amount of resources. DPoS wants to change that. As a user you are basically joining a pool where everybody gets to share the reward. But, this leads to clear centralization. The control of the network is centralized to the few delegated nodes. As a token holder you might get slightly higher rewards, but with what cost? What’s the use of blockchain if there’s not much decentralization anyway? Tezos, Waves, Lisk are protocols using this type of consensus mechanism and they increased in popularity due to no other functional alternative. Now that Harmony is where things could change. Let’s see how the alternative looks like.

As we’ve mentioned before, centralization is not the only issue. Scalability is another concern as PoS, similar to PoW doesn’t allow the network to sustain a higher number of occurrences. For years, this wasn’t really a concern for developers. Cryptocurrencies weren’t widely used. Not even the appearance of SilkRoad change that. The number of users on the dark web is not even near to the number of mainstream users. So, in 2017, when cryptocurrency hit the mainstream and seen a bit of adoption, most networks started to fail. One of the best examples is Ethereum which has seen network congestion many times, most notably when a cryptocurrency game, Cryptokitties, becomes popular. If the network can’t sustain a simple collectible game, how can we expect to have real DeFi apps running on it?

This is when Ethereum 2.0 was proposed. In the current Ethereum network, every single transaction needs to be processed by every single node. It’s decentralized. It’s secure. But, at the same time, it means that the waiting time for a transaction to be processed is of a few minutes. If minutes doesn’t seem long, imagine yourself navigating a dApp where every single button tap takes ~6 minutes to process. In 2.0, the Ethereum team introduced the idea of combining PoS with blockchain sharding in order to reduce the processing time to seconds! Sounds perfect. Anyway, until today Ethereum 2.0 is just a theoretical concept that was never technically implemented. And even if its theoretical solution would be implemented, the expected confirmation time is around 12.8 minutes.

In 2018, Harmony proposed a similar solution. And today, Harmony proved that the impossible is possible by upgrading its mainnet to support sharding in combination with its PoS mechanism and reaching confirmation time down to 8 seconds. That’s almost 100x faster than Ethereum 2.0! Let’s understand Harmony unique solution, now known as Effective Proof of Stake (EPoS):

Blockchain sharding removes the need of all nodes having to process the exact same transaction. Instead, the network’s state is split into partitions also called shards. Each shard has its own independent state and transaction history. Think of the traditional PoS as a single shard processing all the transactions and EPoS as this cluster of shards splitting the workload between them.

What’s the tricky part? Each shard has assigned its own validators. Similar from Ancient Roman wars where Divide et Impera (Divide and Conquer) was a successful strategy where they were splitting the opposing army into small weaker groups, after sharding the network gets exposed to the “Single-Shard Takeover Attack”. In this attack, if the validators of a single shard decide to collude they can sign malicious transactions that would inevitably go into the network’s history.

Harmony is smartly solving this problem by changing the way in which validators are elected. We’ve seen in other PoS blockchains like EOS or Cosmos validators being chosen from a so-called “committee”. Anyway, a committee has only a limited number of seats. Even if Cosmos opted for 100 validators opposing EOS 21, it’s still leading to centralization. In Harmony’s EPoS, validators are elected based on staked tokens. In a free economy as the one proposed by cryptocurrency, it’s the most efficient and economically secure way for validator election. As simple and effective, it easily removes the attack possibility and increases decentralization. Based on the criteria, every day the top 320 stakers get the 320 seats then split in the four shards (80 each). In this way, the validators in one shard need to have a similar stake which makes it very hard to overtake a single shard. 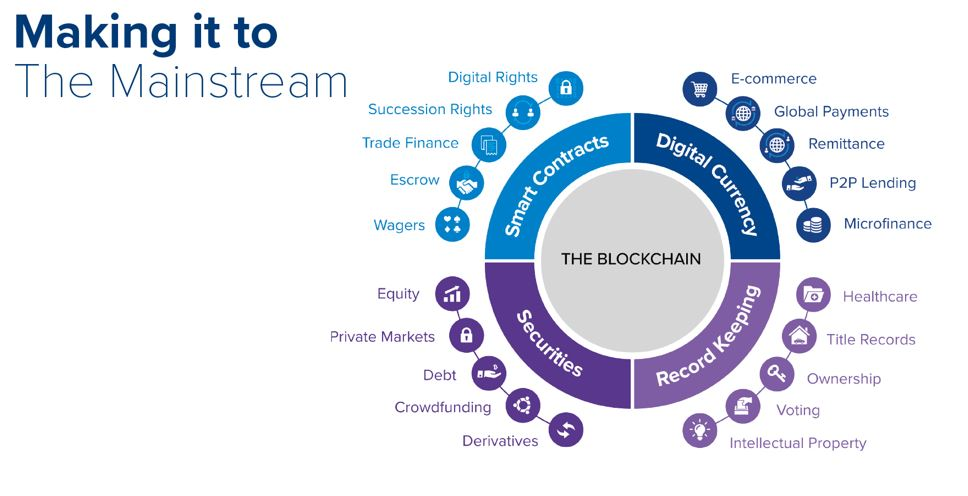 Based on its roadmap, by the end of this year Harmony is looking to increase the number of validators up to 1000 and significantly improve their protocol compatibility while incentivizing more developers to use it. That’s a smart move as the staking rewards ranging from 45% to 15% in annual yields in the first year is already outclassing other solutions of passive income so bringing validators won’t be an issue. Having more dApps developed would only bring the project to the next step that other projects can only dream of!