Are ‘mixers’ becoming a necessity in order to protect Bitcoin privacy? 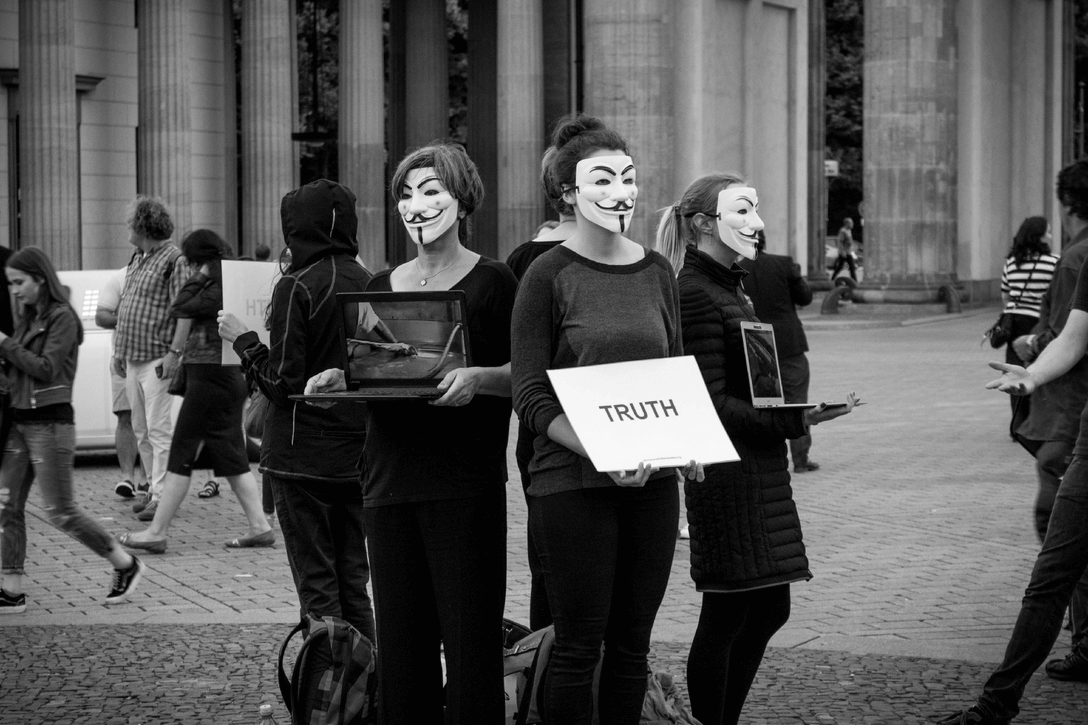 Photo by Florian Glawogger on Unsplash

The case can certainly be argued that Bitcoin is about to embark on another parabolic rise after the halving event and also as a reaction to plunging global financial markets.

The ensuing wave of institutional and retail investors could lead to some serious profits being made. However, where so much money is flowing and where there is so little actual know-how of the dangers involved and how to adequately protect oneself, the carrion crows of hackers and embezzlers will be circling ready to take advantage of some easy pickings!

The mainstream press has often given Bitcoin a hard time, stating that the number one cryptocurrency is a go-to haven for drug-traffickers, terrorists, and other nefarious groups outside the norms of society. However, given the enormous potential and the financial advantages that Bitcoin can give, more and more highly regulated institutions are starting to get involved and at the same time, retail investors are starting to put their hard-earned cash into one of the only assets that are seen to provide a decent upside.

The Bitcoin detractors who point out the perceived flaws do not see that in actual fact, fiat currencies are probably less traceable than Bitcoin is. After all, the bitcoin blockchain, on which the Bitcoin Cryptocurrency is based, has ‘transparency’ as one of its fundamental attributes. Once you make a transaction with Bitcoin, this is indelibly written to the blockchain, recording such details as the addresses the Bitcoin was transacted between. This enables anyone with the right knowledge to connect the Bitcoin addresses to the corresponding online identities associated with the transactors.

Some may say that they aren’t doing anything dishonest so what does it matter if someone digs up the fact that they bought some electronic items from a major online store? Well, apart from the fact that each person retains the right to privacy on every single transaction, the main problem here is that once you have been identified the door is now open to possible future attacks on your accounts and wallets.

Most people would not have a clue for example that when someone pays you an amount of Bitcoin, they are able to see exactly how much Bitcoin has been sent to your address. The more Bitcoin you have in that address the more likely a target you are for hackers so it's probably a good idea to have more than one wallet address.

Traditional financial organisations such as banks, building societies, credit card companies, etc. are centralised and therefore employ all the security infrastructure needed to take care of their client’s funds. If they are hacked then it’s their duty to reimburse the stolen funds. Bitcoin, however, is decentralised, and unless you are entrusting a third party with your keys then it is incumbent upon you to take all necessary precautions to protect yourself from attack.

‘Mixing’ bitcoin is becoming far more commonplace these days as more and more people are becoming aware of the requirement for protecting this valuable asset. Many sites that provide this service abound and all are jockeying for the position of being the trusted go-to for such an important service.

Anonymix is a relatively recent addition to the mixer space and does what its competitors do but it does have a couple of decent advantages that set it apart from the herd.

When you arrive at the Anonymix website there is no registration and you can begin mixing your bitcoin without revealing any of your identity details. Anonymix recommends visiting by using the Tor Browser in order to further increase your anonymity by not revealing search engine, browser, and ISP information.

Logs are held by Anonymix for 7 days before being deleted. This is in order to identify the mix should a problem occur. The client does, however, have the option to delete these logs themselves at any point during the 7 days.

When doing the actual mix, the client has the option to output the cleaned coins to as many as 10 addresses and can control what percentage of the mix goes to each one leading to further safety from being traced. As of writing this article, I don’t know of any other mixer service that gives so many addresses to output to.

For that nth degree of anonymity, a customer also has the option to set different time delays in order to make traceability an even remoter prospect.

Anonymix is really fast. Only one confirmation is required in order for the mix to be valid but obviously the customer will have to wait for the bitcoin blockchain to confirm the transaction in its entirety before the Bitcoin shows up at the customer’s addresses.

Fees are very low considering that your Bitcoin becomes impossible to trace as a result of the service. 0.3% is the current rate for each transaction, so $100 of BTC would actually cost 3 cents to mix. Also, if the customer is using more than 1 output address then each additional address would cost 0.0001BTC (about 94 cents per extra address).

Finally, Anonymix has come up with a novel way to attract more customers to its platform. There is a built-in raffle feature in that every 100th mix, an automatic extra 10% is added to the mix of the lucky winner.

Connotations of ‘criminality’ are often used in the media when talking about Bitcoin — money laundering, drug trafficking and the like are terms used to frighten potential investors and denigrate this asset in general.

However, Bitcoin as a serious asset class is here to stay. Large financial institutions are already firmly embedded and more are moving in as Bitcoin continues its asymmetrical rise as stock markets fall.

All investors into Bitcoin need to take every possible measure to protect their privacy, and in doing so, their Bitcoin. Stories abound throughout the internet of newbies (and not so newbies) who got hacked and lost their Bitcoin as a result. With Bitcoin trading around the $10,000 mark, losing your Bitcoin is akin to losing a large part of your wealth.

Bitcoin mixing is one powerful tool that can be used to keep your funds safe and as Bitcoin starts accelerating into the next bull market the demand for this sort of service will rise accordingly.

“Are ‘mixers’ becoming a necessity in order to protect Bitcoin privacy?”

Until something else comes along it can be argued there is no process so thorough as to wipe out every last vestige of traceability — Those wishing to protect their privacy and their wealth will certainly consider it a necessity.

Disclaimer: All the above views are my own and should in no way be taken as financial advice. All those wishing to invest in Bitcoin or use a Bitcoin mixing service should do their own full research or use the services of a fully certified financial advisor.