Bitcoin Cannot Stall The Next Big Crash For Long 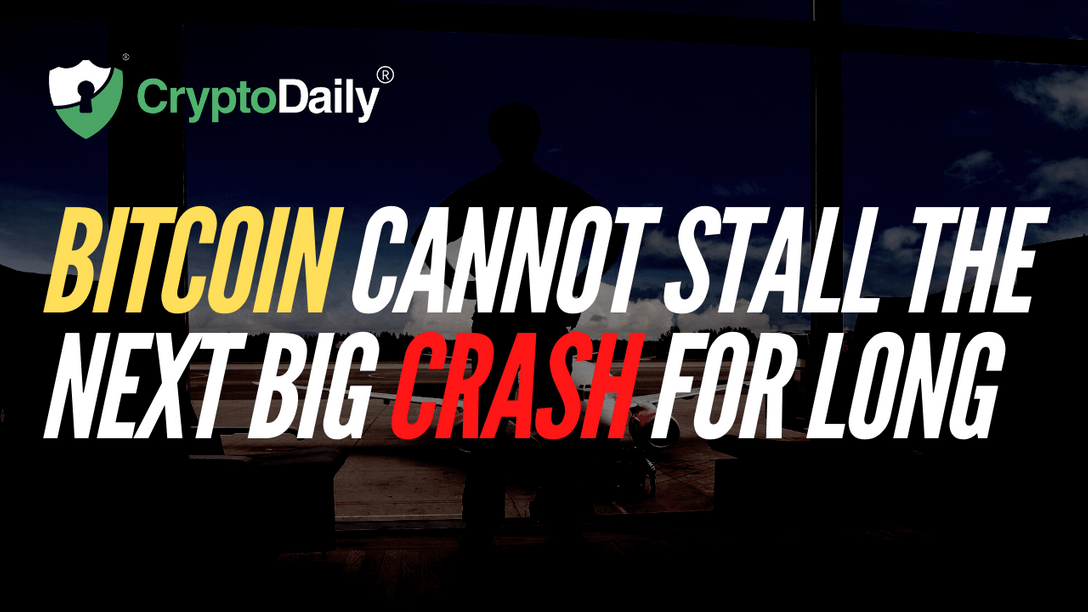 The price of Bitcoin continues to resist a major decline. So far, the market makers and whales have done everything they can to save the price from collapsing. If it weren’t for their efforts, BTC/USD would have already declined pretty aggressively. They barely saved it from declining down to zero previously in a flash crash. Even yesterday, the Bitmex exchange mysteriously went offline at a critical time. None of this is a coincidence. We all know that they wouldn’t have to resort to any of this if the trading activity was real for the most part.

It should be obvious to us by now that real new money is not entering the market while all of this is happening. The main focus of the market makers and whales at this point is to suck in the money on the sidelines waiting to make its mind. For that reason, they have been trying to make them believe that Bitcoin is printing an ascending triangle which is ready to shoot higher anytime now. I previously mentioned that we need to see BTC/USD flip $10k as support before we can be bullish on the market. If you want to be bullish on the market that is a major prerequisite. However, personally, I would no longer be bullish even if that happens.

One of the major reasons I expect a sharp decline is that we are now awaiting a major correction in the S&P 500 (SPX) as well as in Gold. Previously when Gold (XAU/USD) crashed below a rising wedge, it triggered a major decline in Bitcoin and we see it decline brutally to $3.8k. Bear in mind that it was much smaller decline in Gold compared to what we risk seeing here if it were to decline below this larger rising wedge. Meanwhile, EUR/USD has run into a key horizontal support and we would now be waiting for signs of a reversal. BTCUSDLongs/BTCUSDShorts is once again on the verge of a major decline. The last time it happened was around the end of February which coincided with the beginning of the previous major downtrend in the cryptocurrency market.