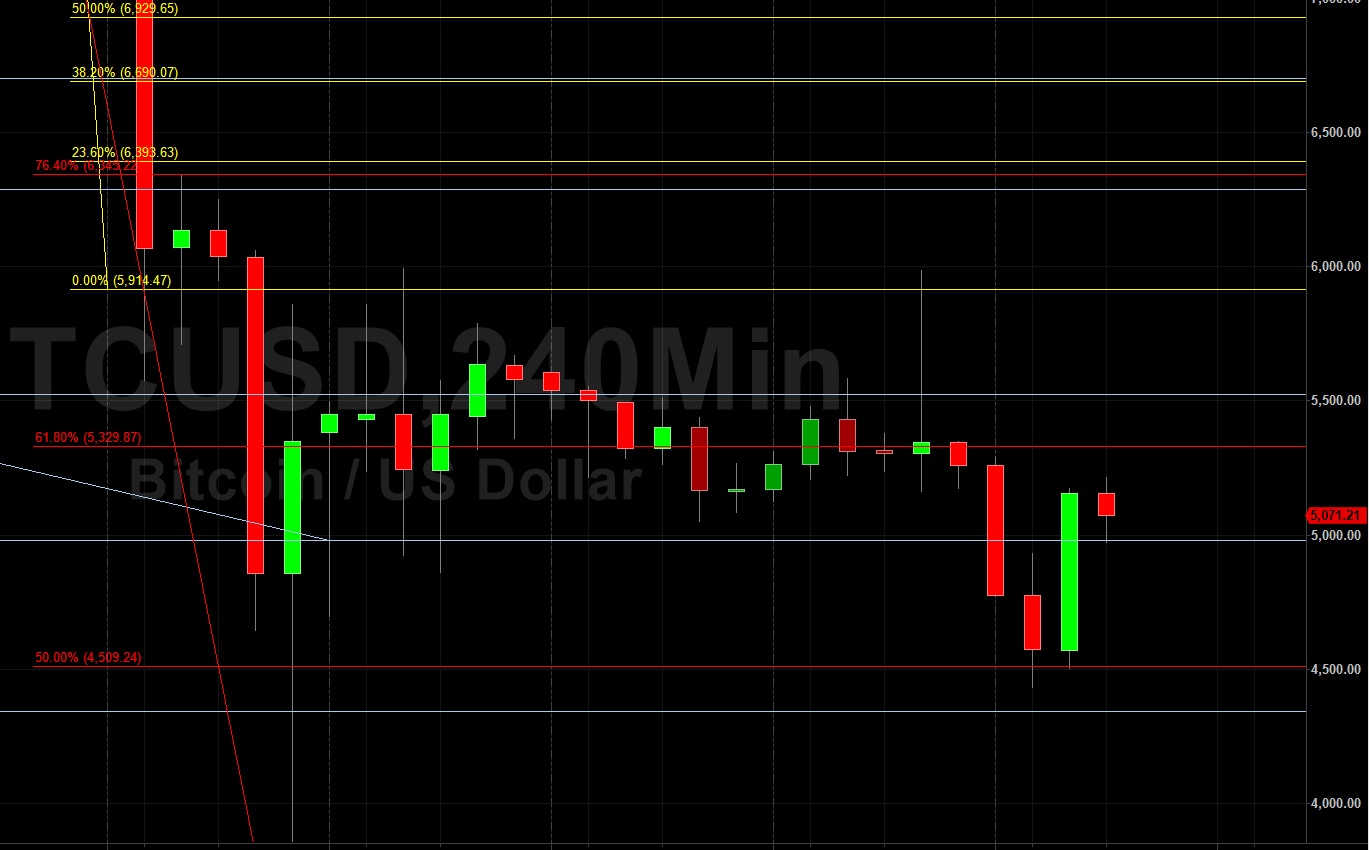 Bitcoin (BTC/USD) gained marginal ground early in today’s Asian session as the pair traded as high as the 5150.00 area after trading as low as the 4432.30 area during yesterday’s North American session.  Stops were elected below the 4860.00 and 4696.55 levels during the move lower, both of which previously represented upside price objectives related to the pair’s recent climb from the 3858.00 area.    The 5985.00 level represented an upside price objective related to buying activity that commenced around the 4860.00 area during Saturday’s Asian session.  One range that traders are carefully monitoring is the appreciation from last week’s recent relative low around the 3858.00 area to the 5995.00 level.  Buying pressure had earlier materialised at or just below the 4925.60 area, representing the 50% retracement of the appreciating range, and traders await indications the markets may move above or below this short-term range.

Ethereum (ETH/USD) gained marginal ground early in today’s Asian session as the pair traded as high as the 115.65 area after finding buying demand around the 100.50 area during yesterday’s North American session.  Stops were elected during multiple levels during the pullback lower from the 134.10 area during Monday’s Asian session.  These levels included the 116.39, 111.69, 105.18, 103.40, and 101.76 areas.  Traders are closely monitoring price activity relative to a recent range, namely the recent appreciation from the multi-month low around the 90.00 area and subsequent appreciation to the 148.00 area.  The market had been supported around the 125.84 area for several trading sessions, representing the 38.2% retracement of the appreciating range.  Prior to that, the market found some technical support around the 116.25 area, a very important technical level because it represented the previous recent relative low from late December.