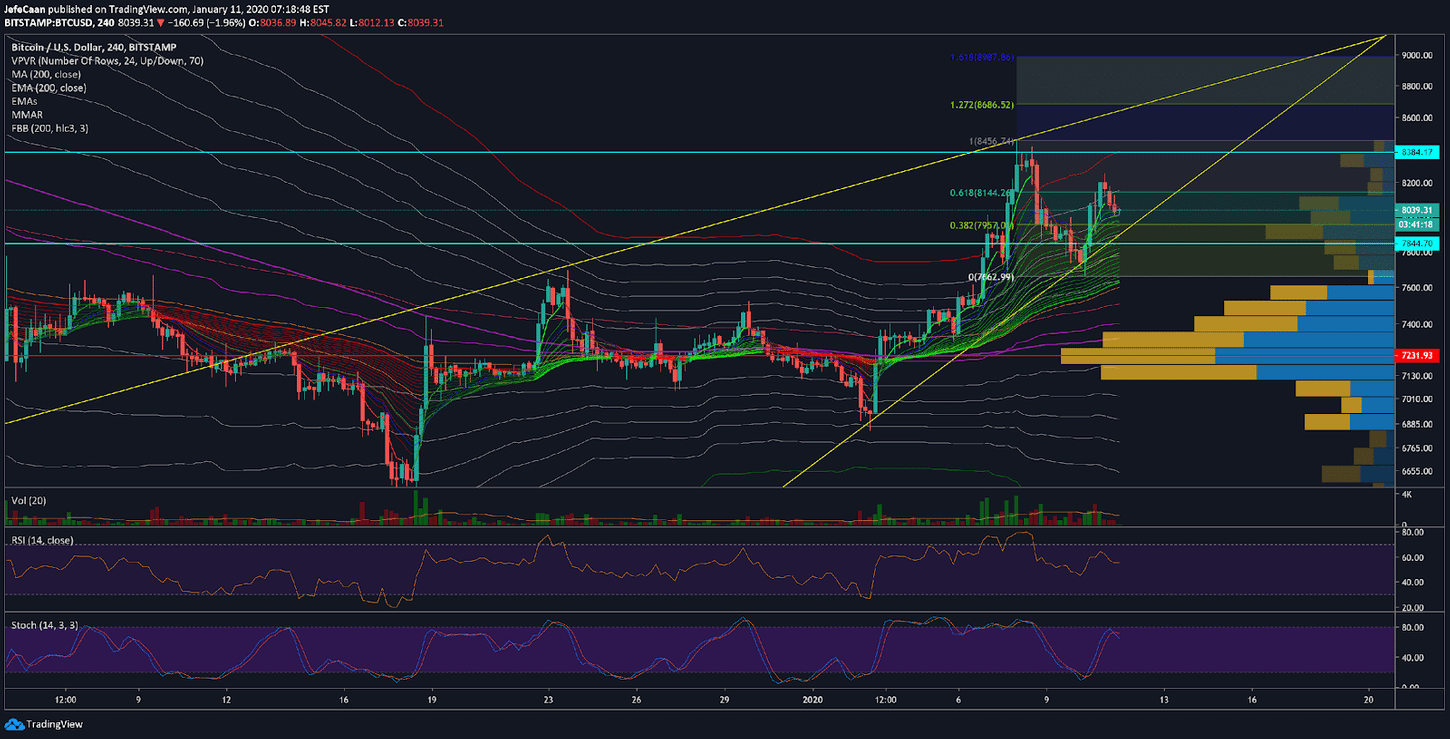 Bitcoin (BTC) made a remarkable move to the upside recently defying a mounting bearish pressure. We witnessed a large number of bearish positions being liquidated on margin and futures exchanges during the recent run up. However, we are now seeing a slow down as BTC/USD has broken the patten of higher highs and higher lows within the rising wedge it has been trading in. This has now increased the probability of a decline below $8k. However, a decline below $8k this time would also mean a break to the downside out of the rising wedge which has the potential to trigger a major downtrend. The $7,231 level would be a strong support level for the bears to break but we have seen Bitcoin (BTC) shoot past key S/R levels in the recent past without much resistance.

It all comes down to which way the big players want the price to move based on opportunities of liquidations. When the price recently broke past the $7.5k level, it kept on surging higher without any signs of a slow down to run as many stops as possible. The same happened when the price topped out at $8,456 and the market makers and whales turned to the bulls for stop hunting. The move that followed soon after the price topped out saw a large number of overly enthusiastic bulls being liquidated. That was a point where the bears got too excited and so the price ended up making another move to the upside to liquidate most off those easy bearish positions before the next decline. If BTC/USD declines below the rising wedge there is a high probability that it will be forming a lower low by declining below $6,429. 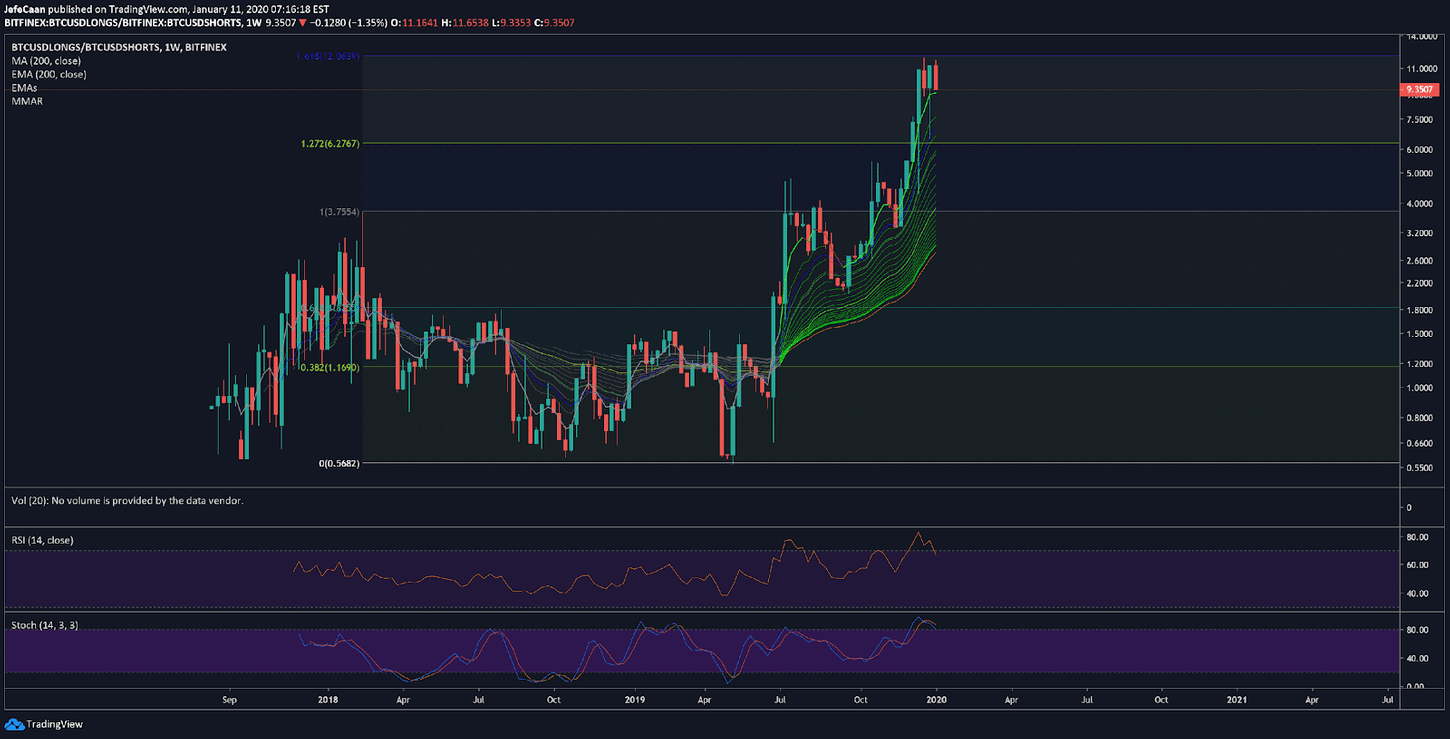 Based on the outlook of traditional financial markets as well as that of the cryptocurrency market itself, we still opine that BTC/USD is very likely to decline below $3k in the near future. Most brutal downtrends in the market have been seen at a time when the majority least expected it. As Bitcoin (BTC) heads into the next halving, the number of people that expect any significant correction continues to decline. Many traders and analysts would find it ludicrous to think BTC/USD could fall below $3k which is one of the reasons it may end up happening.

The weekly chart for BTCUSDLongs/BTCUSDShorts shows that the bulls are the most optimistic they have ever been in the entire history of Bitcoin (BTC). If this ratio was not so high, we would have been more inclined to think that BTC/USD could decline down to $5.5k and would end up beginning a new cycle from there. However, at this point the majority of cryptocurrency traders seems to have the $5.5k number in the back of their mind as a possibility. In other words, if BTC/USD were to decline to $5.5k, it would do so very aggressively because a lot of people would be expecting it. This would not be the maximum pain scenario. The actual maximum pain scenario would kick in when Bitcoin (BTC) does the unexpected and declines to take out the $3,130 low and enter a new phase of capitulation.