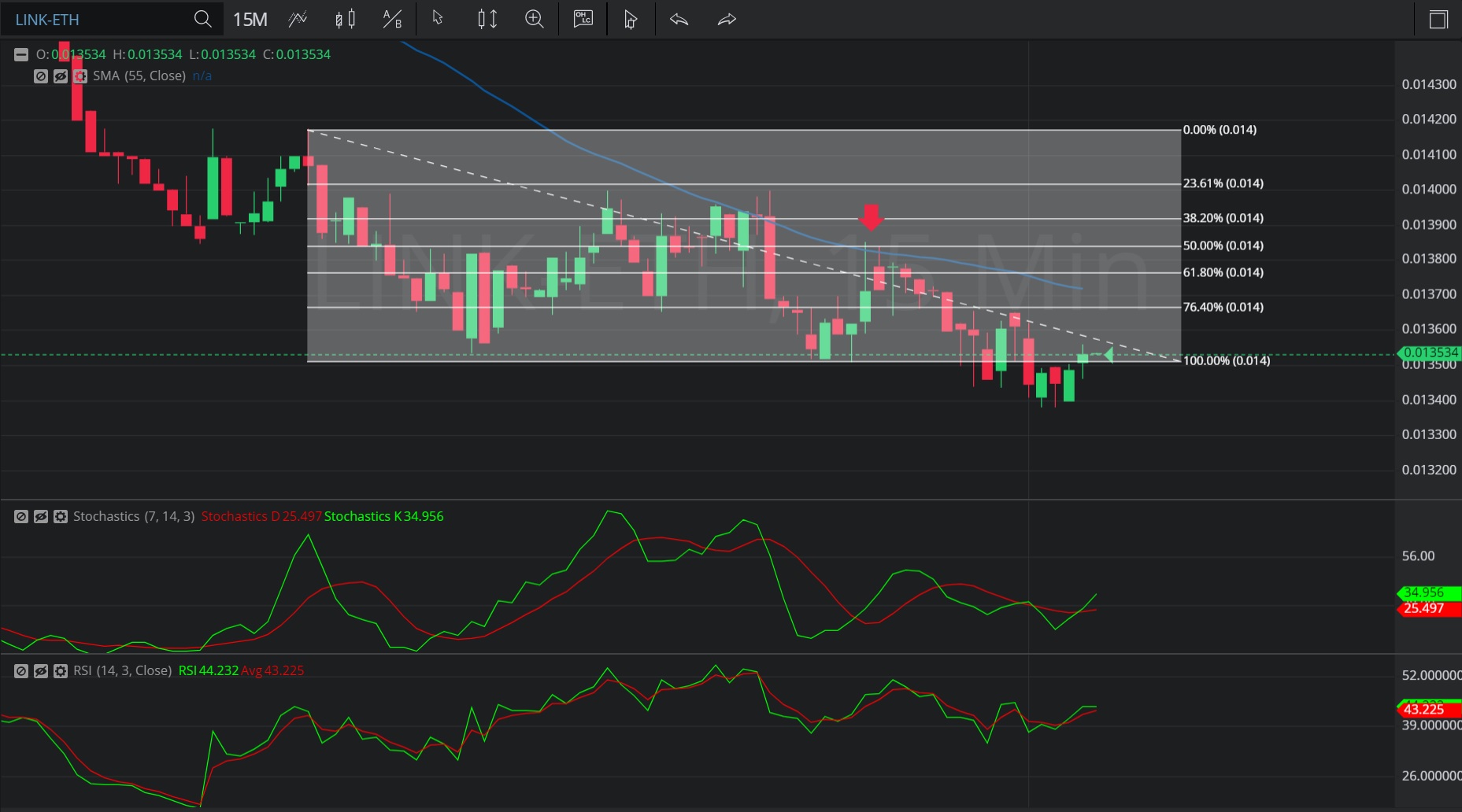 We can observe that the market then appreciated to the 0.013856 level (identified by the red down arrow), just above the 0.01385 area that represents the 50% retracement of the depreciating range.

We can observe that the market then depreciated to the 0.013382 area.

Using RSI, we can observe that the slope of RSI (14) became negative a few bars after the market traded as high as the 0.013856 level, and then RSI Average (3) bearishly moved above RSI (14). We can also observe the slope of RSI (14) turned positive after the market traded as low as the 0.013382 level, suggesting a price reversal could be taking place. This was confirmed after RSI (14) moved back above RSI Average (3).