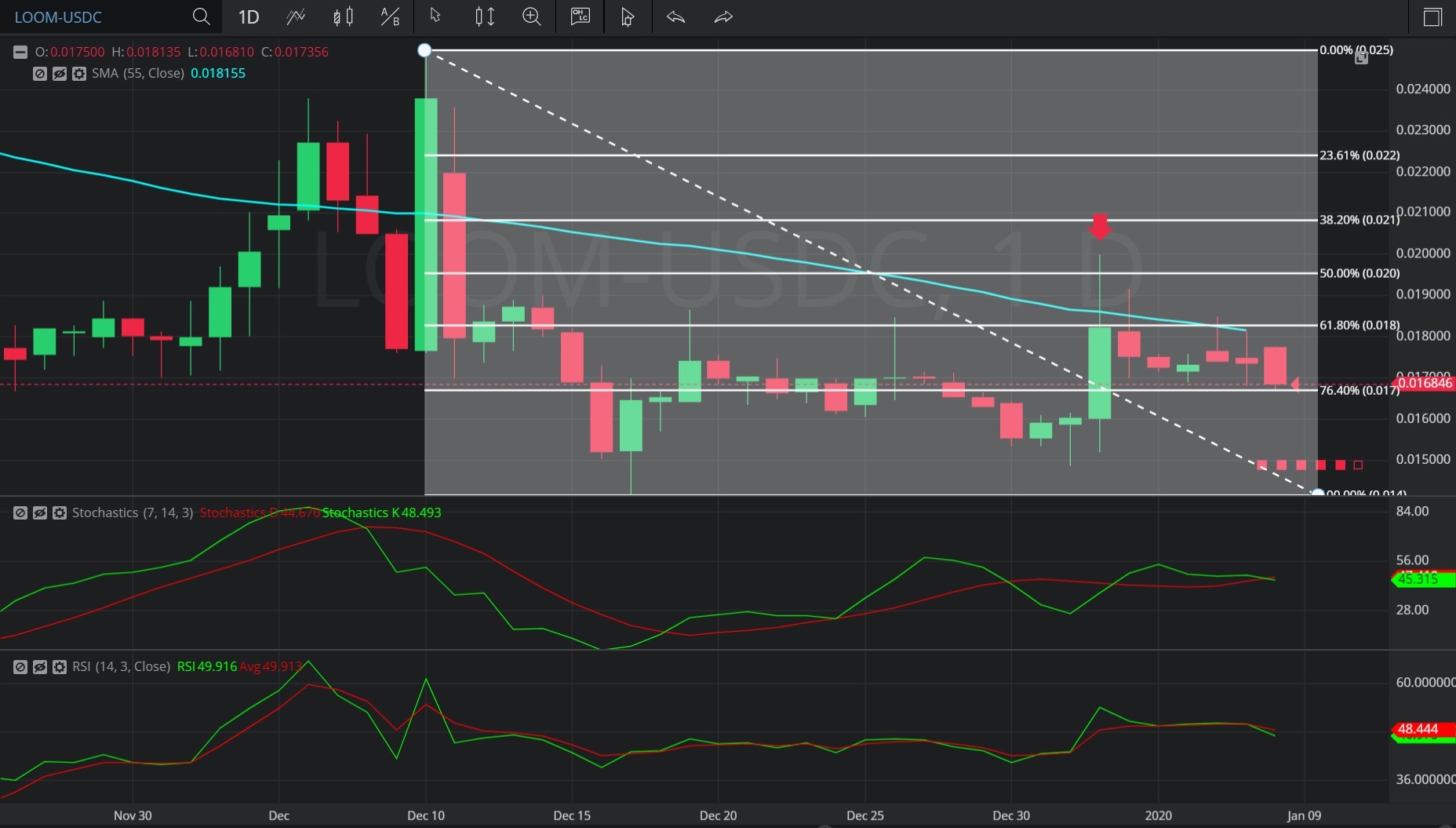 We can observe that the market then appreciated to the 0.02 level (identified by the red down arrow), just above the 0.0195965 level that represents the 50.0% retracement of the depreciating range.

We can observe that the 0.02 level was just above the 0.018591 level, the area where the 55-bar Simple Moving Average was indicating at the time.

The market then depreciated to the 0.0167 level.