Are Governments Really Worried About Cryptocurrency Like Bitcoin, Being Used for Money Laundering? 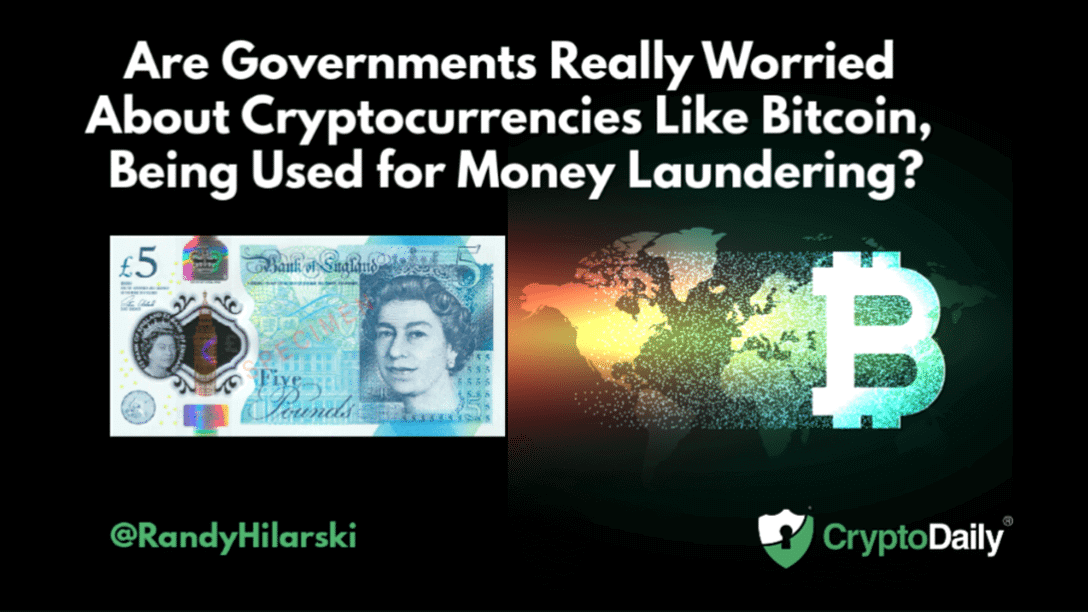 I am sure you can think of a few more. The cool thing about cryptocurrency and blockchain technology is that many of these applications are already being built.

What About My Money Randy? Should it Be Transparent?

Absolutely not, I think money should stay private as much as possible. What business does your neighbor, your local politician, your local police department, your countries police force or corporations have in knowing your private business? You would think after years of seeing corruption around the globe that people would wake up to the fact that governments, police, and corporations are not here to protect us but rather they are there to protect their own interests.

Now Let’s Look At What the UK Government Actually Thinks About the Risk of Money Laundering with Cryptocurrency or Digital Currencies.

Here is a chart from the UK government where they have put together a “National risk assessment on money laundering”. The chart was originally published in 2015. The text below is from 2017.

I Don’t Know About You But I Don’t See a Government That is Very Worried About CryptoCurrency.

Why would governments around the world scream from the rooftops about the use of cryptocurrency and Bitcoin as a means for money laundering and facilitating crime? I will tell you why “they want to have their own digital currencies!” The UK is just being more open than other nations concerning the issue. As you can see from the chart above the biggest risk is banks!

In a World, That is Growing More Transparent Maybe it is Time We Choose to Keep Our Money Private.

We have many options in cryptocurrency to facilitate privacy. Some are more private than others. My favorite new technology is MimbleWimble. Transact privately without having your transactions publicly logged on the blockchain for the world to see. My favorite Mimblewimble cryptocurrency is Epic Cash. Some other MimbleWimble projects to check out include Grin and Beam.

Once Again, “Don’t listen to what people say, watch what they do” Regarding Digital Money.

In this case, we are talking about governments and of course the banks. It is amusing to sit back and watch politicians and bankers come out and bash cryptocurrency while they have their minions building their own form of centralized digital money. Keep your money private!

I want to thank Crypto-4-Beginners for Finding This Gem of a Document!