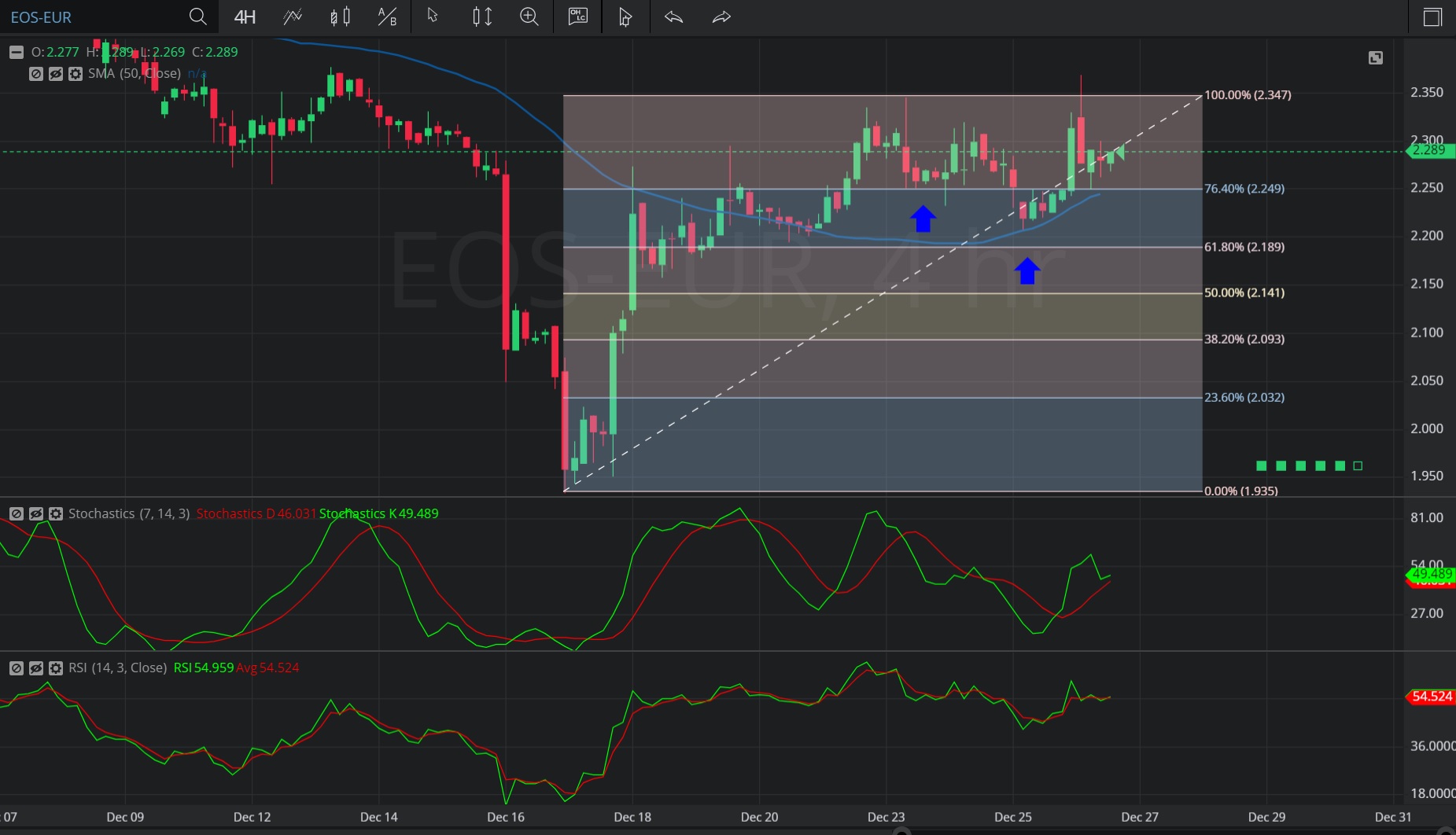 We can see the market then pulled back to the 2.251 level (identified by the first blue up arrow) and then fell to the 2.233 level before moving higher. Notably, the 2.251 level was right around the 2.248768 area that represents the 23.6% retracement of the appreciating range.

We can see the market then depreciated further to the 2.206 area, right around the 50-bar Single Moving Average (identified by the second blue up arrow).  Notably, this move lower was above the 2.188616 area that represents the 38.2% retracement of the appreciating range.

We can observe that the market then appreciated further.

Using RSI, we can observe the slope of RSI Average (3) became positive after the 50-bar Single Moving Average was tested, and that RSI (14) bullishly moved above RSI Average (3), suggesting additional price appreciation may occur.