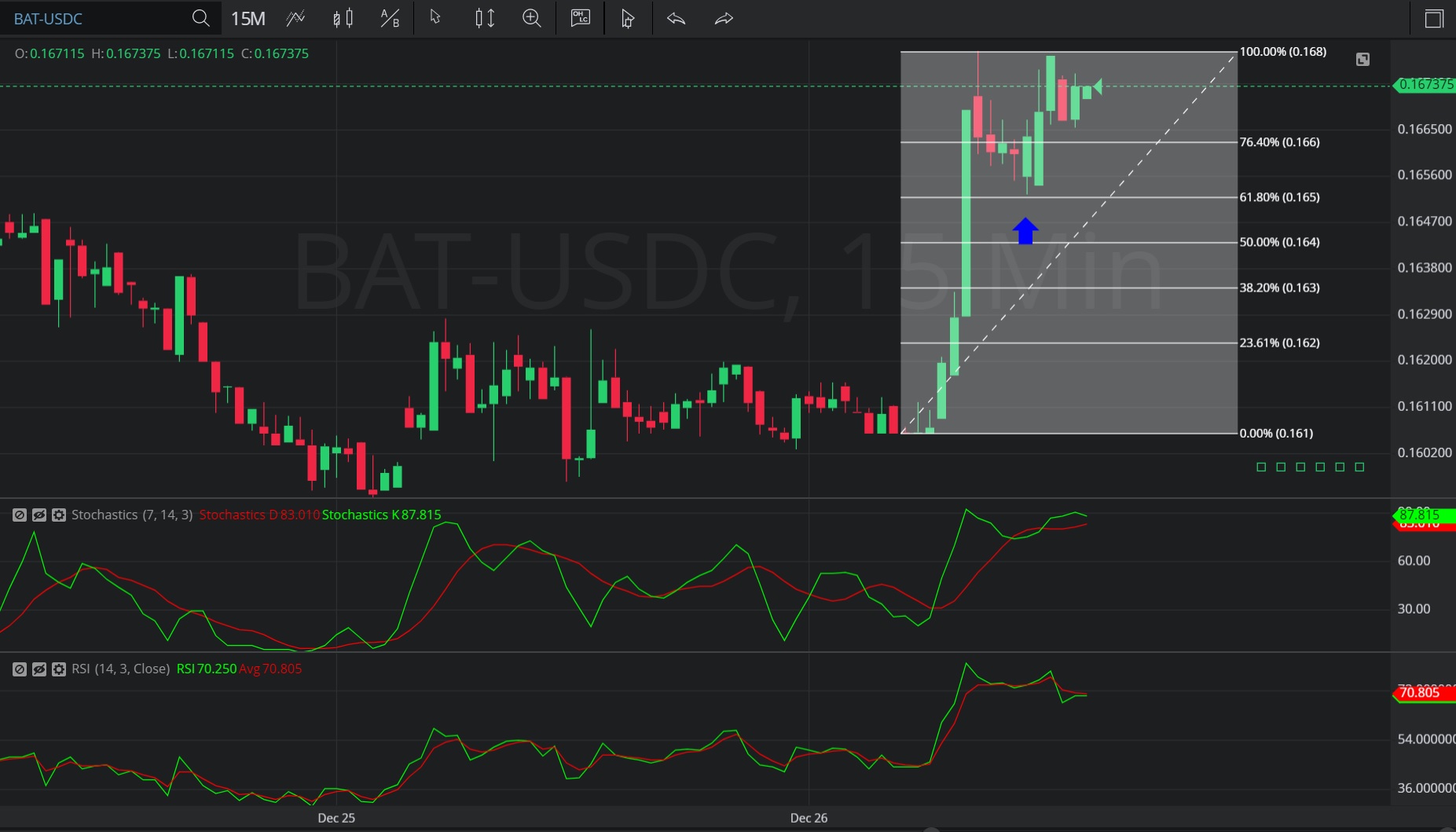 We can observe the market then depreciated to the 0.165269 level (indicated by the blue up arrow), just above the 0.16521028 area that represents the 38.2% retracement of the appreciating range.

We can observe the market then extended its appreciation further.

Using RSI, we can observe the slope of RSI (14) and RSI Average (3) both became positive after the market traded as low as the 0.165269 level. We can also see that RSI (14) bullishly moved above RSI Average (3), indicating probable price appreciation.