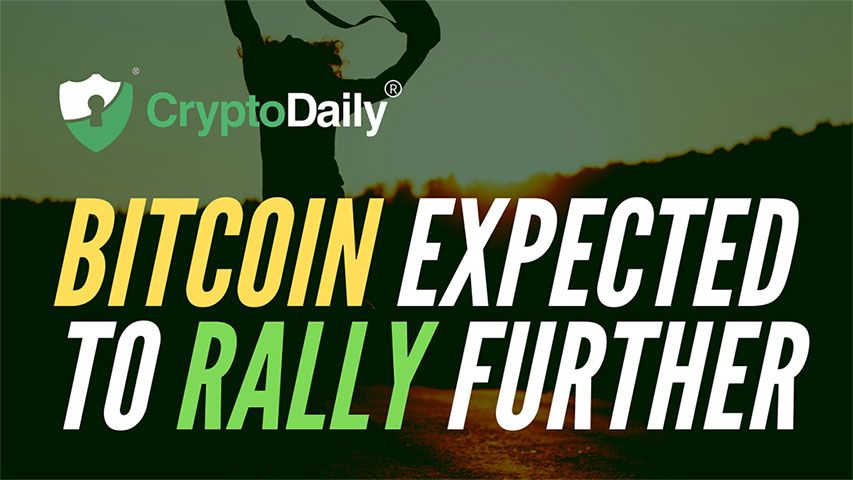 Bitcoin (BTC) has undone its move that it made on the weekend and the price is back where it was. We called this move in our Sunday’s analysis as the most probable scenario and it has now played out successfully. The question now is, “where is Bitcoin going next from here?” So far, the price is holding strongly above the $7,243 support. However, it remains vulnerable as it could decline within the falling wedge soon as this support is breached and the price starts moving down. As long as the price remains above this support, the bulls do not have much to fear and a move to the upside could be expected. If BTC/USD rallies higher from here, we would expect a retest of the 200 moving average which would potentially push the price past $8,000.

The EUR/USD forex pair has had a strong impact on the price of Bitcoin (BTC) which is why it is important to take it into consideration. The near term outlook of the pair remains bullish as it has just formed a double top but considering that it is trading within a descending triangle, we could see a move down at some point. In any case, Bitcoin bulls do not have much to worry about as long as EUR/USD stays above the 61.8% fib extension level. If it breaks above the 38.2%, that would be an even more bullish development and BTC/USD could certainly push past $8,000 in the case. Ethereum (ETH) shares a similar outlook and we can see that the manner in which it has revisited the 38.2% fib extension level at $147.45 is quite similar to how ETH/USD retested the 38.2% after it had rallied off the temporary bottom following the previous crash.

Bitcoin Dominance (BTC.D) continues to show signs of weakness. This goes in favor of the market as it means altcoins could rally near term against Bitcoin (BTC). This would be in line with our near term expectations for the market. Some cryptocurrencies like VeChain (VET) have already started rallying these past few days. Considering that the Fear and Greed Index is already flashing a “fear” signal, this might be a good time to consider being long near term. However, it is important to realize that there isn’t much room for further upside. Any bullishness from here on out is not likely to last more than a month’s time. This temporary bullishness should therefore not be confused with a trend reversal as the market is far from beginning a new bullish cycle just yet.