What’s Your Alternative If Mining And Staking No Longer Pays Off? 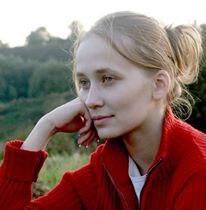 Acquiring cryptocurrency assets has been quite an adventure during the past decade. From early Bitcoin miners to Ethereum miners, tales of wild gains abounded. Later, even obscure coins and tokens, mined and hoarded on consumer computers, were also a source of wealth.

But by 2013, mining was becoming highly competitive, at least for Bitcoin. Later, amateur miners had a second chance with Ethereum and the more obscure coins. But running a powerful GPU was not a trivial task and power-hungry mining ASICS produced very little BTC.

Mining altcoins: not viable in a bear market

Mining smaller coins was viable during the 2017 extravaganza, leaving the miners who held reserves of some coins rather well-off. But then projects started to multiply. New startups realized that even if they offered mining as a source of passive income, there were just not enough knowledgeable and enthusiastic miners to go around. A network with only a few machines could be easily attacked.

The end of amateur mining and small-scale networks seemingly came in 2018, when Bitcoin Gold, a GPU-mined hard fork of Bitcoin, was one of the prominent victims of a 51% attack, suffering huge losses from double spending. Ethereum Classic was later targeted, only because so few miners were on its network. Project creators realized that mining did not offer enough security for a new coin. Thus, proof-of-stake was born.

Proof-of-stake only requires users to hold onto coins and keep a wallet open - it’s as simple as that. Based on various algorithms, they would be rewarded with new coins (the simplest way is to prorate the coins based on the amount held in the wallet).

Masternodes and staking past their time

Projects tried to be smarter than that, though. Some found a way to sell more of their coins and tokens. Masternodes and other various types of nodes were invented. These require an upfront investment to acquire a predetermined amount of coins. Some masternodes, as in the case of Dash, could cost as much as $200,000 during peak prices. Others require a few thousand dollars.

Unfortunately, when the bear market hit altcoins, those masternode investments turned into nothing - and what was worse, the rewards were so disproportionately small to the initial investment. Some projects even aimed to offer higher rewards, but most were borderline scams.

Is lending an alternative?

Exchanges, which held a rather large wallets of altcoins, attempted to adapt. Lending programs started to appear, offering passive income for simply locking up the coins, instead of capitulating and dumping. But those lending programs offer a limited opportunity for earnings, and are available only for a handful of assets. Exchange-based earnings on Binance Lending range between 6% annualized and above 14% annualized depending on the asset. But keep in mind that some assets may fluctuate more than the interest rate during the lockdown period.

Another opportunity comes from decentralized finance, or collateralized lending. For those that own Ethereum (ETH), this is an opportunity to put the coins to work. Perhaps the most prominent smart contract and organization for lending is Maker DAO, which holds ETH in exchange for DAI, a dollar-pegged coin. The DAI can be used in various ways, for trading, further lending, or as a fixed-price asset. Maker is over-collateralized, that is, the ETH held in its smart contract is redundant. The minimum collateral is 150% - meaning a serious cut to ETH prices.

While Maker is popular, it does hold certain risks. First, the ETH market price fluctuates, creating risks that DAI will not be backed by sufficient funds. Then, Maker uses a smart contract on the Ethereum network - and competes for bandwidth. This can lead to higher prices for transactions or significant backlogs. Maker will aim to become a multi-collateral lending scheme, but so far it remains highly dependent on Ethereum. More than 1.4 million ETH are currently held as collateral, with more at stake in the future.

As it turns out, timing is everything when it comes to crypto assets. Earning extra income is always possible - but only with the right tools. DeFi and crypto lending can patch up lowered returns, and offer higher interest rates than banks, but there is always the market price risk added to the mix, which may wipe out the value of the rewards.

That’s why cryptocurrency evolved, and while veering away from gambling and Ponzi schemes, new investors are becoming more conscious of the risks; they are seeking opportunities that avoid most of the above pitfalls. One popular alternative we’ve found is Modihost, which created an agile earnings scheme that harnesses the hospitality business to support crypto-based returns.

Modihost bases its accounting and returns on data generation, unlike most crypto lending and DeFi schemes that often rely on newcomers to support the income generation.

What daily lending operations through a pool system could offer

Modihost is building an AI-powered smart contract data system to handle the data generated by hotels. The hospitality industry currently relies on a mix of legacy systems and innovation, while facing the challenge of providing clear information to the evermore active worldwide travellers. Most hotel legacy systems fail to gather the rich data that is potentially available. Modihost has seized this opportunity, building up something beyond a database - a complete profile of customers.

To put such an ecosystem to work, Modihost integrated a system of pools holding the AIM token. The token itself will be used to pay for computation on the hotel management system (HMS). Pools will work for both the hotels and customers lending AIM to hotels to use the smart contracts and proprietary AI functions. At the same time, pools can become hubs where investors can store AIM and receive returns based on real-life economic activity and data usage.

The HMS will bring together multiple interactions, including reservations and side services such as transfers, dining, and entertainment. Hotel managers will have access to a data-driven approach, with better control over the hotel’s expenses and resources. For this system, pool operators are the most important link that lend the right amount of AIM tokens to match the needs for computation.

For an AIM token holder, the system allows for short-term, agile lending, which can build up to rather appealing returns. The tokens, which are only locked for the time of computation, garner a predetermined payment of the interest rate by hotel operators. For the owner of 10,000 AIM tokens, the returns may grow to as much as 59% annualized for the tokens held in custody.

Those returns are only the simplest model for AIM owners. Modihost aims to build a community, and offers incentives for popularizing the HMS. Hotels are incentivized to become long-term users, to receive an even better fee structure for computation.

Passive income from crypto assets is never passive. The windows of opportunities were narrow and shifted fast. In only a few years, mining was out of the reach of amateurs and staking turned out to be either a losing activity or an outright scam, especially when it came to selling masternodes. Using smart contracts for decentralized finance has its risks, and is also based on risky lending. Exchange-based lending programs offer only limited returns during the lockdown period, which is also long and exposes the owner to market price risks. Modihost, on the other hand, bases the value and returns on real-world earnings, based on computations performed on its hotel management system, which makes it an entirely different form of crypto-based passive income unlike any other approach, until now.

Paraguay To Introduce Legislation In July To Adopt Bitcoin