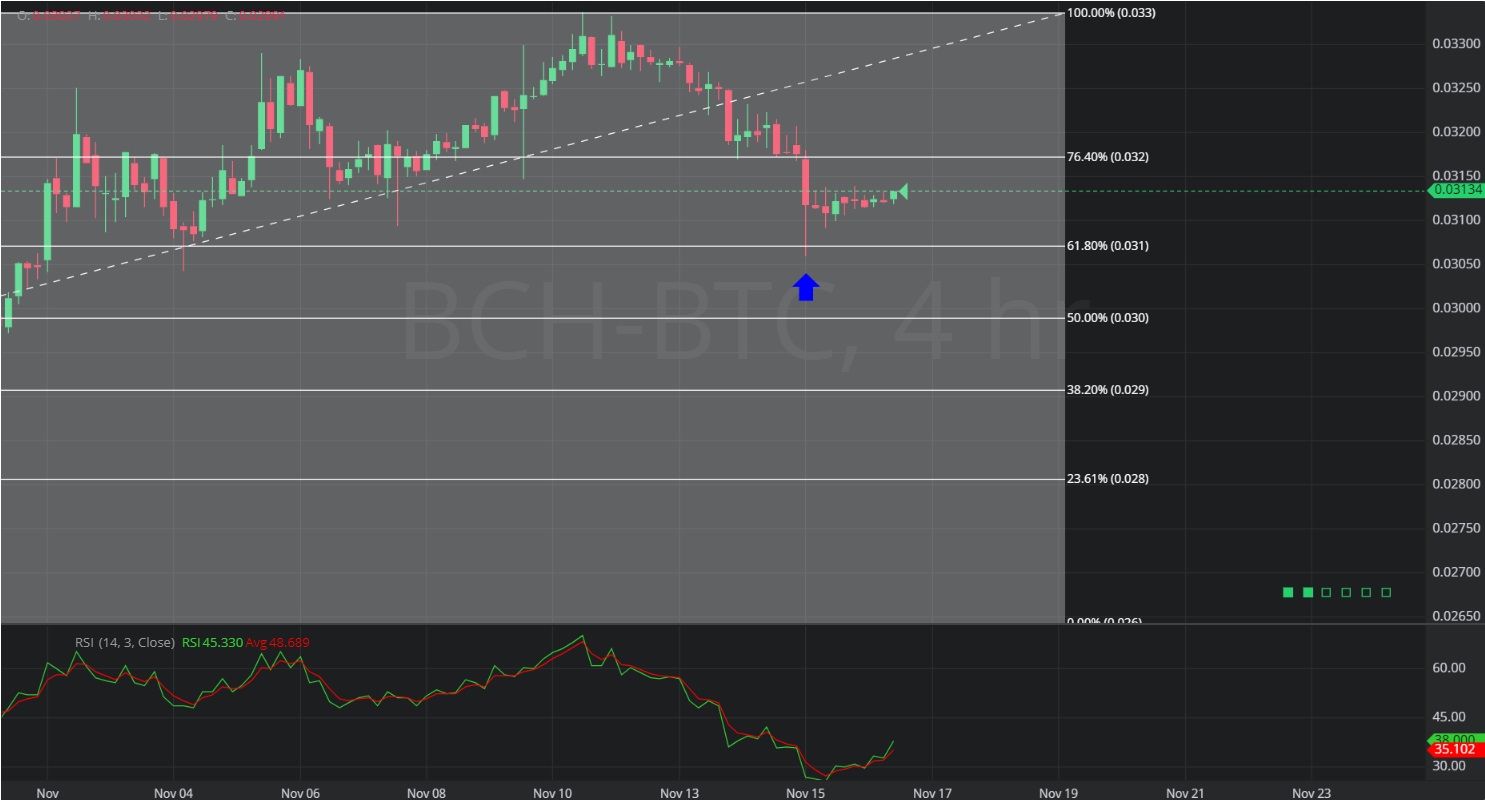 We can see the price depreciated to the 0.03060 level (identified by the blue up arrow), just below the 0.03704 level, representing the 38.2% retracement of the appreciating range.