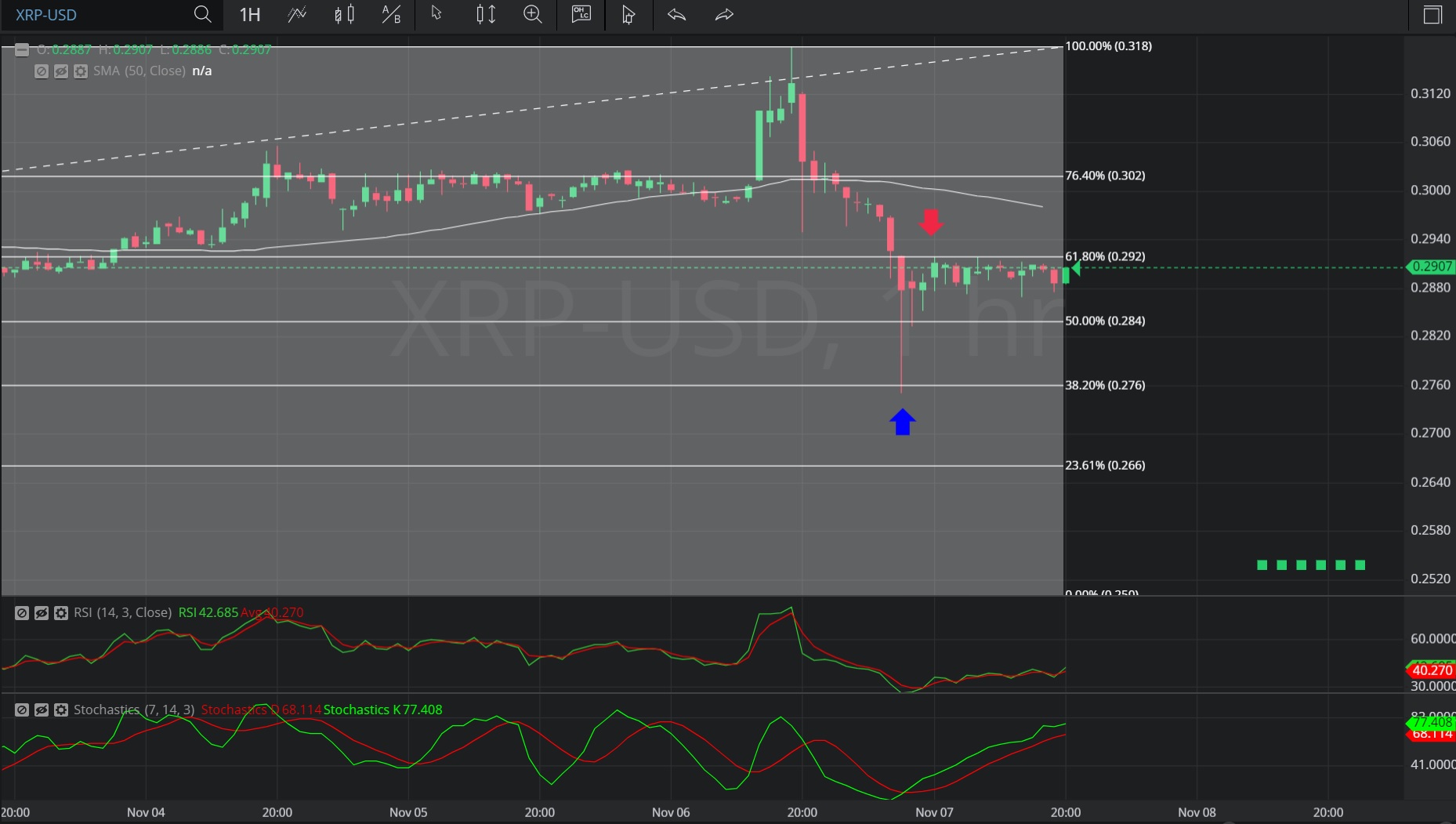 We can see that price activity then appreciated and tested the 0.291962 level (identified by the red down arrow), representing the 38.2% retracement of the aforementioned range.

Using RSI, the depreciation from the 0.3179 level was confirmed by the crossover of RSI (14) below RSI Average (3) and the downward sloping RSI (14).

Using Slow Stochastics, the depreciation was also confirmed by an increasingly negative slope in both SlowK and SlowD, and a divergence between the two with SlowK crossing below SlowD.

Using Slow Stochastics, the appreciation higher was confirmed by the crossover of SlowK above SlowD, and a positive slope to both SlowK and SlowD.