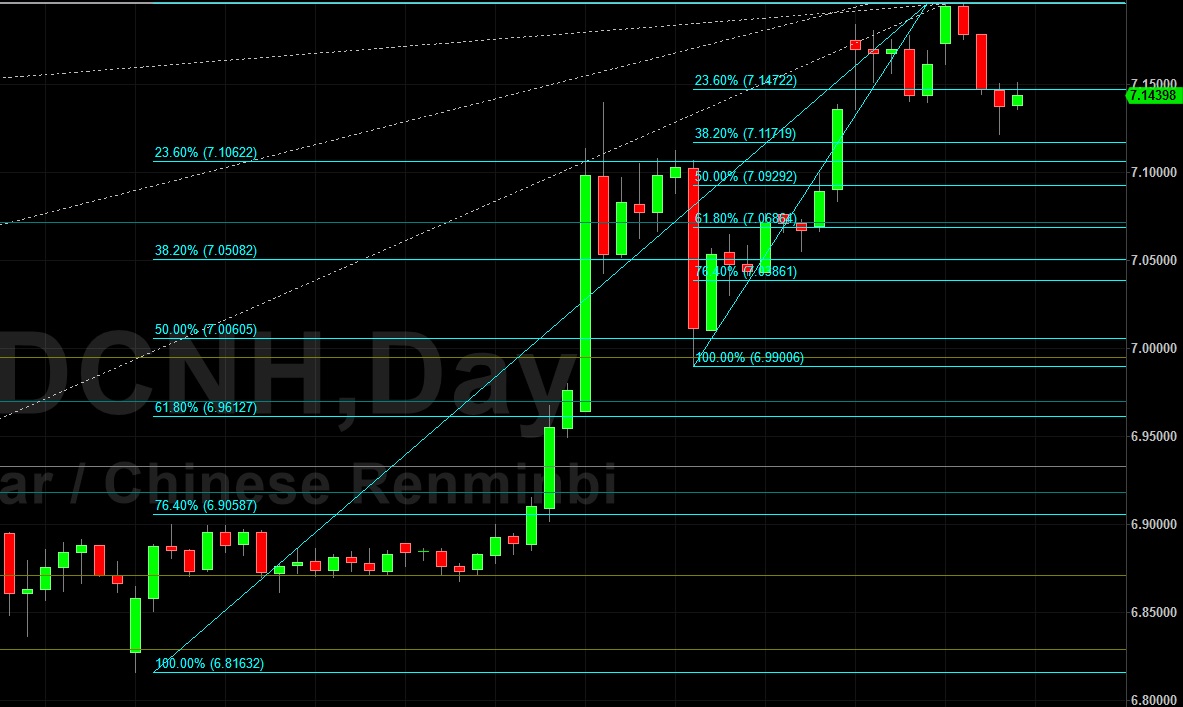 EUR/USD lost a small amount of ground early in today’s Asian session with the pair falling to the 1.10298 area following yesterday’s high of 1.10848.  The market has been bid for three days following this week’s low of 1.09263, the weakest print since May 2017. Traders are eyeing the 1.08624 area, a significant technical level that represents the 76.4% retracement of the 1.03395 – 1.25550 range.  Traders await German July industrial production numbers along with Eurozone Q2 GDP and employment data today. If Q2 GDP data print below 1.1% y/y, it will bolster the case for more policy accommodation from ECB next week. Major data in the US today include August non-farm payrolls with one forecast calling for a 160,000 print and an unemployment rate around 3.7%.

USD/JPY was bid higher early in today’s Asian session as the pair climbed to the 107.102 area, adding to its upward progress following its recent low print of 104.463.  Stops were elected above the 106.891 area yesterday, the 50% retracement of the recent depreciation from 109.318, and this area has coincided with today’s intraday low.  The 107.463 area is the pair’s next upside price objective with Stops likely in place above. A couple of upcoming data prints include the July leading index and July coincident index, and may add to the weak July real earnings data from this week.  BoJ’s next interest rate decision is set for 19 September.

GBP/USD was slightly lower early in today’s Asian session with an intraday low around the 1.23221 area after peaking around the 1.23538 area yesterday. Traders lifted cable from a recent low of 1.19586 earlier this week, its weakest print since October 2016, following the high drama in the UK Parliament regarding Brexit, the prospects of a new UK election, and even the immediate survivability of BoJo’s government.  BoE August inflation data will take centre stage with a print below 3.1% possibly supportive of additional BoE policy options on 19 September. EUR/GBP was slightly better with an intraday high of 0.89558 following three solid days of intense selling pressure from the 0.91484 level.  Traders await more news from the UK government to assess PM Johnson’s options following his resounding defeat in Parliament this week.

USD/CHF improved to 0.98736 early in today’s Asian session after a volatile several days that saw the pair reverse higher around the 0.97984 area earlier this week, just above the 50% retracement of the move from 0.96597 to 0.99292.  The 0.98803 is the pair’s next upside hurdle, followed by the 0.99485 area. August foreign currency reserves data expected today are unlikely to move the market. SNB’s next policy decision is scheduled for 19 September.

USD/CAD came off early in today’s Asian session as the pair faded to the 1.32082 area following this week’s selling pressure that emerged around the 1.33826 area.  If traders are able to take the pair back below the 1.31993 area, bears will target Stops below 1.31691 and target the 1.3156 and 1.3145 areas, below which bids are likely in place ahead of 1.3102. Important Canadian data ahead include August employment and wages numbers with a 5.7% print expected in the headline unemployment rate. BoC held headline interest rates steady at 1.75% this week.

AUD/USD extended recent upward momentum early in today’s Asian session as the pair traded as high as 0.68236 following yesterday’s high print of 0.6830. Major buying pressure emerged this week when the pair climbed higher from the 0.66887 area on broad-based US dollar weakness.  RBA held its Cash Rate Target steady at 1.0% this week.

NZD/USD added to recent gains early in today’s Asian session as the pair climbed to the 0.63906 area with traders eyeing additional Stops expected above the 0.63924 area. Above that area, traders anticipate some selling pressure around the 0.64289 area with some additional Stops likely in place above the 0.64347 level.  RBNZ will announce its policy decision on 24 September.

USD/CNY traded as high as 7.15143 early in today’s Asian session following three days of downward pressure that saw the pair decline to the 7.12163 area from its recent high of 7.19662.  The US dollar’s broad-based weakness this week contributed to the move lower. The Chinese government and Trump administration remain embroiled in a major trade war, and there is a new glimmer of optimism on the news that trade negotiators will meet in Washington, DC in early October. Chinese officials were quoted as saying they seek to “create good conditions for negotiations.”